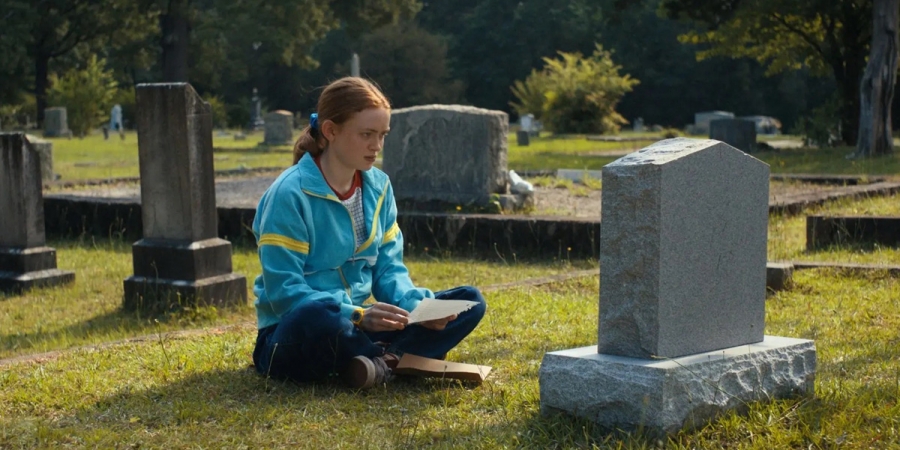 Photo: © Netflix
There's nine new episodes to work through, but how much can you remember about the new season's fourth episode, 'Dear Billy'? Test your knowledge with this tricky Stranger Things season four trivia quiz.
Max is in grave danger... and running out of time. A patient at Pennhurst asylum has visitors. Elsewhere, in Russia, Hopper is hard at work.

1. What does Steve grab as a weapon as he ventures out into the darkened school corridor?

2. What poster did Robin spot on Nancy have on her bedroom wall?

3. What is the number of the Alaskan motel room that Joyce and Murray stay in?

4. What sport are the government agents watching on television while guarding the Jonathan and the kids who are under house arrest?

5. Every ingredient at Surfer Boy Pizzas is fresh, apart from what?

6. What is the name of the mental hospital that Nancy and Robin visit to speak to Victor Creel?

7. What is parked outside of Yuri's Fish N' Fly?

8. How much cash did Joyce and Murray take to Yrui?

9. How did Hopper escape from the Russian prisoner work site?

10. What does Vecna tell Max outside her trailer?

12. What is the name of the ward at the hospital where Victor Creel is being held?

13. Which horror movie legend plays the role of Victor Creel?

14. Will has a posted for which of these movies on his bedroom wall?

15. Where does Hopper hideout after escaping from the Russian prison?

16. Max takes the gang to her brother, Billy's grave, but where is he buried?

17. What were the names of Victor Creel's children?

18. When Nancy visited the mental hospital, she used a fake name, what was it?

19. A patient at the mental hospital makes a reference to which Disney film during Nancy and Robin's escape?

20. Dustin saves Max by playing her favourite song on his walkman, but who is it by?