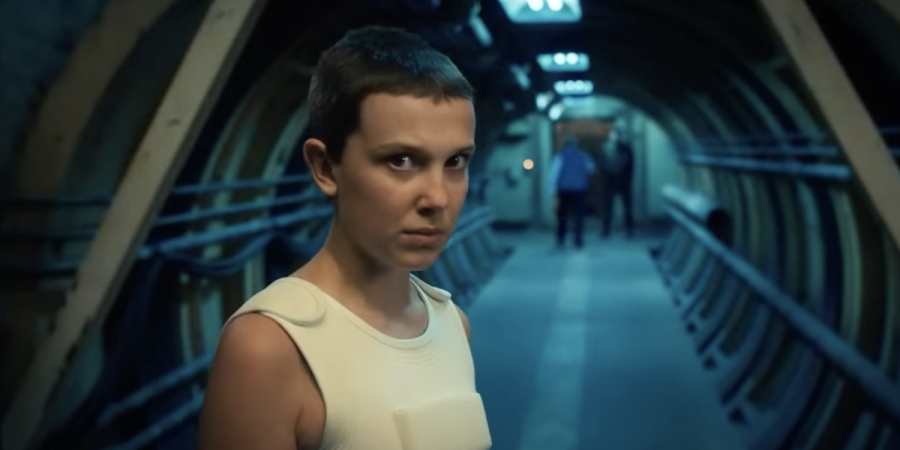 Photo: © Netflix
The fourth season of 'Stranger Things' concludes with its two final episodes next week and Netflix have just dropped the official trailer to get fans excited.
'Stranger Things' returned to Netflix on May 27 with seven new episodes, which made up volume one of the season, but there's more to come and today fans got a taste of what to expect from the season's conclusion.
The epic two-part season finale will premiere on Friday, July 1 only on Netflix. The dark trailer is set to the haunting sound of Kate Bush's 1985 track 'Running Up That Hill', which has topped the UK singles chart since being featured in the first part of the fourth season of Netflix's hit supernatural series.

The dramatic teaser gives nothing away about the finale, which is likely to feature the gang of friends from Hawkins' showdown with the murderous dark entity from the Upside Down known as Vecna.
The story began in seven new episodes that were dropped at the end of May, but will conclude in two final episodes, including a feature-length season finale. The two new episodes, entitled 'Papa' and 'The Piggyback', will both drop on the same day.
Judging by the trailer for volume two, it seems that the Creel House will play a big part in the season finale. The creepy house is the former home of Viktor Creel, played by Robert Englund, where a family was brutally murdered.
The trailer also features season four newcomers, the Hellfire Club, getting involved in the action, and as you'd expect hints at Eleven returning to the battlefield with her newly regained psi powers.
Episodes eight and nine of 'Stranger Things' season four stream exclusively on Netflix from Friday, July 1.