List Of 80s References In 'Will The Wise' - Stranger Things 2, Episode 4 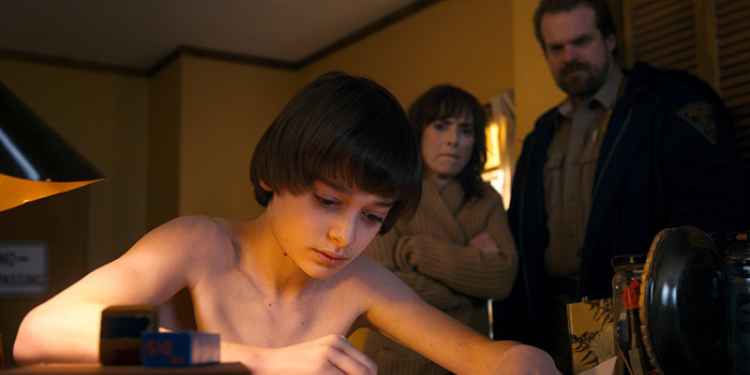 Lots to get our teeth into plot-wise in episode 4. Will starts letting his mum into his world of pain, Hopper digs for the truth, Nancy and Jonathan pair up whilst Eleven makes an interesting discovery. That left less room for the 80s references, but what did they manage to shoehorn in? 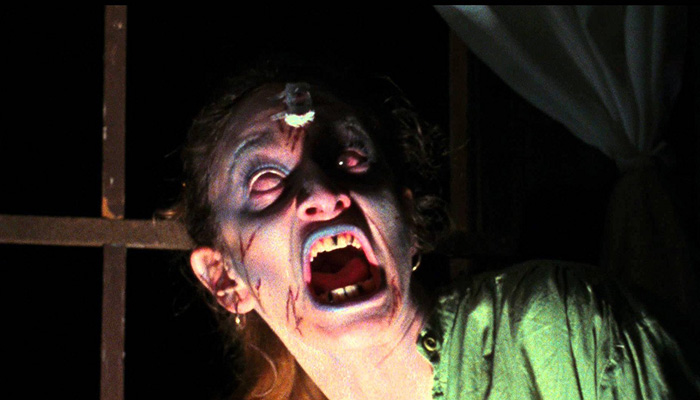 As El returns to the cabin the woods, this might look familiar to those of you who've seen Sam Raimi's early work – Evil Dead. A 1981 supernatural horror film set in a cabin in the woods (with a handy hatch in the middle of the floor, just like the cabin in Stranger Things) with a plot of demonic possession, if you haven't seen the original, then you're missed out on a critical part of your horror film education. Stephen King loved it, and as we should all by now know what a debt Stranger Things owes him, do check it out.
The franchise is still going, with a recent reboot out in 2013. 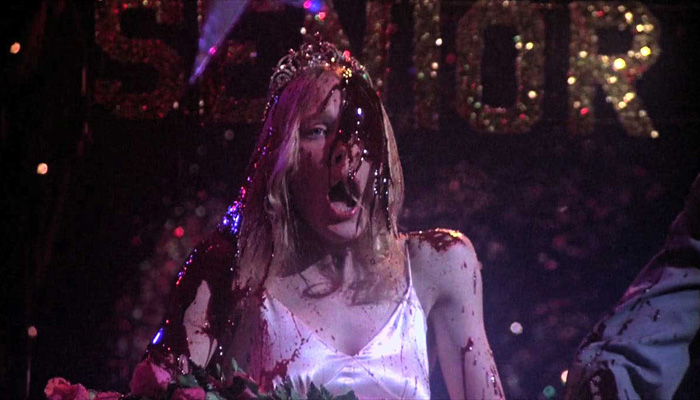 Another nod to the 1976 film from Brian De Palma based on the Stephen King story. We already know El is telekinetic, having the power to move objects using only the mind, which is a trait she shares with Carrie. The scene in the cabin with Hopper, where she's slamming the furniture around really brings this side of her personality to the fore. 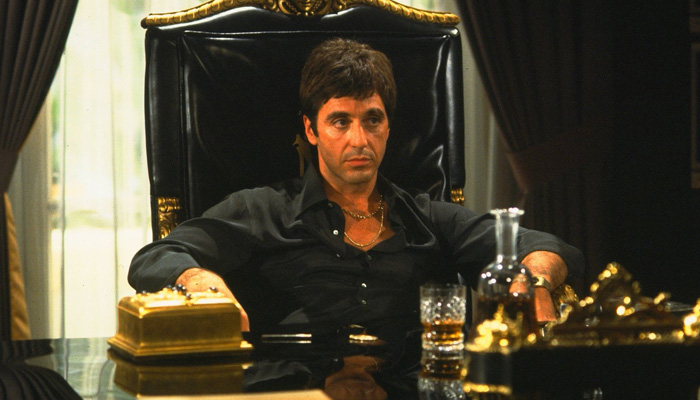 The rather cheesy music playing over the Billy and Steve's basketball battle sound-tracked a much-mocked montage scene in Brian De Palma's gangster film of 1983. "Say hello to my little friend" is a famous line from Scarface, one that perhaps Dustin could be using for his new pet Dart? 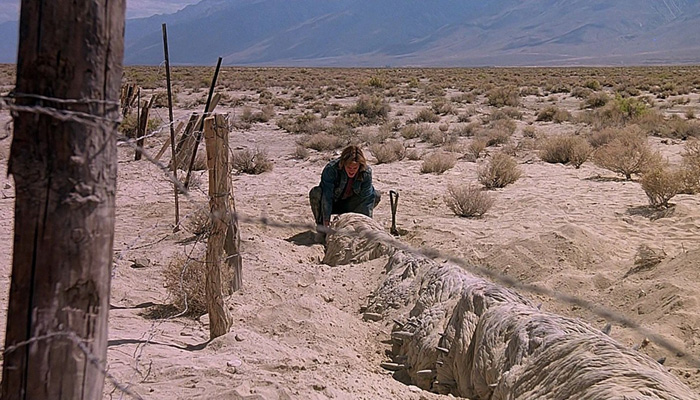 As Hopper digs down and discovers a tunnel system under the pumpkin field, we can't help thinking of Tremors. Tremors is a 1990 monster film starring Kevin Bacon and Fred Ward which could be described as 'Jaws in the desert'.
The plot involves the residents of small, isolated American town in the Sierra Nevada trying to protect themselves from strange, presumably alien creatures which are tearing through the desert like giant, carnivorous, worms, which is basically what they are. The film combines horror and comedy in a novel way, and it's pre-CGI monsters, whilst not very convincing, can still shock in the same way the clearly fake shark in Jaws makes you jump. Just about the only film we've ever seen that involves a geologist.

The Clash – 'This Is Radio Clash'. Nancy and Jonathan on a mission.
The Clash making a welcome return from season 1 of the show, again providing a soundtrack for Jonathan and showing even if he is a bit of a loner, his musical taste is impeccable. The Clash were an English punk band formed in 1976, seeing success in the UK in the late 70s, and moving on to US chart success in the early 80s.
This is Radio Clash was released in 1981, but didn't appear on any studio albums, instead popping up on later compilations.
The Clash are soundtracks regulars, you'll have heard them on 21 Jump Street, Iron Man 2 and any film where the action suddenly jumps to London so you get a few bars of 'London Calling' playing over a shot of Tower Bridge or Buckingham Palace in case you didn't know where the location had switched to.
Paul Engemann - 'Scarface (Push It To the Limit)'. Used during the basketball grudge match of hunkage.
A track that soundtracks a rather cheesy training montage from Scarface. Engemann himself is only really known for this track, but your key 80s fact here is that the song was co-written by Giorgio Moroder and Pete Bellotte, who worked together on writing some of Donna Summer's biggest singles including I Feel Love.
Moroder is known as a pioneer of using synthesisers in pop, so without his early efforts it's doubtful the synthy incidental music and theme tune to Stranger Things would be the same. Moroder recently collaborated with French robot-popstars Daft Punk.
The Haxan Cloak – 'The Growing'. When Billy advises Max to stay away from Lucas.
The Haxan Cloak is a British musician and producer. Born in Wakefield, his real name is Bobby Krlic. The growing is from his debut album, also called The Haxan Cloak, which he recorded in his parents' shed over three years, performing all the instruments himself, including playing a rake on one of the tracks! (We just made up the bit about the rake, but it wouldn't surprise us if this is true).
And it's a straight run to the end of this episode with work from the soundtrack composers of Stranger Things seasons 1 and 2
Kyle Dixon & Michael Stein – 'Looking for a Way Out'. Plays while Joyce and Hopper are laying out Will's pictures.
Dixon and Stein are 50% of the band Survive, and received a Grammy Award for their work on the soundtrack of the first season of Stranger Things. Their work is clearly influenced by synth pioneers like Jean-Michel Jarre and director/composer John Carpenter.
Whilst we haven't heard of Dixon and Stein outside of Stranger Things, their work on the soundtrack, including the theme to the series, deserves our praise. It does a fantastic job of helping to set the scene. Atmospheric, timely – in that it sounds bang on for the analogue synthy sound of the time, and doesn't dominate the scenes it plays under.
Kyle Dixon & Michael Stein – 'Fresh Blood'. Nancy checking her recording from the Hawkins Lab as Jonathan drives her away.
Kyle Dixon & Michael Stein –'Possessed'. A slightly nightmarish discordant piece of music that accompanies the demise of a loved family pet as Dustin sees what Dart has done to their cat. RIP Mews!
Kyle Dixon & Michael Stein – 'To Be Continued'. Hopper finding the tunnel under the pumpkin field.

On To Episode Five