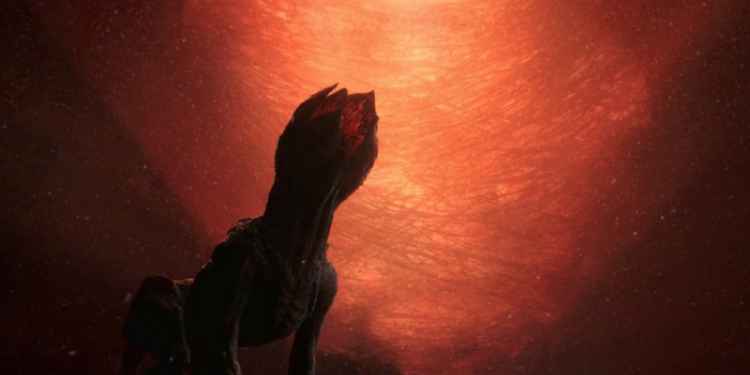 The one-off special episode of The Lost Sister is over, El is coming back, the Demodogs are creeping out of the ground setting in process are ride to the end of the series. There's a lot to get through. Let's start by going back, way back to the Jurassic period... 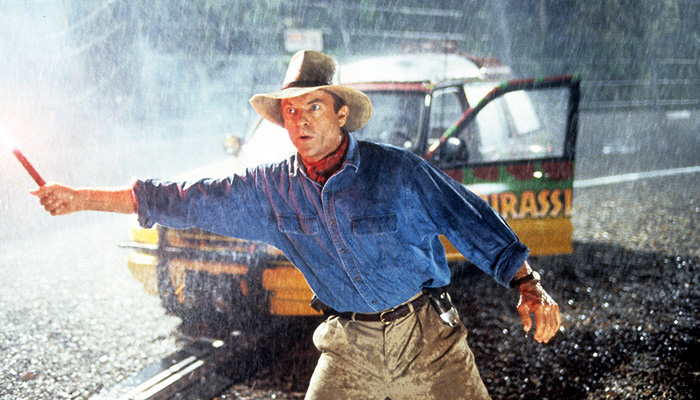 Our heroes are trapped in a lab, they need to reset the breakers to get the lights on. "Where are the breakers?" a line mentioned by both hunter Muldoon in Jurassic Park (1993 – Stephen Spielberg) and Hopper in Stranger Things. It's then Bob's time to shine as he heads down to the basement and to reboot the PC and get the locks to open so the gang can escape.

Those Demodogs are looking increasingly like the hellhounds that the Keymaster and Gatekeeper transform into towards the end of Ghostbusters. There's a gate to the Upside Down, which is not distant from the gate which opens on top of the apartment building in Ghostbusters.

The computer Bob uses to open the locks is an old school IBM PC. The definitive 'business' computer of the first half of the 80s. They didn't have sound, or much in the way of graphics, but if you wanted to set up a spreadsheet using Lotus 123 or type up a memo with WordPerfect, you were in luck! 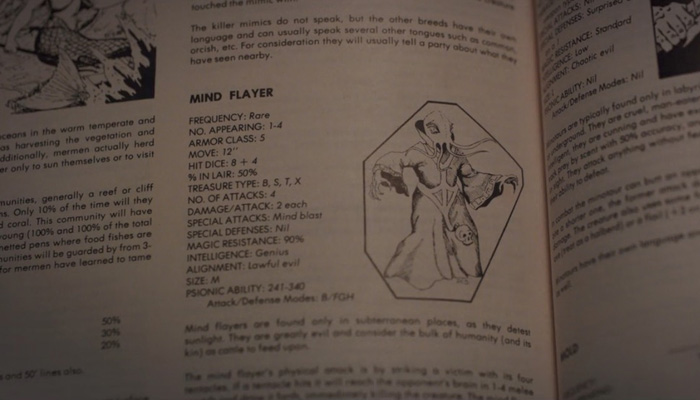 The game Dungeons and Dragons pops again in this episode as Dustin uses his encyclopaedic knowledge of the fantasy game to name the beast which has enslaved Will after one of the beasts in D&D, the Mind Flayer.

Will being possessed this season has meant a fair few Exorcist nods popping up. Episode 8 has a corker when Joyce and Jonathan are trying to communicate with him, and Will ends up tapping out Morse Code to speak to them. In 1974's The Exorcist, Regan's manages to communicate from within her possessed boy by spelling out the words 'Help Me' as raised areas on her flesh. We much prefer Will's method if truth be told. He gets extra geeky points for knowing Morse Code and remembering it whilst possessed by a shadow demon from another dimension! 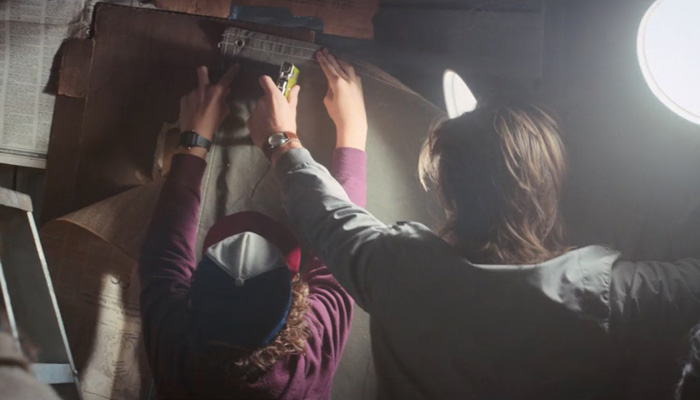 File under tenuous, but when there gang were working on converting the shed in preparation for Will being interrogated, it reminded us of MacGyver. If you're too young to remember this series, bless you, the future of our planet is in your hands. The original series ran from 1985-92 and starred Richard Dean Anderson as a mysterious 'troubleshooter' who, at least once an episode, would find himself having to improvise a solution to a tricky solution using just what he had to hand. This might involve hunting for things in sheds. He famously improvised hand grenades from pine cones using a bit of tree resin. Like an early Bear Grylls but more fun and less full of bullshit.

Jack Cook – 'The Love You Save May Be Your Own', Susan and Neil arriving home.
A great piece of music to contract with the Metallica Billy has got blasting out in his bedroom. A track dating from 1962 from this Arizona based rocker.
Metallica – 'The Four Horsemen'. Billy's 'getting in the mood' music.
A song referring to the biblical four horsemen of the apocalypse, what could be more apt to listen to in Hawkins at this point in time? The poster Billy has on his wall is for the album Kill 'Em All, which is where this track is lifted from. The album was released in 1983, and is regarded as a classic of the thrash metal genre, in the way it combines elements of British heavy metal with the speed of hardcore punk music. The track also appeared on the soundtrack to 2016's X-Men: Apocalypse!
The Clash – 'Should I Stay Or Should I Go?'
Jonathan loads one of mix tapes up into his boombox and plays it to distract Will. We know from series one that Jonathan had, for 1983, a very cool taste in music. British bands often found their music on the soundtracks to American films in the 1980s as it implied a certain coolness and exclusivity that better known homegrown music wouldn't provide. Wanted to show a character was a bit different? Play some New Order!
Taken from the band's best-selling 1982 album Combat Rock, the track peaked at 45 on the Billboard Hot 100, and 17 on the Official UK Chart. However, it was re-released in 1991 and got number 1 in the UK, off the back of its appearance on a Levi's jeans commercial.
But what about the composers of the original Stranger Things soundtrack, Kyle Dixon and Michael Stein? What did they come up with this episode?
'Eulogy' – Mike tells the group that Bob set up the A/V club at Hawkins high. A gentle synthy-wash of a track. Goodbye Bob!
'Looking For A Way Out' – The pulsey, sequenced synths are back as Mike concocts the plan of using Will to find the Mind Flayer, but somehow they'll have to mask their location.
'Soldiers' – Getting the shed ready for Will's interrogation.
'The Return' – Eleven making a bit of an entrance, dispatching a Demodog and opening the door locks from the outside. Great, she's back! Cue the credits and let's crack on with episode 9!

On To Chapter Nine