Have you made it to episode three of Stranger Things 2 journey yet? There's nine new episodes to work through, but how much can you remember about the new season's third episode, 'The Pollywog?' Test your knowledge with this tricky Stranger Things season two trivia quiz. 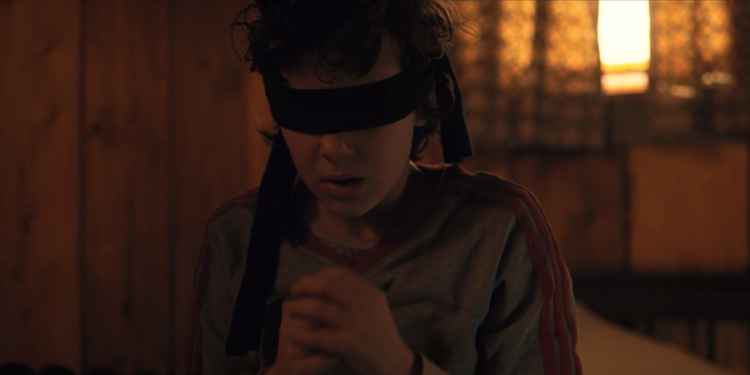 1. After Dustin smuggles the mysterious creature he's found into the house, he puts it in a tank with what?

2. What does Dustin feed the creature once it's safely in its new home?

3. What inspires the name that Dustin gives to the creature?

4. What does Hopper make Eleven for breakfast in this episode?


5. At which building in the town does Dustin first embark on his curiosity voyage to try to find out what the creature he's found is?

6. When speaking to Will in the car, Bob recalls his reoccurring nightmare about a clown he experienced as a child, but what was the clown's name?

7. Which medical mystery is Mr Clarke teaching the boys about at school when Dustin barges in late?

8. Who used to live in the cabin that Hopper now shares with Eleven?

9. What record does Hopper put on when he's tidying up the cabin with Eleven?

10. What is Hopper and Eleven's secret method of communication?

11. Which of these is NOT one of the three rules Hopper gives Eleven to keep her safe in the cabin?


12. In which room at school does Dustin show the rest of the gang D'Art?

13. After leaving the cabin, Eleven asks a mother for directions to which building in town?

14. Bob works in the Hawkins branch of which store?

15. The boys speculate that after his trip to the Upside Down Will has the power to see into the ethereal plane, but what do they call this power?

16. When Mike is telling Max about the gang's roles, who does he tell his the gang's "cleric?"

17. Max suggests that she could join the gang by fulfilling what role?

18. In which part of the school do the boys recapture D'Art after he escapes?

19. Where does Dustin hide D'Art after recapturing him?

20. What does Will shout at the beast from the Upside Down when he encounters it at the end of the episode?