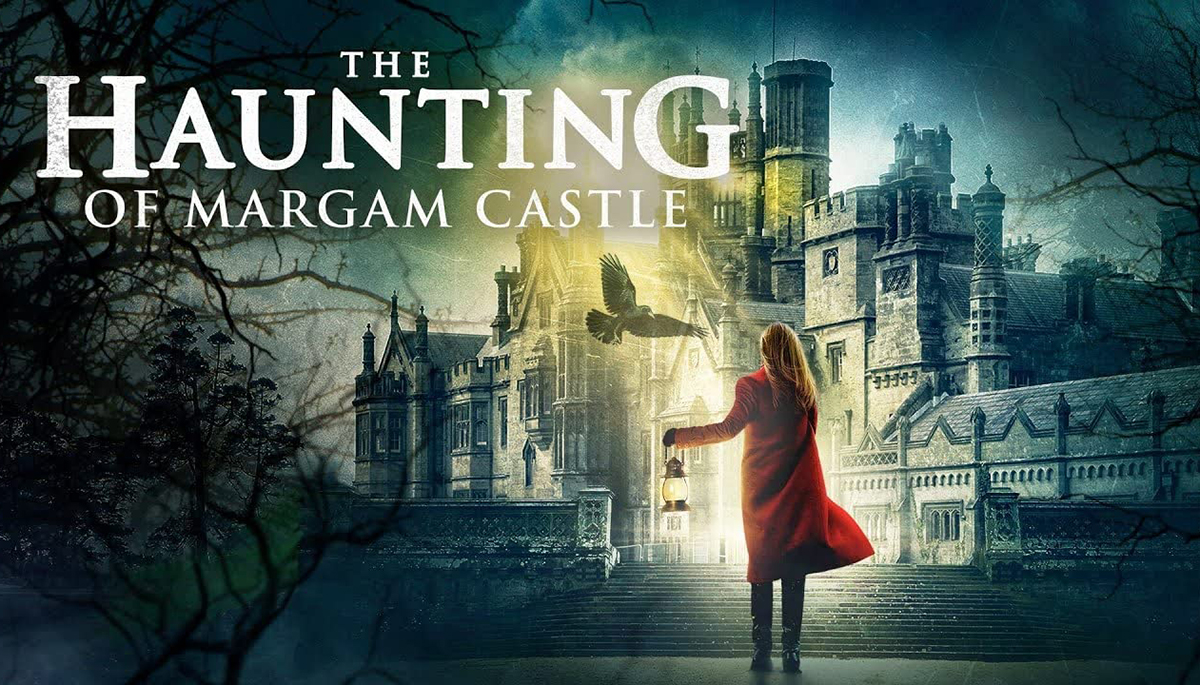 A 2020 British supernatural movie based on the real-life haunting of an ill-fated former family home in Wales drops on Netflix in November.
'The Haunting Of Margam Castle' follows a team of American paranormal investigators reluctantly venture across the Atlantic in the hopes of capturing proof of ghosts at a cursed castle in Wales in an attempt to gain media coverage for their struggling university parapsychology department and attract some much-needed funding.
Directed by Andrew Jones, 'The Haunting Of Margam Castle' will be available to stream from November 5. The British film stars Amy Quick, Ashton Spear and Caroline Munro, who previously appeared in the 1977 Bond movie 'The Spy Who Loved Me'.
If you're a fan of ghost stories, then 'The Haunting Of Margam Castle' is well worth a watch, even if just to see an iconic British paranormal hotspot's moment in the spotlight. For a horror, the movie isn't overly scary, but it's a gooda mix of geeky ghost hunting culture, historic ghost stories and movie-level supernatural encounters.

The movie follows a team of laboratory-based American parapsychologists experimenting on phenomenon like ESP using techniques like the Ganzfeld method. The team, led by Professor Annie Holzer (Amy Quick) and Doctor Daniel Barron (Ashton Spear), are convinced to leave the safety of their university lab and get out into the real world and hunt some ghosts.
The university's dean hopes that the team will uncover undeniable proof of the paranormal at the historic Margam Castle which will get the department some media attention and avoid them having their budget slashed.
Much of the supernatural horror is shot on location at the sprawling real-life Margam Castle in Wales. The movie opens to shots of the castle's stunning octagonal grand staircase. We later see the cast drive through Wales, stopping off at The Rock & Fountain Inn in Penhow where they chat to the locals and are warned about the spooks that await them at the castle.
As they near the Victorian era Gothic Revival home they pass through Port Talbot and say, "holy crap, this place is a s**t hole," which is a fair comment, but less than a minute from the busy M4 that passes through the Welsh town is a vast parkland. At its heart is the impressive and allegedly very haunted Margam Castle. The investigators describe the castle as "pretty creepy" and say that it is "like something out of a Dracula movie."
And they are right, with a grim history that spans over 4,000 years and tales of untimely deaths, despair and a family curse, Margam Castle is a very atmospheric place. 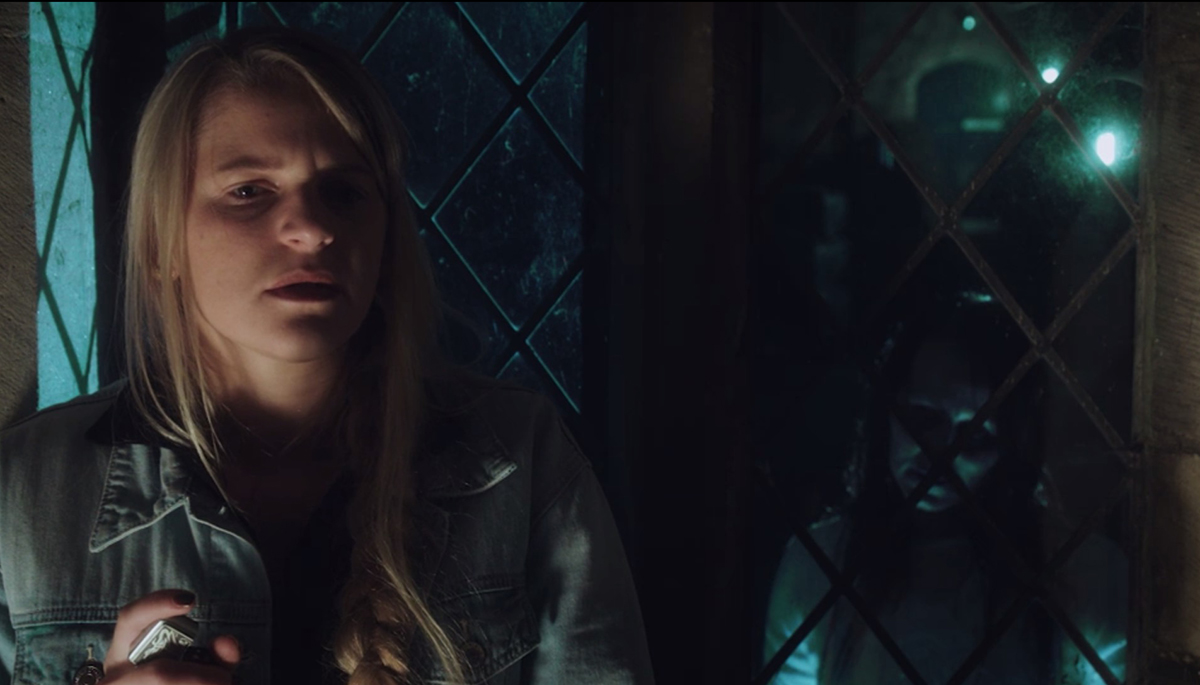 The 78-minute-long film touches on many real aspects of paranormal investigation with mentions of residual energy and the use of popular ghost hunting gadgets like the trusty K-II EMF meter, but how true to life is the haunting of Margam?
Of course, the spooky goings-on ramp up throughout the movie and climax is well beyond the realms of real paranormal activity, but that's excusable as this is a fictional movie and not a documentary.
However, the movie is loosely based on the real history of Margam Castle. Throughout the movie we learn of the Talbot family who built the elaborate home using stone and lead taken from the abbey in the grounds in 1840.
According to local legend, dismantling the abbey in order to build the home put a curse on the family and the family line died out. Their wealth was squandered and eventually the castle was sold on.
In the movie we're told that David Evans-Bevan bought the castle in 1941 and that he eventually sold it on after deciding it was too big for him. It's stated that this was the "official story" but that Sir Evans-Bevan's friends and family claim that the hauntings drove him away - this is where the movie's plot steps away from the real story.
The film introduces us to the ghost of a little girl named Abigail who we're told died in the castle. As far as we know there is no Abigail that haunts the castle, but the movie does introduce us to one of the castle's real spooks, the ghost of Robert Scott.
In life Scott served as the castle's gamekeeper for many years until he was murdered by a local poacher. Ever since he has been seen walking up the steps to the castle's entrance.
The reports of hauntings go back centuries, with claims of dark ancient spirits roaming the castle and grounds. Visitors have reported seeing cloaked figures in the grounds, apparitions on the staircase and dark shadowy figures on the upper floor. Many have also picked up on a negative and oppressive presence throughout the castle.
As well as being filmed on location at the castle, the production also visited other locations in South Wales, including Llanthony Secunda Manor in Caldicot, Glyn-Yr-Mur Farm in Aberdulais, Neath Town Hall, Loughor Town Hall in Swansea, and Millennium Quay in Llanelli.
You can watch 'The Haunting Of Margam Castle' on Netflix from Saturday, November 5.
Tags:
moviesglamorganwalestopicalparanormalmargam castlenetflix