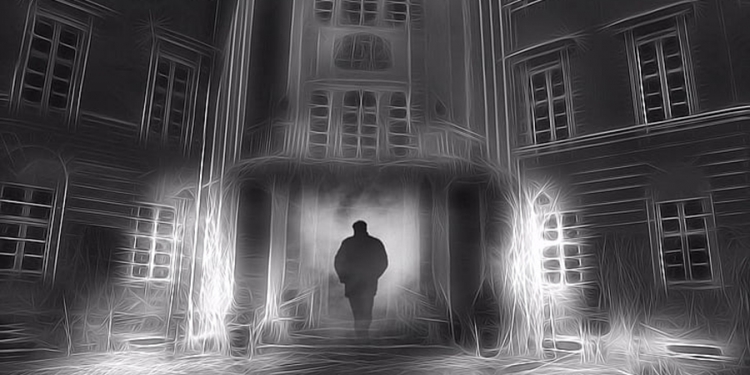 Photo: pickpik.com
In the week that Ian Boldsworth and Barry Dodds start touring their The ParaPod Movie in selected cinemas across the UK, the duo are back with episode four of the companion podcast series.
Before getting into the main featured haunting, Barry, a firm believer in the paranormal, tells us about a ghost video he'd seen. It featured an apparition caught on CCTV at the Lamb & Lion Inn in High Petergate, York. Barry excitedly tells Ian about the video, "honestly, this is proper good this one."
However, ever-skeptical Ian is less than convinced. He thinks that the ghostly figure seen close to the bar area in the video is nothing more than a reflection in glass. He also reminds Barry that a bit of spooky footage like this can be great for business, something Ian knows about all too well after filming part of their movie at 30 East Drive in Pontefract - a house that thrives on its haunted reputation.
As always, it's up to you to decide who is right, Barry or Ian? Take a look a the video they  were discussing below and see what you think...

Barry then got stuck into his main topic, the mysterious death of Christopher Case in 1991, which Barry believes is a result of a curse, something that terrifies him.
According to Barry, Christopher was cursed by a witch after he rejected her advances at a party, but several days later he started hearing strange whispering and knocking in his home. The activity worsened to the point where he was attacked in bed and even thrown around.
Barry tells us that eventually things escalated and Christopher, a fit and healthy man, was found dead of an apparent heart attack in his bathroom. His flat had salt around the edges of each room for protection, and had candles and crucifixes placed all around.

It was a strong episode, with a couple of interesting stories from Barry, but as always, Ian had something to say about it. He chipped in with his more rational thoughts on the story of Christopher, telling him "you yourself said in your own words, 'he was scared to death'. He wasn't cursed to death."
If you can't wait for the next episode in the series, you can hear it first exclusively on Ian's Patreon page, where he gives backers who support his work early access to future episodes, and exclusive content. You can also support Barry on Patreon, to find out more about his ghost hunting adventures.