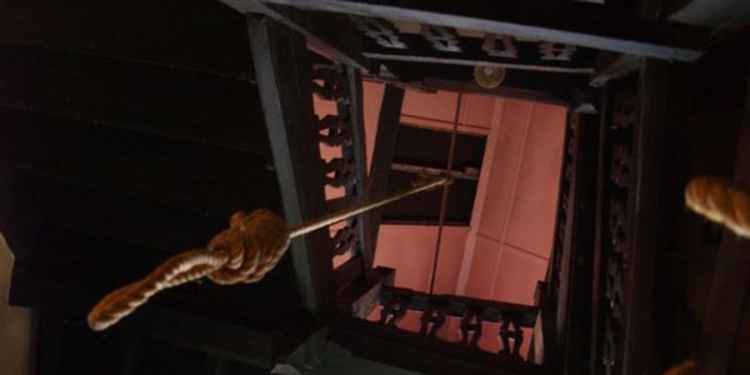 Photo: © Andy Dolman
The Skirrid Inn is said to be the oldest pub in Wales, with over 900 years of brutal executions, witchcraft, and suffering, it's no wonder this ancient pub, located in the beautiful Brecon Beacons, has such a reputation for being the most haunted too.
Over a period of many years the first floor of the inn was used as a court of law and as many as 180 prisoners were sentence to judicial hanging in the 17th Century. The punishment was carried out at the inn itself and above the building's dark oak staircase, an original beam still exists just outside the courtroom, which shows the marks from the hangman's rope.
It is one of the most famous haunting cases in the UK, but how much do you know about the paranormal activity which occurs in Wales' most haunted pub? Test your knowledge with this tricky paranormal trivia quiz...

1. In which part of the pub has the ghost of a woman in a white dress been spotted on numerous occasions?

2. Which of these television ghost hunting shows as visited the pub?

3. There apparitions of a local clergyman is often spotted in the pub, but what was his name?

4. Which nearby geological feature does the inn get the name Skirrid from?

5. What is the name of the woman who worked in the inn during the 18th Century, who haunts the pub after dying of tuberculosis at the age of 35?

6. The ghost of a former convict by the name of John Crowther haunts the pub, he was executed here, but what was his crime?

7. Ghostly soldiers are often sighted in the pub. It's said many who were injured in battle returned to the pub, which at the time was being used by Owain Glyndŵr to lead a revolt against which English king?

8. The infamous "Hanging Judge" is rumoured to have held court in the first floor of the inn, what was his name?

9. Which of these supernatural phenomenon has NOT been reported at the Skirrid Inn?

10. When former landlady Heather Grant put the pub up for sale in 2002, she told the BBC that what started mysteriously flying in the kitchen?