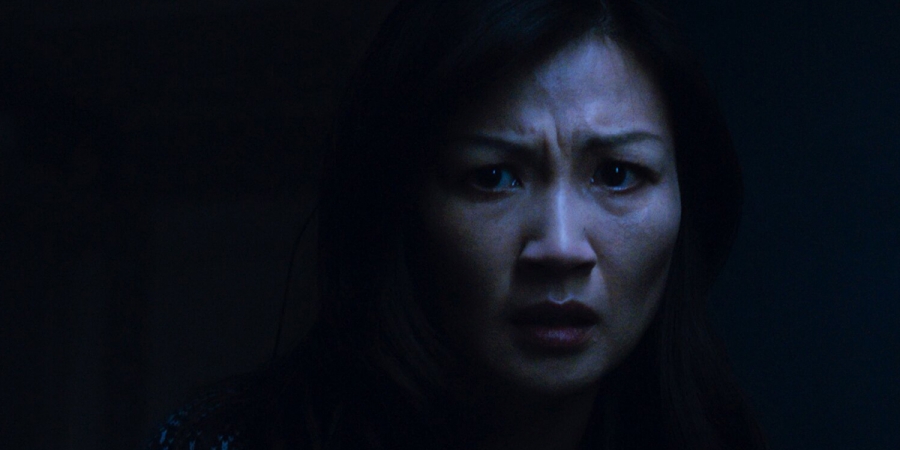 Photo: © The Vang Brothers
It's been announced that the Vang Brother's supernatural feature film 'They Live In The Grey' will stream exclusively worldwide on Shudder, the premium streaming service for horror, thriller and the supernatural.
The Shudder Original Film, which is written and directed by Burlee and Abel Vang, is set to release in North America, the United Kingdom, Ireland, Australia and New Zealand in early 2022.
Shudder is a streaming video service that brings fans of horror, thrillers and the supernatural the best selection of entertainment in the genre. Shudder's ever-expanding library of film, television series, and originals is available on most streaming devices with a seven day free trial.
"The Vang Brothers have crafted a stylish, scary chiller, easily one of the year's most frightening films, led by a gripping central performance from Michelle Krusiec as Claire. We're thrilled to invite Shudder members to see through Claire's eyes and peer into that fascinating and haunting space between life and death," said Craig Engler, general manager of Shudder.
"Most horror films with Asian leads are foreign films. We're proud and excited to tell an Asian-American horror story – something you don’t often see," said the Vang Brothers. "We can't imagine a better partner than Shudder to help us bring this Asian-American narrative to the horror genre."
In 'They Live In The Grey', Michelle Krusiec - who is best-known for her role in the Netflix miniseries 'Hollywood' - plays Claire who, while investigating a child abuse case, discovers that the family is being tormented by a supernatural entity. In order to save the family, she must confront her own fears and use her emerging clairvoyance to stop the malevolent force.
'They Live In The Grey' is a Standoff Pictures Production in association with Whiskey Stream Films. The film is produced by Stephen Stanley and The Vang Brothers and features performances by Ken Kirby ('Good Trouble'), Ellen Wroe ('For All Mankind'), and Madelyn Grace ('Don't Breath 2').
The acquisition deal was negotiated by Emily Gotto, VP, Global Acquisitions & Co-Productions on behalf of Shudder and CAA on behalf of the filmmakers. Vertical Entertainment will be handling international sales outside of Shudder's territories at the upcoming American Film Market.
Tags:
horrorparanormalmoviestopicalshudder