This article is more than five years old and was last updated in September 2019.

'Unacknowledged' is a 2017 documentary which is billed as "an exposè of the greatest secret in human history," it's based on the work of ufologist Steven M. Greer's historic files of the Disclosure Project. In the 1 hour, 44 minute film, Greer and his assembled team of witnesses reveal how the truth about UFOs and extraterrestrial contact has been kept from the public since since the 1950s. 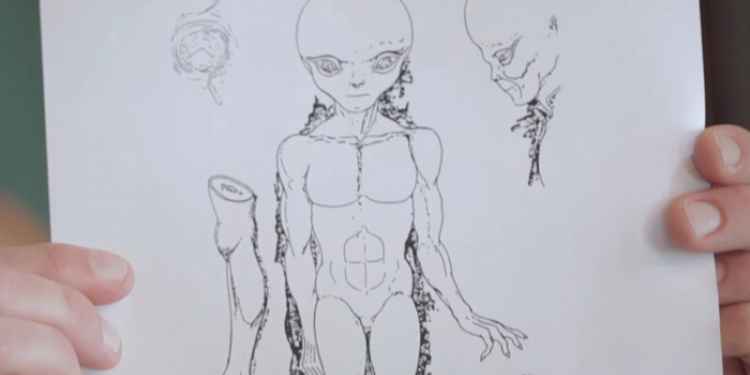 'Unacknowledged' attempts to answers the question "are we alone in the universe?" and offers evidence to prove we are not. The testimonies, many of which are from present and former high-level US military and intelligence officials support the documentary's claims of a huge cover-up of alien visits and Earth changing technologies which are being withheld by black budget defence projects.
I've seen a few UFO conspiracy documentaries over the years but from the off set, this one is clearly has much bigger budget and is produced to a high standard which makes the facts presented much easier to digest. In fact, if you're of the 'X Files' mindset of "I want to believe," then this film will have you convinced of a global conspiracy by the end of the opening credits.
However, for the critical thinkers amongst us, the slick production doesn't quite cut it as this documentary fails to offer anything new or a unique take on the UFO conspiracy. In fact most of the quotes which appear on screen throughout the film from military official and notable politicians, including former presidents, are decades old and from the period of time immediately after the famous Roswell Incident when the world was obsessed with flying saucers and more people believed, including presidents.
A lot of these quotes were clearly included with the aim of impressing the viewer with well-known names like Gerald Ford, but while their quotes were on the topic of UFOs, few of them actually offer any genuine evidence on the topic of extraterrestrial visitation, all they really show is a personal interest in the subject.
"I believe the American people are entitled to a more thorough explanation that has been given them by the Air Force... I think we owe it to the people to establish credibility regarding UFO’s and to produce the greatest possible enlightenment on this subject."
Gerald Ford - Former President
Gerald Ford isn't saying aliens exist, he's just saying that it is his belief that the Air Force should be more open about UFOs and take reports of sightings of UFOs more seriously... remember, a UFO is much more likely to be a low flying plane or a whether balloon than an alien craft.
Many of the quotes featured are just acknowledging the possibility of alien life elsewhere in the universe, which isn't a disputed subject or a cover-up, it's a statistical probability. The documentary states that it's estimated that for every grain of sand on the planet there's an Earth-like planet our there somewhere, this is the current scientific belief held by many, not government is denying this.
The film starts with Greer challenging claims similar to mine that ufologists don't have any real evidence to support their beliefs and what does he pull out in defence of this? 'Project Blue Book', the US military's official research on UFOs which took place between 1952 and 1970, this old collection of anecdotal evidence was a disappointing start to the film and nothing new, it's been declassified for around 20 years and has been cited in countless UFO documentaries and conspiracy website discussions.
Apart from the filmed testimonies, the documentary mostly consists of stock and archive footage of US military projects and a selection of "real" UFO sightings captured on camera, but again these are no more impressive than the inconclusive, poorly shoot, low-quality UFO videos seen elsewhere. 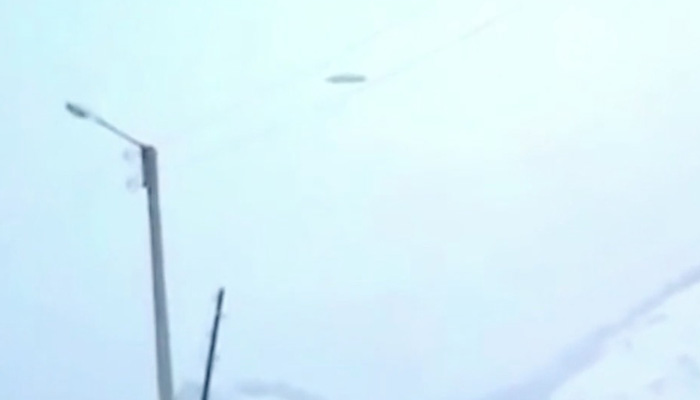 Despite its lack of presenting any new information or even a new view point, this documentary is a good watch. It's received a rating of 7.3 out of 10 on the Internet Movie Database and 4.4 out of 5 on Rotten Tomatoes. I would also give 'Unacknowledged' a high rating, not for its factual content but for being a well made piece of fiction which held my interest for over an hour and a half. When scoring 'Unacknowledged' I have to do so alongside movies like 'Independence Day' rather than documentaries like 'An Inconvenient Truth'.
Another topic which has already been well covered in other publications, is Roswell Incident. The now de-bunked flying saucer crash in New Mexico is mentioned several times by Greer and those giving testimonies in the film. There's claims of alien bodies being recovered from the crash which were later examined and kept in cold storage. The true nature of the Roswell Incident has been public knowledge since the mid-1990s when the government revealed they'd been trying to cover-up a secret military nuclear test monitoring program, not a crashed alien spacecraft. 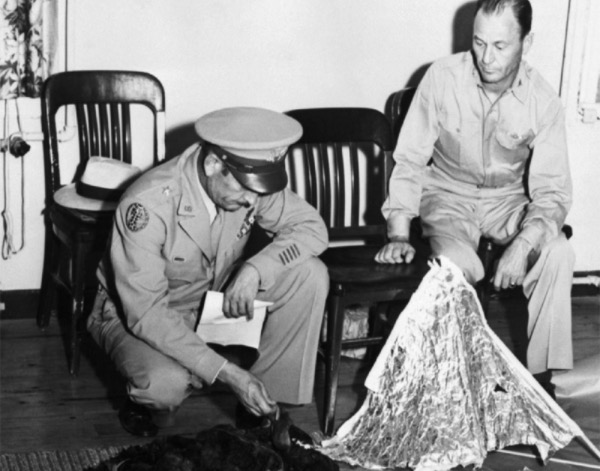 The documentary comes with a built-in self defence mechanism, one expert being interviewed says that the media has been involved in a plot to belittle and discredit those who report UFO sightings. This makes it very hard for me to challenge any of the claims in the film without the weak counter argument that my doubt and skepticism is a result of this media brainwashing.
However, I will ignore this criticism, as much of the evidence presented is nothing more than one person's anecdotal evidence, including the re-told story of a Japanese pilot who encountered a flying saucer, an uncorroborated first-hand account of a German fighter pilot's UFO encounter, and the story of a pilot who was ordered to intercept a UFO over Stonehenge in England, the pilot said that soon after he met Prince Phillip who "knew all about the chase." Why on Earth would the royal family know about UFOs when even the President of the United States isn't told?
Greer states that there is an enormous amount of photographic, video and physical evidence of ET visitations. Sadly none of this physical evidence is shown in the film and I can only assume that the video evidence he's referring to is in fact the poor quality videos which pop up throughout 'Unacknowledged', this really are no better than a 14-year-old UFO fanatic would post on YouTube. 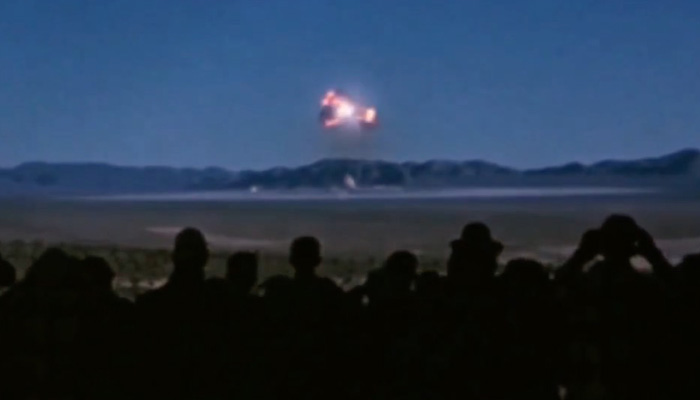 One of the sub-plots throughout the documentary is our use of nuclear weapons. The film makers state that we have no reason to believe that aliens are hostile but they have shown they are interested in our hostility. The experts interviewed claim that even the Roswell crash was likely to have occurred when it did because of a heightened interested from alien civilisations at that time due to our increase in nuclear weapons tests.
One expert even claimed that every time we've tried to send a thermonuclear device into space for high altitude detonation test it has been destroyed. Lt. Robert Jacobs from the US Air Force even went as far as to say that he saw a UFO shoot a nuke down. However in reality there have been many nuclear warhead tests in outer space.
There's a couple of clips of some humorous, tongue-in-cheek television interviews with former presidents Bill Clinton and Barrack Obama, and Hillary Clinton who vowed to have a proper look at the government's secret UFO files had she got elected. The clips are funny, but it's not evidence of anything.
There's also a certain air of arrogance about the documentary, there's very little talk of any world government outside of the United States of America. Even if the US were withholding information about aliens from American, how have they been able to convince other world powers to keep it secret? Especially enemy states like Russia and North Korea, both of which have tested nuclear weapons and therefore would have had just as many UFOs observing as the US. 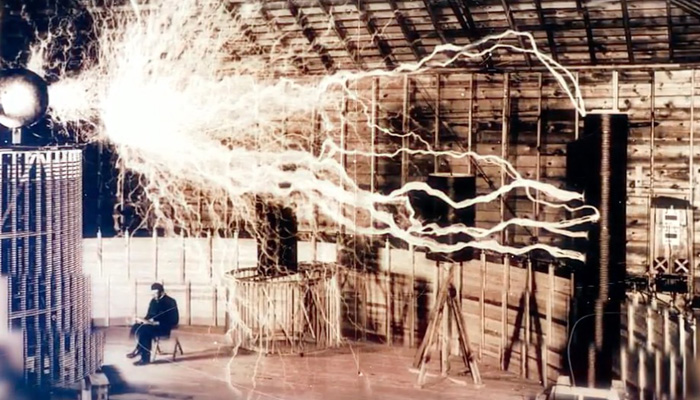 The rest of the film deals with the topic of extraterrestrial technology, zero point free energy and anti-gravity research, world-changing technologies that have been withheld from the public in order to protect the wealth of gas and oil companies.
The film makers introduce us to Stanley Meyer the inventor of a water fuel cell which he claimed could be retrofitted to a car to power it. This claim has also been well and truly debunked, if the device did work how he'd described it, it would violate both the first and second laws of thermodynamics, it would essentially be a perpetual motion machine. Mayer was accused of fraud and ordered by a court to repay his investors $25,000.
'Unacknowledged' is the follow-up to 'Sirius', one of the most successful crowdfunded documentaries ever, it reached No. 1 in Netflix's documentaries category. The movie has been released in conjunction with a companion book, edited and published by New York Times Bestselling Author Steve Alten.
Although I have slated some of the evidence presented in this documentary, it is well worth a watch if you have an interest in conspiracy theories or UFOs. It's available to buy now on DVD.
» Buy 'Unacknowledged' here.

Watch The Official Trailer For 'Unacknowledged'