Uncanny: Danny Robins Delves Deeper Into The Curse Of Luibeilt 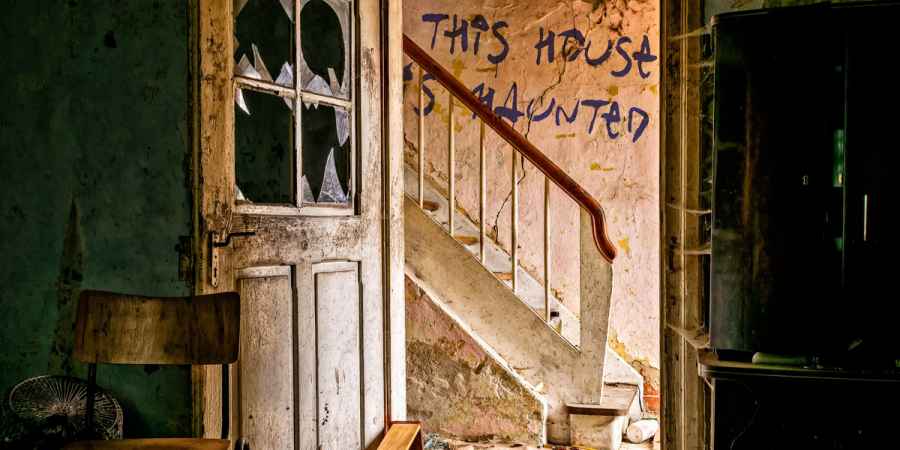 Photo: © Peter H
In last week's episode of 'Uncanny', Danny Robins brought us the story of Phil Macneill, who experienced life changing poltergeist activity in a remote cottage in the Scottish Highlands in 1973. Phil told us about his experience with a friend, Jimmy, in the Luibeilt bothy.
In the second part of this epic double-episode case, which is available now on BBC Sounds, Danny delves deeper into the case and we learn that after his night at Luibeilt, Phil started having terrifying experiences in his own apartment leading him to question whether the curse of Luibeilt followed him home.
We also hear what happened when Phil returned to Luibeilt, including a recent visit in the summer of 2021. Danny tells us at the start of the episode that what happens next is bizarre, terrifying and has haunted Phil for the rest of his life. Phil admitted, "I didn't sleep without the light on for six months, I became increasingly terrified of going anywhere on my, own" he added "I felt I was being followed. I had this feeling this presence was somewhere, wherever I was."

After his scare at Luibeilt, Phil returned to his Glasgow apartment at 39 Gibson Street, which he shared with another climber named Bill. Phil said that Gibson Street always had a spooky reputation, but he wasn't convinced by any of the claims, that was until after his frightful night in the Highlands. Phil told Danny, "after Luibeilt, I never slept without the light on and there were features of Gibson Street which were beginning to attract my attention."
This included a secret passageway accessible via a small door in Phil's kitchen which led down into "some sort of sub basement." Phil continued, "I began to harbour the idea, perhaps there's something down there, after what happened to Luibeilt. Everything had taken on a different sort of feel, and maybe Gibson Street had as well."
Things continued to get strange for Phil at Gibson Street, he found a hidden trapdoor, as well as a cross made out of old newspapers laid on the floor under the carpet and even what he believed to be blood stains. A lightbulb also fell from its fitting and smashed at the same moment Phil made these other discoveries.
At this point, Phil felt he had no choice but to return to Luibeilt with Jimmy, this time in the summer and with their skeptical friend, David. Phil told Danny, "he believes our story but he thinks there's got to be some rational explanation."
Their night at the bothy started quietly, but after they blew the candles out, they once again heard strange noises, this time coming from the direction of the nearby river. Phil said, "there is a an area which leads from the river via a gravelly path up to the house and what we heard was, you can only really describe it as the noise that you would make if you had a plastic rubble sack full of rubble being dragged."
Phil said the noise grew louder and louder, then as it got close to the house it suddenly stopped only to reappear inside the house, right at the other side of the door to the room they were sleeping in. It was enough to convince David, who freaked out, but Phil recalls facing his demons, "I clenched my fist leaving my thumb and my little finger extended out of my clenched hand and that, in fact, is a demonic sign and I cast a huge shadow with my outstretched hand on the ceiling and suddenly there was this incredible reversal of the noises." Phil describes the events of the night reversing and heading back towards the river.
Danny asked Phil what made him put his hand up like that. Phil told him, "I felt I could challenge it, and as this noise vanished away down towards the river I felt, you know, I conquered it. So whatever made me make the sign, I don't know."
Phil returned to the house again in 1975 while in the area with a group of friends. Phil recalls, "the first thing we saw was the words on the wall, 'do not sleep in this house', 'this house is haunted', 'this house is evil'." Phil told Danny that this made it "absolutely abundantly obvious" that other people had experienced the same thing as him in the bothy.
Later in the podcast, Phil describes his most recent return to Luibeilt, which was only this summer. On this visit he found the remote property completely abandoned and in ruins.

Danny is rejoined in the episode by expert parapsychologists, Ciarán O'Keefe and Evelyn Hollow. Danny starts off by asking Evelyn about something that got a lot of comments from listeners after the first episode, the fact that when Phil first visited the bothy, the house had been deserted but everything was ready for Christmas. Phil had said, "it became immediately obvious that the place had been vacated very rapidly. The table was set for Christmas. There were Christmas crackers on the table, but Christmas hadn't happened. The place looked as if people had upped and left all of a sudden."
Evelyn said, "it has a really old time slip feel to it and also it begs the question of where do they go? When you look at this place on a map there is nothing. It is right up into the mountains in the middle of winter in the cold and if there is kids, how bad would something have to be for you to risk taking your children out into the snow for eight, nine, 10 miles?"
The fact is, we don't know what the exact situation was when it was abandoned, and perhaps something catastrophic did happen. It's not out of the question to consider the possibility that there was a medical emergency that required whoever was staying there to leave. For all we know, a mountain rescue team might have aided their escape from the cottage.
It's also possible that a group of climbers were planning to spend Christmas at what might have already been an abandoned bothy, but after bringing up an initial load of festive supplies, their plans changed.
Danny then tells Evelyn about an email he received from a listener named Jenny Smith who reminds us of the belief that poltergeists are often associated with troubled teenagers and that Phil fitted that model at the time. He was 18 years old and was having difficulties with his family. Evelyn agreed, "there's this idea that internal turmoil whether it's psychologically or biologically, is linked to poltergeists and this case does sort of fit that pattern, because Phil is someone with a trauma in his life who's had a really difficult relationship with his father and seems a bit lost, and so rather than the bothy itself being haunted, it could be that it's actually Phil creating this presence there."
But Ciarán isn't so sure about the nature of the activity, he told Danny "I was listening to his account, I was almost hoping that the phenomena would happen again, and that we would have a third person who could give their interpretation. Actually, we get a completely different phenomena happening. Although it's noises again, we don't get the footsteps."
However, Ciarán has some insight into what Phil experienced on Gibson Street. He told Danny, "if you look back, 1958 there was actually a poltergeist case in Gibson Street. A number of American students were studying at Glasgow University and similar to Phil they left the flat because of the phenomena that they started to experience. So things were moving, they were hearing strange voices and the radio would switched itself on immediately after being turned off."
Evelyn added, "it's become quite an iconic case in Scottish paranormal history, including probably the most iconic part with they saw eggs dancing on a shelf, which later inspired the scene in the film 'Ghostbusters' that takes place in Dana's kitchen."
More episodes of Radio 4's 'Uncanny' are available on BBC Sounds now and will also be broadcast on Saturday nights at 11:30pm on Radio 4.