Uncanny: Danny Robins Meets A Girl Who Was Empowered By A Poltergeist To Save Her Friend's Life 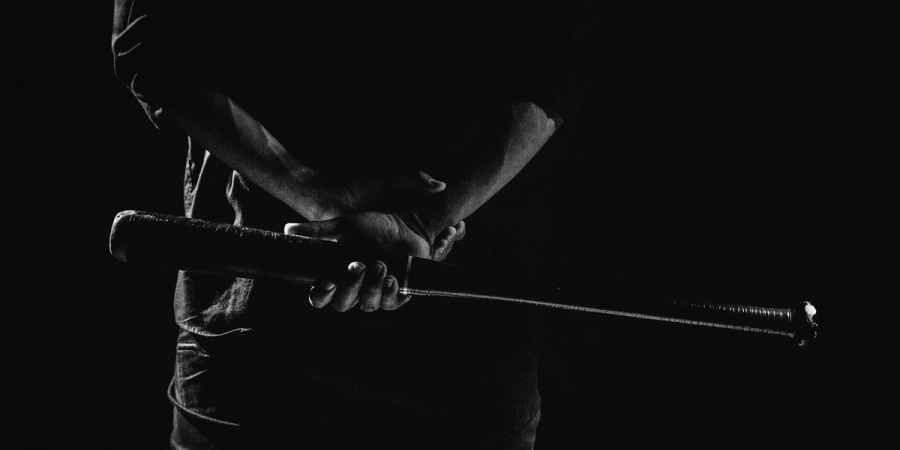 Photo: pixabay.com
In the penultimate episode of the paranormal podcast series, 'Uncanny', Danny Robins speaks to Patty, who as a young Catholic student experienced a terrifying haunting in her student accommodation in Surrey. Unusually the encounter ultimately ended with Patty feeling as if she was feeding off of the poltergeist, rather than the other way around.
Patty lived in Tanfield House on East Street in Farnham, a building which is now a car showroom but was once a coaching inn. Danny spoke to Patty about her time in the house in the latest episode of the podcast, which is entitled 'The Haunting Of Tanfield House' and is available now via BBC Sounds.
Patty grew up in a Catholic household with her Irish parents, but in her teenage years rebelled against religion and broke away. However, she did go to visit a priest when she was 16 to talk about the worries she has about her boyfriend at the time who was using drugs.
"The priest came in and he started to ask me some very deeply personal and probing questions,"  Patty told Danny, "then all of a sudden he stood up and he put his hands on my head and he start a full-on exorcism and he was chanting Latin. It was terrifying, I just wanted it to stop."
Patty said, "I resisted it, he basically kicked me out onto the street and I went home." Patty confessed that this unsolicited ritual left her feeling fearful, guilty and worried that something demonic might be clinging on to her. The experience left a mark on the young girl, and as we find out, it came back to haunt her later in her life.
Before Patty got stuck into her story, Danny told us, "the story that Patty is going to tell us will see her plunged into a level of real physical danger unlike anything we've seen before. She will stare potential death in the face."

After leaving home, Patty attended art school in Farnham, where she rented an apartment in Tanfield House with two friends. Unbeknown to Patty at that time, the former residents of the flat considered it to be haunted by a friendly entity, but there was nothing friendly about Patty's experiences there.
Patty told Danny, "I started to feel that I wasn't totally alone. I'd wake up in the morning and it was as if there were grey shadows around me. It just felt oppressive."
Things started to escalate and soon Patty was hearing odd sounds, like scratching and banging. These sounds started to move around her room as if reacting to her. Patty soon started to hear noises coming from the corridor outside her room. She felt like these sounds, which seemed like they were coming from within the walls, were trying to tempt her out of her room.
On one occasion the power went and the flat was just plunged into complete darkness. Patty was left shaken after loud crashes and bangs moving up and down the corridor tormented her in the darkness. Patty said, "it was as if the walls were being violently bashed, the ceilings, floors. It move through the rooms, up and down the corridor and then it started again."
Patty said, "it felt like almost a physical presence, and maybe I had let it in because I resisted that exorcism." Even Patty's boyfriend, a big, strapping motorcyclist named Hog, experienced these sound, and it was terrifying enough to force him to flee the house and avoid going back.
Eventually Patty moved into another room in the house and a young couple, Shiona and Mowgli, moved into her old room, but the noises followed her to the new room and seemed to be getting worse, until one night, she just couldn't take it anymore.
"I jumped out of my bed," Patty remembered, "I was going to go out there and give that poltergeist what for." She continued, "I charged out and there in front of me, to my amazement, there's a man with a baseball bat. A really tall man, and there was another guy charging up the stairs, and they said something along the lines of 'where's Shiona? We've come for Shiona'." Unbeknown to Patty at the time, this was the jealous ex boyfriend of Shiona and his younger brother.
Patty was so worked up by her ghostly experiences that she lunged at the intruder. She said, "we kind of struggled in the corridor and he pinned me down against the door of the next room along." Meanwhile the other man opened all the doors and found Shiona. He picked up a large ceramic bowl and he smashed it on her head, and both men ran out into the night. Shiona was left with injuries to her head, but recovered well.
Patty said, "I went back the next morning and I went back into the room, and I just sat on the bed. I was thinking 'oh my god, if I hadn't run out in such a complete rage, that girl could have been dead'. When I sat and thought about it, there's something that had tormented me for so long. It was trying to wake me up, you know, it was warning me and at that moment I felt I was feeding off it and I felt that I took something from that poltergeist that night."

As always Danny was joined by a couple of paranormal experts to give their opinions one the case. Danny first spoke to Reverend Kate Bottley, who said she was "absolutely furious" about the actions of the priest in Patty's case. She said, "what a betrayal of trust that priest did it at that moment. It goes against everything we're trained and taught, and here she is subjected to this spiritual abuse without her consent, and it left me just angry."
Danny also spoke to Deborah Hyde, a writer and former editor of The Skeptic Magazine. She told him, "I wonder with this poltergeists being kind of an externalised part of Patty whether or not she had swapped over the original fear that she'd had for God, and now, it was on this poltergeist."
But Deborah isn't dismissing Patty's experiences, and explains "fear can make you more alert. It makes perfect sense. You think about the way our ancestors had to be alert to predators. So we pay attention to those stimuli in our environment that are annoying or scaring us."
Danny later asked Deborah about the dramatic climax of Patty's story. He said, "we've talked before about the idea of poltergeists feeding off the energy of people. Patty feels that she is feeding off the energy of the poltergeist." Deborah thinks this is an interesting switch, "I was thinking about the psychiatrist, Viktor Frankl, and he felt that the primary motivational force for an individual is to find meaning and it strikes me that at this point, Patty decided that instead of being a victim, that she found meaning in it because she switched around the roles and more specifically, I think that she feels she helped to save somebody's life with this infusion of anger and energy that she got, that her suffering wasn't for nothing."
So, is this all in Patty's mind or is this genuine paranormal activity? Kate said, "of course it's more plausible that there's a rational, normal explanation that this is a train going underneath the house or air bubbles in the pipes, but it doesn't mean that the other didn't happen either."
Next week it's the season finale of 'Uncanny', which will drop a day earlier than normal on the night of Tuesday, January 25. Danny will be hosting a live listen-along on Twitter that evening at 9pm. You can get involved and share your thoughts and theories using the hashtag #UncannyListenAlong.
Expect updates on some of the series' most gripping cases, including the curse of Luibeilt and the evil that lurks in Room 611. If you've missed any of the episodes so far, you can listen back to them all now on BBC Sounds.