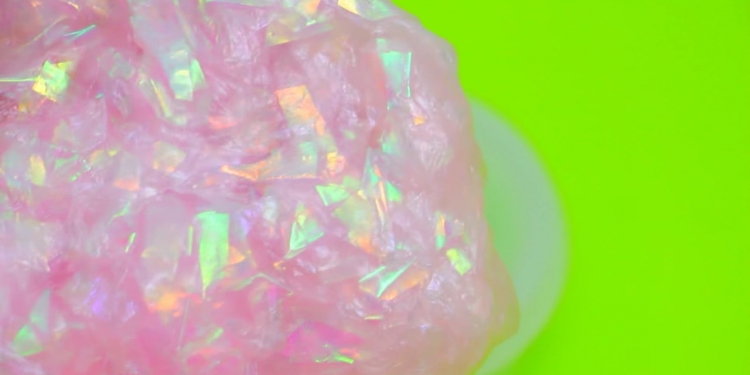 The latest craze which is taking the internet and school playground by storm is unicorn slime. It's a gooey, glittery substance which can be made at home and there are hundreds of videos on YouTube of home-grown recipes but some of the ingredients children are using to make the slime are extremely dangerous.
Kids are experimenting with the slime, trying to find the best combination of ingredients to make the perfect unicorn slime. Kids are sharing their best slimes on Instagram and even selling it to classmates, some pots are reportedly selling for up to £10.
However some of the ingredients being used are far from safe for kids to be playing with. One 10-year-old, British schoolgirl named Deejay Jemmett was left with serious chemical burns on her hands after making a batch of the slime.
After handling the unicorn slime, Deejay's her hands were left red raw, covered in blisters and to her horror, her skin started to peel off of her hands and she had to be referred to a plastic surgeon.
The recipe followed it suggested using borax, a chemical also known as sodium borate. It's mostly used as an ingredient in detergents and cosmetics. Borax is known to damage fertility and cause serious eye irritation and for this reason it can be quite hard to track down, although it can be bought online.
Instead of borax, Deejay substituted it with fabric detergent in her batch of slime, her mum, Rebekha said, "within 48 hours her skin had started to peel off. From there it got worse. It is unbelievable. She is struggling to write and struggling to hold a knife and fork. She's in pain and it’s very itchy."

There are some recipes which contain safer and non-toxic ingredients. Even so, parents should check what is being added to unicorn slime, as a simple rule, it's the ingredient isn't safe for children to use in its raw form then it shouldn't be added to the slime.
The video below shows how to make slime using a non-toxic glue, water-based paint, water and glitter.
Add A Comment
Tags:
unicornstopical

How To Grow A Unicorn With A Potion

Why Are Unicorns So Popular? 🦄

Why Are There So Many Unicorns Around The City Of Bristol