Starbucks have launched a new Unicorn Frappuccino but Harry Potter fans are worried that if it truly contains unicorn's blood then drinking this frap would lead to a cursed, half-life. 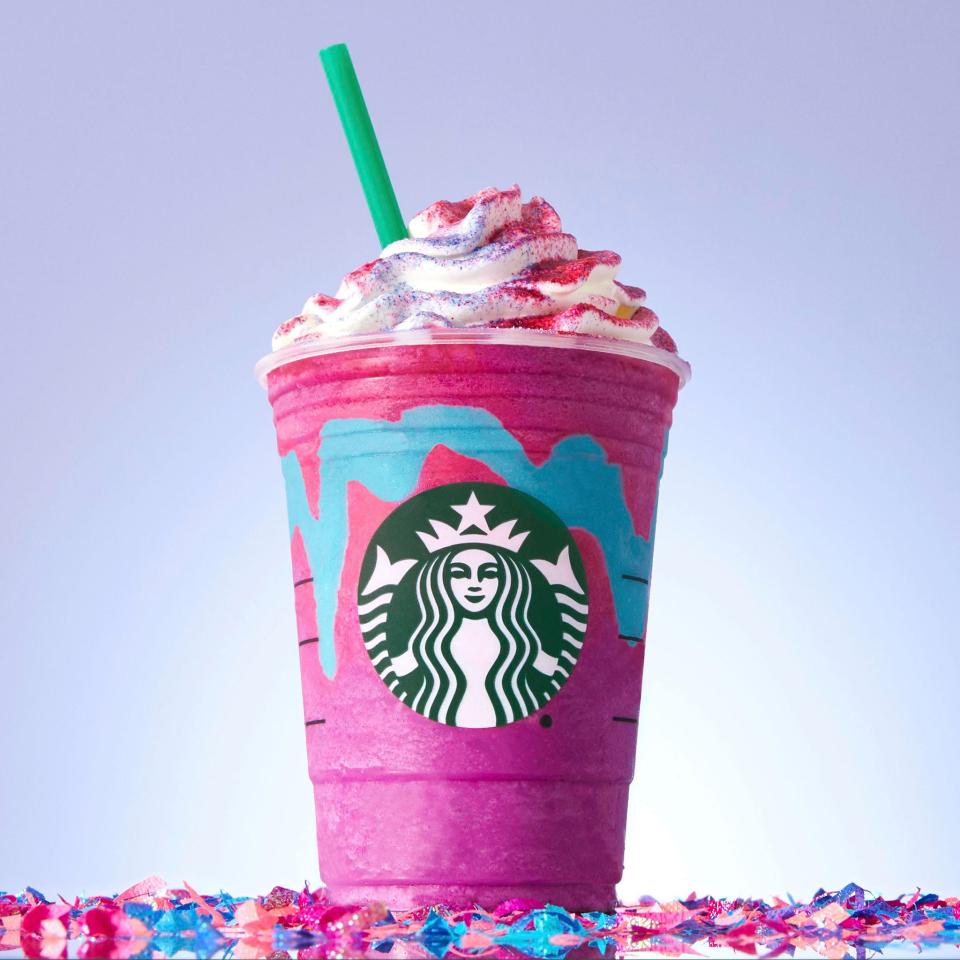 Starbucks' latest creation, the Unicorn Frappuccino, has taken the muggle world by storm and despite being as a hard to track down as its mythical creature namesake, reviews of the cotton-candy-coloured drink have been overwhelmingly positive.
The magical-looking drinking is a Creme Frappuccino blended with mango syrup and layered with a sour blue drizzle, it's finished with a topping of vanilla whipped and dusted with a sweet pink and sour blue powder.
Not only have Starbucks invented a drink which you can't help put post on Instagram, but they've also managed to create on of the most magical drinks ever, with a twist of the straw you can change the whole flavour of the drink, mixing both sweet and sour in different ways.
While the drink may look magical, some Harry Potter fans are a little unsettled at the thought of drinking the essence of a unicorn, they believe that by doing so they will be forced to endure a cursed life.
If J. K. Rowling taught us anything in the Harry Potter books, it was that unicorns are sacred mythical animals and anyone who slays one in order to drink its blood will endure a cursed life. In fact it was unicorn blood that Lord Voldemort drunk to keep himself alive.
"The blood of a unicorn will keep you alive, even if you are an inch from death, but at a terrible price. You have slain something so pure and defenceless to save yourself, you will have but a half-life, a cursed life, from the moment the blood touches your lips."
Harry Potter And The Philosopher's Stone
Sadly the frappuccino is proving as elusive as a unicorn, it's only been available for a four day run in selected stores in the US, Canada and Mexico but based on the success of its limited edition launch the beverage might come back for a longer run and perhaps next time it could be heading to Europe too.
Add A Comment
Tags:
starbuckscoffeeunicornsharry pottertopical

All The Beasts From 'Fantastic Beasts: The Crimes Of Grindelwald'