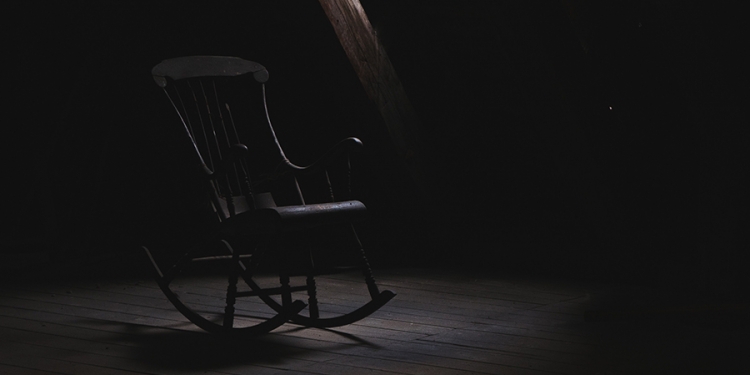 Photo: pixabay.com
'Ghost Adventures' star Zak Bagans has purchased the notorious "Devil's Rocking Chair", a haunted artefact connected to famed paranormal investigators Ed & Lorraine Warren's "Devil in Connecticut" case.
The paranormal investigator told Newsweek that he acquired the cursed chair to display in his Haunted Museum in Las Vegas, setting him back $67k.
According to Zak, visitors are in for a supernatural treat when it goes on display in the museum in a few weeks time, as the chair is already showing signs of paranormal activity.
It's claimed that many who have been brave enough to sit in the haunted chair experience severe back pain. It's said that one victim of the chair even required surgery after sitting in the chair.
The chair was use as part of an exorcism ritual in the early 80s, and is still stained by the holy oil used by Ed. The husband and wife team were attempting to free a young boy named David Glatzel from a case of demonic possession.
During the exorcism, the rocking chair is said to have moved on its own, levitated and even vanished before reappearing. Lorraine even claimed to have seen a best sitting in the chair.
According to their case file, when the demon left the boy's body it found a new host, the body of Arne Cheyenne Johnson, who went on to murder his landlord. In court Johnson claimed that he was compelled to commit the crime due to his demonic possession.
Speaking about Johnson's courtroom saga, James Wan the director of 'The Conjuring' franchise, which is based around the Warrens' work, said, "I think it's the first time in America's history where the defendant used possession as a reason, as an excuse."
Zak bought the chair from Carl Glatzel, the brother of David. He told Newsweek, "knowing the famed Ed and Lorraine Warren were a part of this case and that I was able to buy everything a member of the Glatzel family had in connection to it, including the 'Devil's Rocking Chair' was a major score for me."
The Glatzel and Johnson case is the subject of the Warrens' 1983 book, 'The Devil in Connecticut' and it's rumoured to be the plot of the upcoming movie 'The Conjuring 3', which is due for release in 2020.
Demonologist Ed Warren died at the age of 79 in 2006, leaving Lorraine to continue running their occult museum from their home in Connecticut up until her death earlier this year. They investigated such cases as the Amityville haunting, Annabelle the cursed doll and the Enfield Poltergeist case.
Despite its involvement in the Warrens' case, the rocking chair has never been in the possession of Ed and Lorraine and was not a part of their occult museum. The chair had actually been in the Glatzel family since the 1950s.
The chair will now be given pride of place in Zak's own Haunted Museum, near Charleston Boulevard and 6th Street. The museum is already said to be packed full of so many disturbing haunted items that guests are required to sign a waiver to enter and under 16 year olds are not allowed in.
The museum has thousands of supposedly haunted and demonically possessed items on display, including Peggy the Doll who is known to cause heart attacks. There's also the original wooden staircase from the Indiana home that featured in Zak's documentary, 'Demon House', a chair from the room where Michael Jackson died, and the infamous van that was fitted out as a mobile assisted suicide wagon by the controversial, Dr. Jack Kevorkian.
One item which is easily the museum's most famous, and said to be the most haunted item in the world, is the infamous dybbuk box, which is believed to host a malicious demonic attachment. The ancient wine cabinet inspired the movie 'The Possession' and has been blamed for a black cloaked figure seen moving through closed doors in the room it's displayed in.
View Comments
Tags:
paranormalzak baganstopical