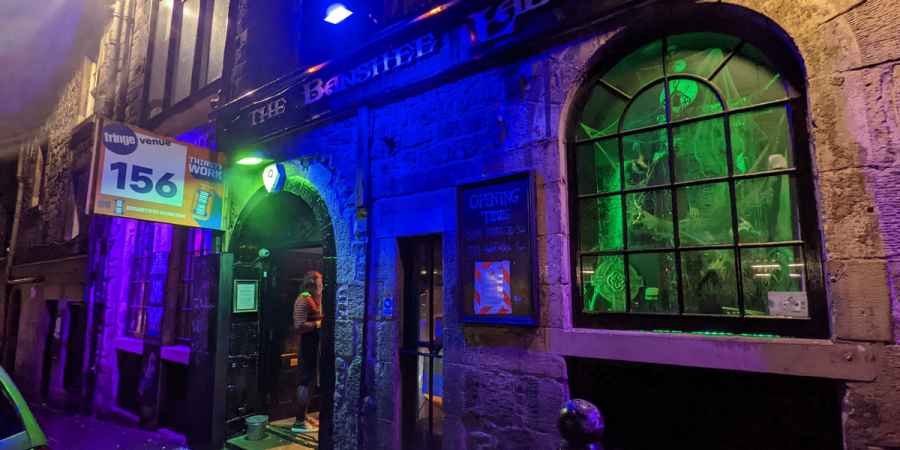 The Banshee Labyrinth is said to be Scotland's most haunted pub and it sits right above, and in parts opens up into, one of the country's most famous paranormal hotspots, Edinburgh Vaults. The Labyrinth is said to be haunted by the banshee, from whom the venue takes its name. A banshee is a supernatural entity, said to be female, who appears and cries or shrieks to foretell the death of a loved one.

She's sometimes been seen as a pale-faced woman in a grey dress sobbing into her hands. She was most famously reported by a group of workmen refurbishing the venue. They all heard her scream and a few hours later one of them received a phone call informing him that a family member had passed away.
Other spooks spotted by drinkers include the ghost of a little girl known as Molly. She's said to have haunted the pub since a child's shoe with the name written on it was discovered in a bricked-up chimney.
A sign in the pub reads "Molly was a wee lass, age six, that disappeared in 1841 and now haunts this room! When the pub was built, there was an old chimney in this area; this is believed to be Molly's burial site. When we were bricking up the chimney, a child's shoe fell out with the name 'Molly' written on it!"
There's also the ghost of Ole Jock who lurks in the ladies' toilets, and an apparition in a long black coat known as "The Watcher".
If you're expecting a well-lit gastro pub with comfy seats where you can have a quiet drink in the peace and quiet, then the Banshee Labyrinth isn't for you. It's dark and grotty in places, which isn't a negative as such, it is after all built in an underground vault and plays on its reputation as the most haunted pub in Scotland. Its maze of tunnels is a little smaller than you might be lead to believe as it's described as a labyrinth, but it's atmospheric and rings to the sound of rock music.