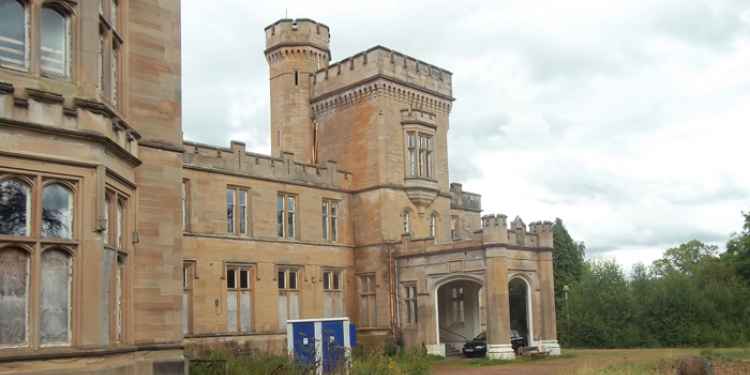 Birkwood Castle is 17th Century Neo-Gothic castle near Lesmahagow in South Lanarkshire. The castle was built in 1860 for McKirdy family but was handed over to the local council in 1923 when it became a psychiatric hospital for children. It continued to be used until 2005 when it was abandoned and fell into disrepair.

Birkwood Castle is said to be haunted by the ghosts of its former patients. When the hospital was operational, visitors and staff reported plenty of paranormal activity including the sound of disembodied footsteps and electrical disturbances.

Ever since, reports of ghostly goings on have come in thick and fast, including reports of a cigar-smoking spirit whose smoke can be smelt around the castle. There's also said to be a ghost of a young boy called Michael who has been seen on a spiral staircase in the building where he is believed to have fallen to his death.

People have also reported hearing the eerie sound of a woman crying and singing from empty rooms throughout the building. The ghost of a man who was murder by being stabbed through the throat has also been spotted in the castle.

A few years later in 2015, one of the castle's exterior walls collapsed. Many blame the amount of ghostly activity at the building for the collapse, which was so loud that people in the local area reported hearing an explosion.