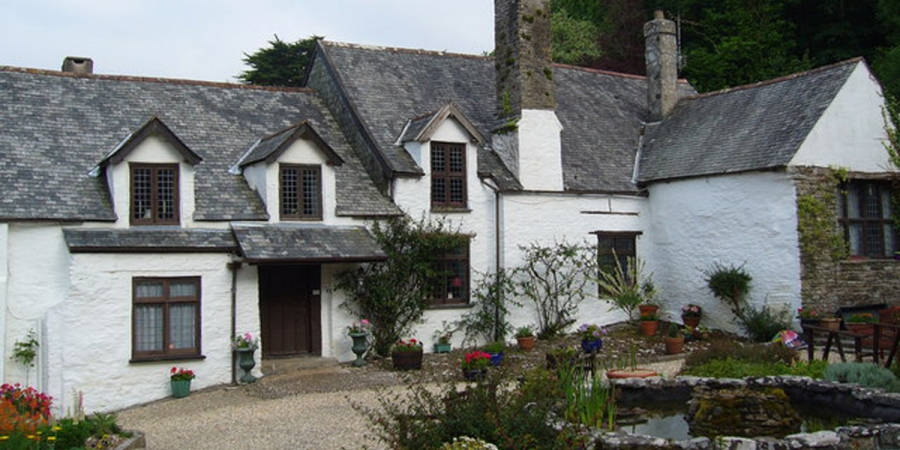 Chambercombe Manor is a historic manor house with a very tragic tale to tell. It can be found in the costal Devonshire town of Ilfracombe and has tales of the paranormal associated with it in the form of cold spots and poltergeist activity. Recently, its role changed to a working farm until in 1979, the Chambercombe Manor Trust took ownership allowing visitors during the summer months.
The earliest available records list a lord of the manor way back in 1162 and in addition to its priest holes, a licensed chapel was added in 1439. The priest hole wasn't just used by the clergy, but also by smugglers, and in the dead of night, groans can be heard echoing from it.
The ghost of a woman called Elizabeth has been seen walking on the 400 year old floor in the kitchen. The spirit of a man has also been felt by the fireplace and an old woman dressed in black has been seen sitting on the windowsill.
It's said that in the 1650s the family living in the house found a dying woman on a near by beach while breaking up the wreck of a ship. She'd been smashed against the rocks her face was badly disfigured, they brought her back to the manor where she died in bed five days later. After her death they discovered from the a ship's manifest that the disfigured girl was actually their daughter who had previously runaway and married an Irish sea captain. It's said that they didn't know what to do with the body, so they left her in the bed and simply bricked up the room. In the 1880s the secret room was discovered and re-opened, the skeleton of that girl was still there to that day.
A child wearing swaddling clothes has been seen inside an old cot in the bedroom as it rocks from side to side, and the ghost of a woman wearing a long grey dress has been seen standing over it. Another bedroom is said to be where a young girl age six died, ever since her ghost has been seen playing in this area along with her friend. Two male entities have also been witnessed in the same room and one of them supposedly is not a nice character.