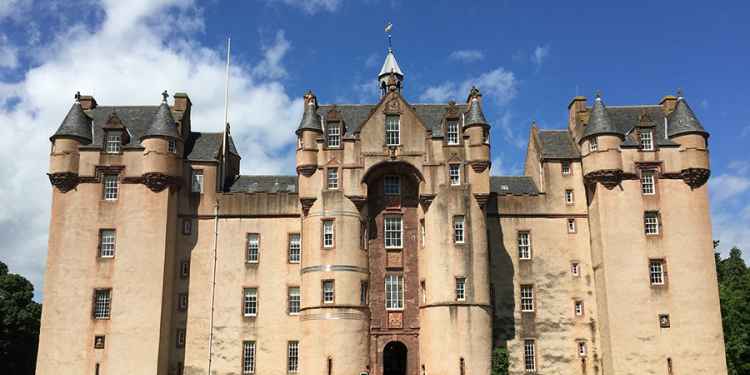 The 13th century castle is said to be plagued by an evil curse, as well as plenty of paranormal activity. The first reported ghost sighting in the castle was in 1601 and was said to be that of Dame Lilias Drummond, the Green Lady.

The castle's legendary curse dates back to a visit by the famous Scottish prophet, Thomas the Rhymer. He was approaching the castle on a dark and stormy night. As he got near, the castle door slammed closed in his face due to the wind. As a result of this he refused to enter the building and cursed it by placing three weeping stones within the grounds. He said until the three weeping stones were found, no eldest son would earn the right as the heir of the castle.

Two of the stones were never found, however one weeping stone that was found is kept in the Charter room in the castle. All that is left of the stone today is its crumbled remains, nothing more than a pile of dust.