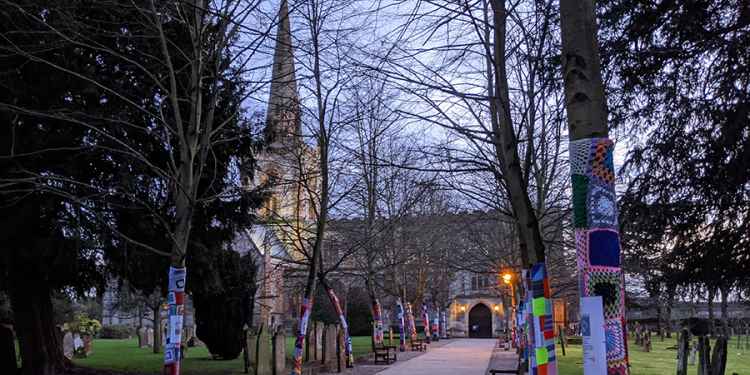 The Grade I listed Holy Trinity Church sits on the bank of the river in Stratford-upon-Avon, the church is most famous as the burial place of William Shakespeare. Above his grave, which is said to be cursed, an eroded stone slab reads "good friend for Jesus sake forebear, to digg the dvst enclosed here. Bleste be ye man yt spares these stones, and curse be he yt moves my bones."
In Shakespeare's time, it wasn't uncommon for the remains of the dead to be exhumed, either to make room for new burials or to obtain bones for medical experimentation.
The churchyard is also believed to be the scene of a murder. As recently as 1954, a woman named Olive was killed after a night out. Her woollen scarf had been used to tie her body to a heavy tombstone that had been uprooted from the graveyard of the church and was thrown into the river. It said that her ghost has been seen standing in the river near the church, her murder remains unsolved.