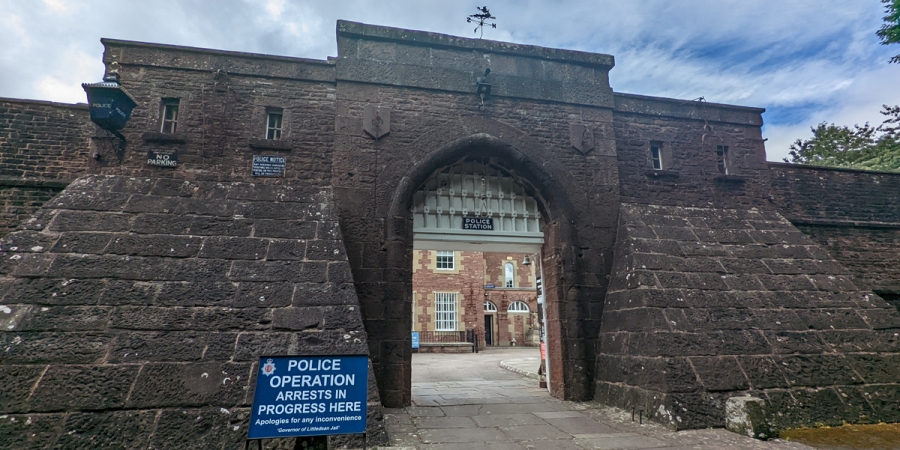 Littledean Jail is a former prison dating back to 1791 in the Forest of Dean near Gloucester, which today houses the Crime Through Time Museum.
Almost 200 years of incarceration, suffering and death are said to have left their mark on the building, which is now reputed to be one of the most haunted places in Gloucestershire. There's been so much paranormal activity witnessed in the prison that the attraction now opens its doors to public ghost hunting events.
The activity reported in the museum includes the sighting of the ghost of a little boy called James. It's said that he wanders the cells day and night. His presence has been felt by many visitors who describe him as a friendly and welcoming spirit. The sounds of children crying have also been reported coming from the cells.
Others have reported seeing menacing shadow figures, heard unexplained footsteps, and seen doors slam closed of their own accord. There are reports of the museum's exhibits mysteriously shaking, lights have flickered and objects on display have been thrown by unseen hands.
Perhaps the jail's most unsettling resident spook is that of a former jailer, who is said to make his presence known by touching visitors, throwing things at them, or even appearing in the form of a sinister apparition.