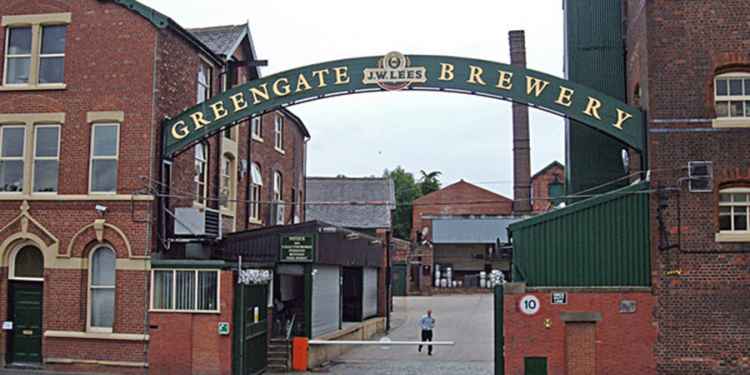 The Greengate Brewery is said to be troubled by ghostly goings-on including barrels moving around in the cellar, a dark figure appearing in the attic and a security guard getting his face slapped by an invisible presence. Inside it resembled an old factory, while the outside of the building looked like it belonged in the television show 'Coronation Street' with its cobbled lanes and red brick buildings.

In 1828, a successful cotton manufacturer by the name John Lees bought the Greengate house premises and set up a brewery. Although new to this line of work, John succeeded in creating a thriving family business. In 1876, ale product was so good, that a new brew house had to be built to cope with demand. Two years later, the founder's sole surviving grandson, John Willy Lees, took the helm and the brewery became J.W. Lees & Co. The brewery has managed to change with the time and remained a successful independent company.

The brewery has a high level of reported paranormal activity, such as poltergeist activity, phantoms and footsteps have all been witnessed here.