The Ghosts Of The Victorian Courts Of Justice, West Bromwich 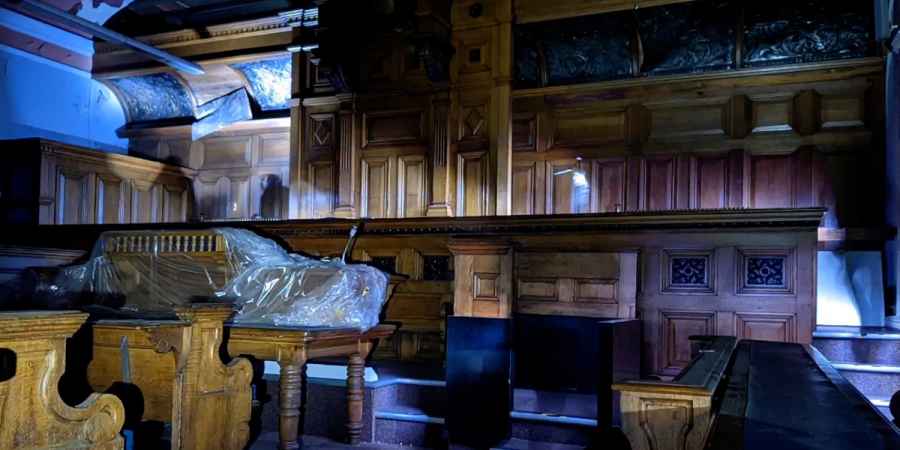 The former West Bromwich Magistrates Court building in Lombard Street West is deceivingly small from the outside, but inside the two-storey red brick building consists of three main court rooms, one of which was especially impressive with its imposing and ornate wood-panels and a more modern bullet-proof glass box which serves as a completely impenetrable dock where the defendants would have once stood during their trial. From within this glass cage stairs lead directly down to the cells below.

There's also countless abandoned offices and rooms off of the confusing layout of dark corridors and winding stairs. There's even some very dark, cold and eerie subterranean holding cells, complete with heavy metal doors that open on to a single corridor with a thick barred gate at one end.

The now-decaying building dates back to 1890, and was used up until 2011 when it was closed as part of a reduction in courts across England and Wales. Ever since, the Grade II listed building has been left vacant and has fallen into a state of disrepair, but with life changing judgements being passed in this building for over a hundred years, and the accused being locked up in dark cells awaiting their fate, it's no surprise that the courts now have a sinister atmosphere and a haunted reputation. Dark shadow figures have been seen, objects have been thrown in the darkness, and visitors have reported being touched by unseen hands.

The Victorian Courts Of Justice Map