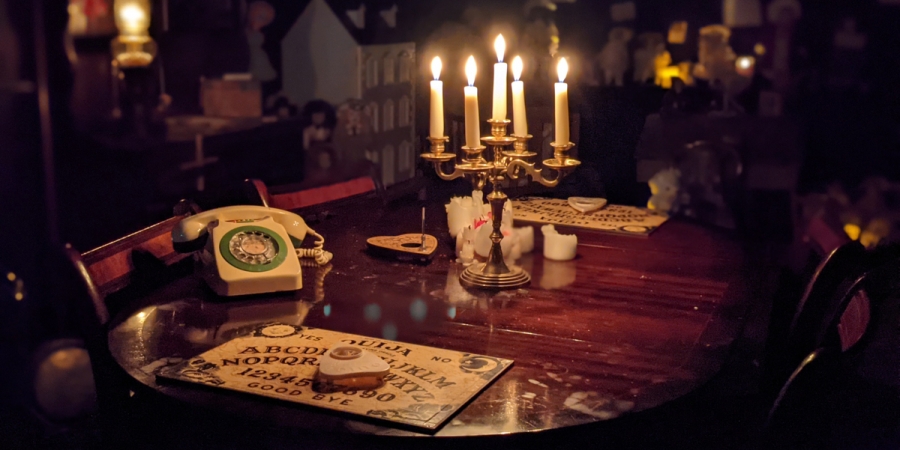 The Haunted Museum & Spirit Shop opened at the end of 2021 in a 200-year-old former shop in Stoke-on-Trent. It's spread across two floors and houses six atmospheric rooms of haunted artefacts and ghost hunting paraphernalia. The whole building is rigged with cameras in the hopes of capturing paranormal activity should it occur in any part of the museum.
The museum has its own authentic Victorian-style séance room, which has an old granddaughter clock in the corner, it hasn't worked for years, but it's said to resume its steady tick-tock from time to time, as well as letting out the odd unexpected chime.
In the adjacent room there's various fascinating objects including copies of the infamous crying boy paintings lining the wall. Two of these prints came from a house where a family suffered from 11 years of hauntings. After these pictures were found in the attic and removed, the activity stopped.
According to the building's history, a little girl named Sarah was found dead at the bottom of the stairs. This area is now the museum's nursery where a selection of haunted items and trigger objects that might appeal to child spirits are on display.
The museum's most famous object is Mary, an old-looking doll that has been seen to violently rock on her chair, has been thrown out of the chair, and her eyes have been seen moving. Many of these incidents have been caught on the museum's CCTV cameras.