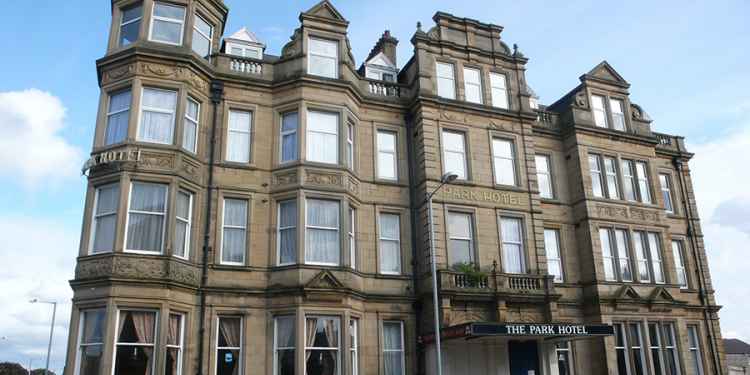 The grand hotel, which now stand abandoned on the seafront, was built in 1895 by Edmond Park, the luxury hotel attracted England's wealthiest and most influential, but it was rumoured that after hours Park held séances and strange occult rituals. He mysteriously disappeared in 1899, never to be seen again. Many think that he was murdered in the hotel, cursing the property and his spirit has never left. The story of the curse it well known throughout the town.

Locals say a young soldier drowned in the sea and was brought back to the hotel, where he was pronounced dead. They also tell the tale of a woman named Emma Manson, who was murdered by her husband on the second floor and his body was found hanging in the tower. Another man took his life on the tower too, hanging himself from the outside.

Staff and visitors in the hotel have heard disembodied screams, seen phantom apparitions in the hallways and witnessed a child spirit roaming the building. Lights are said to turn themselves on and off and the property's manager has even caught a demonic face on CCTV.

The Park Hotel Features In

More From The Park Hotel