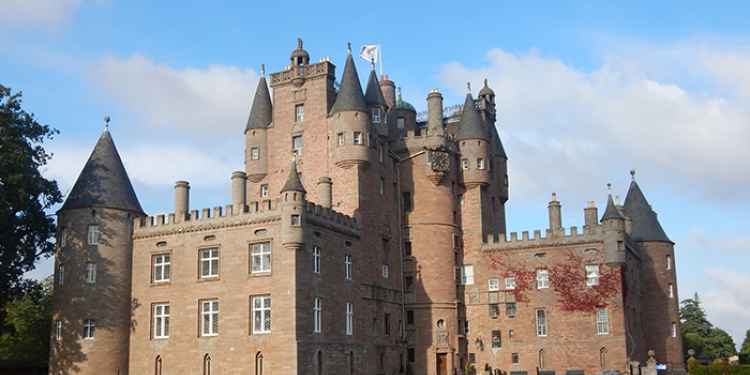 Glamis Castle is situated in the village of Glamis, Angus and is the home of the Earl and Countess of Strathmore and Kinghorne, the Bowes-Lyons family. The category A listed building is said to be haunted by many ghosts, including the ghost of the woman with no tongue who's been seen walking around the grounds.

There's also said to be a Grey Lady, thought to be the ghost of a former resident who was burned at the stake for being a witch in 1537. The spirit of a young boy has also been spotted sitting on the stone seat by the door of the Queen's room, he's believed to be a former servant at the castle.

The 4th Earl of Crawford, Alexander Lindsay, is also said to haunt the castle. He was said to be cruel man in life, but since passing has been sighted as a dark figure standing over beds in the dead of night.