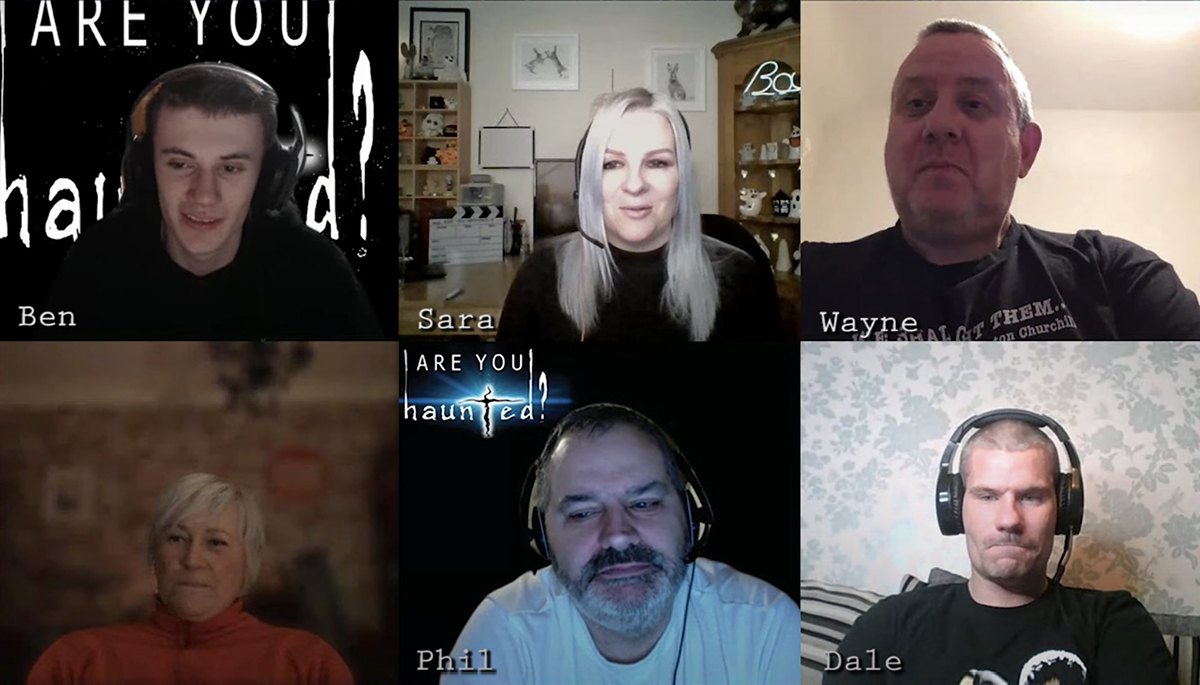 Photo: youtube.com
Phil and Sara Whyman and their intrepid team of paranormal investigators are normally out filming for their back-to-basics ghost hunting series, 'Are You Haunted...?', but since the third national lockdown began field investigations have been well and truly off the table for now. This has forced the team to become one of a handful of who have come up with creative ways to keep producing paranormal content safely.
The ghost hunters will be bringing followers a fortnightly podcast called 'GhostCast' in which the team will talk openly about their favourite subject and possibly a few guests over the coming weeks.
Joined by their on screen co-stars Jane Carrigan, Dale Dickinson and Ben Woodward, and the team's newest member Wayne Dean, Phil and Sara welcomed viewers to the first episode of the biweekly video podcast in which they host a lighthearted discussion about their passion for the paranormal.
In the first half-hour-long episode the team talk about their experiences filming their Halloween special at a legendary haunted location. The investigation at Tutbury Castle in Staffordshire proved to be a very active. The team spent two nights at the castle searching for spooks. The first night alone resulted in a shock for one member of the team. Dale became overwhelmed after seeing a shadow figure moving right past him in the castle.
It was a genuine and moving reaction to a rare paranormal encounter and in episode one of 'GhostCast' followers of the web series get to hear Dale discussing the fascinating moments with his team mates.
The podcast featured the team speaking remotely via webcams in the familiar Zoom-like grid we've all become familiar with during lockdown. The chat is interspersed with clips of the show to add colour and context to the webcast.

As well as talking about their own ghostly encounters, the team discussed a clip that Sara had come across which appeared to show a spooky happening captured on camera in a haunted house. The video posted by college graduate Dominic Matigian went viral on TikTok late last year, but what did the team make of the alleged paranormal activity?
Phil said, there are a few things in the video that paranormal investigators would look at and "automatically be suspicious." The veteran paranormal investigator was careful not to say that the video was faked, but suggested that it's hard to form a conclusive opinion from the clip. The show's youngest team member, Ben, then showed up the others with his working knowledge of TikTok and suggested a plausible explanation that involves audio trickery.
The podcast follows on from the team's successful second series that saw the team pick from a selection of locations before embarking on investigations at these haunted places scattered across the UK. The team conduct their research without the aid of dubious and unproven ghost hunting gadgets and instead rely on their own senses.
Look out for future episodes of 'GhostCast' that will appear on the official 'Are You Haunted...?' YouTube channel, and of course you can keep up with the latest news on releases and episodes as the drop on Facebook.