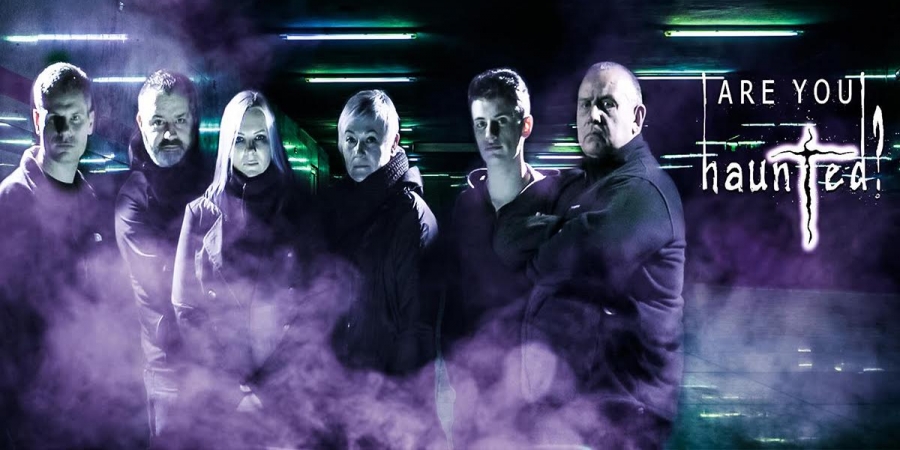 The 'Are You Haunted...?' team are leading the way for British paranormal programming, but how much do you know about Phil and Sara Whyman and their team's investigations?
The back-to-basics ghost hunting series is now in its second series and to date the team have looked for proof of ghostly activity in many unique and previously untapped paranormal hotspots across the UK.
With a team consisting of Jane Carrigan, Dale Dickinson, Ben Woodward, Wayne Dean and formerly Tim Wagstaff, the gang have caught plenty of odd happenings on camera, but how much do you know about the team's story so far? Test your knowledge with our tricky trivia quiz...

1. At the start of each episode how many location do the team weigh up the paranormal potential of before picking one to investigate?

2. What is the name of the haunted pub that the team investigate in North Yorkshire?

3. Which member of the team became overwhelmed and emotional after seeing a shadow move past him at Tutbury Castle?

4. What did Jane hear on the stairs at The Park Hotel?

5. Upon reviewing the footage of which investigation did the team find Jane had caught a growl on camera while in an area alone?

6. At which location did the team see an unexplained long streak of light sweep past the camera?

7. Which of these theatres have the team NOT visited as part of the show?

8. Why was the location the team investigated in Grimsby so unique?

9. What is the name of the biweekly podcast the team launched in early 2021?

10. Which member of the team brought Thorne Workhouse in Doncaster to the table as a potential location to investigate?

11. Which location that the team investigated was used as a hospital during World War II?

12. The team were joined in their 2020 Halloween special by another familiar face from 'Most Haunted'. Who was it?

13. Where was the abandoned Victorian hotel the team investigated in series one?

14. At which location was Tim convinced that Phil was calling him from elsewhere in the building despite Phil being silent at the time?

15. Which of these team members has had the least locations picked throughout the first two series?

17. Which member of the team reported seeing a figure that looked like a "paper cutout man" at the Consett Steelworks Hospital?

18. Before officially joining the team, Wayne debuted as a guest investigator at which location?

19. What haunted object did Ben hear move at the Haunted Antiques Paranormal Research Centre in Hinckley?

20. At which location did the team debunk a photograph of a ghostly hand that circulated in local press?