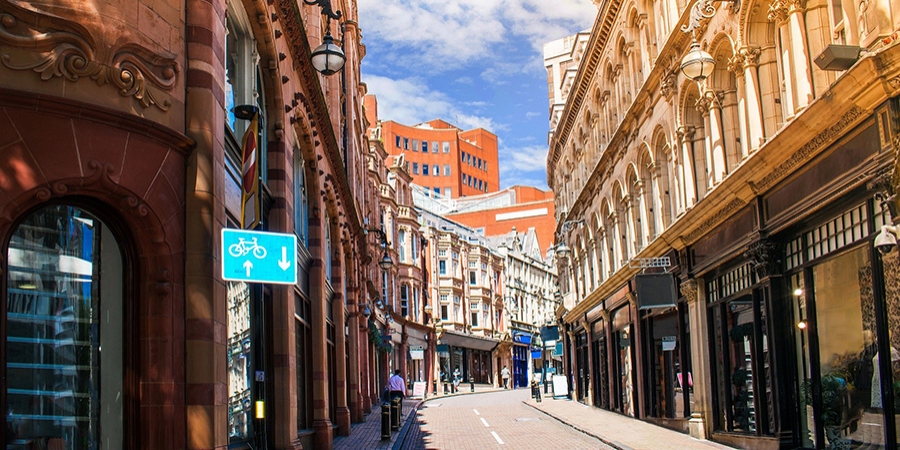 Photo: pixabay.com
We've put together 20 questions about Birmingham's ghostly hotspots, including Baskerville House where a negative energy in the cellar has been blamed for strange goings on in the house, and the Court Oak pub which is built on the site where many criminals were hanged in the 17th century.
Test your knowledge of the city's hauntings by answering taxing questions about the ghostly apparitions that have been seen on the platforms of the city's biggest railway station, and the very famous ghost who is said to haunt the Town Hall.

1. Which of these is a haunted swimming centre on the outskirts of Birmingham?

2. Which of these haunted locations in the city have Yvette Fielding and the 'Most Haunted' team NOT investigated?

3. A monk was said to have been walled up alive inside which Birmingham property that he's now said to haunt?

4. The cellar of Baskerville House is said to be haunted by a group of men who died after what incident?

5. The Court Oak pub is said to be haunted by the spirit of an executed criminal, but what nickname has been given to the ghost?

6. Birmingham New Street Railway Station is said to be haunted by a the ghost of a retired train driver who shot himself, but what was his name?

7. Which Birmingham building is said to be haunted by a military man in a top hat and a stage manager called Dick?

8. Birmingham Town Hall is said to have a very famous ghost, who is it?

9. A Victorian-era man smoking a pipe has been seen sat at the back of which performance venue in the city?

10. A shadowy monk is said to haunt which Birmingham location, part of which was once an old monastery?


11. The ghost of two stonemasons are said to haunt which building in the city where they died during its construction?

12. Which building that was his former home is Sir Thomas Holte said to haunt?

13. In the hugely successful paranormal podcast series, 'Uncanny', Danny Robins spoke to a Hannah Betts who experienced a haunting in her childhood home in Birmingham, but what is her job?

14. Which of these apparitions have been seen at Warstone Lane Cemetery in the city?

15. Which of these is NOT a former use for Haden Hill House?

16. Aston Hall is said to be haunted by a girl who was imprisoned in her bedroom by her father, but what was her name?

17. The monk who haunts Haden Hill House is said to have been killed by the parents of a young girl he'd fallen in love with, but what was her name?

18. The ghost of a former mayor of Birmingham, Joseph Chamberlain, is said to haunt Birmingham Council House, but what is he known as?

19. A Victorian man known by the name of Claude is said to have poisoned himself and haunts which Birmingham location?

20. The ghost of a young girl has been seen sitting on her own grave at which Birmingham cemetery?