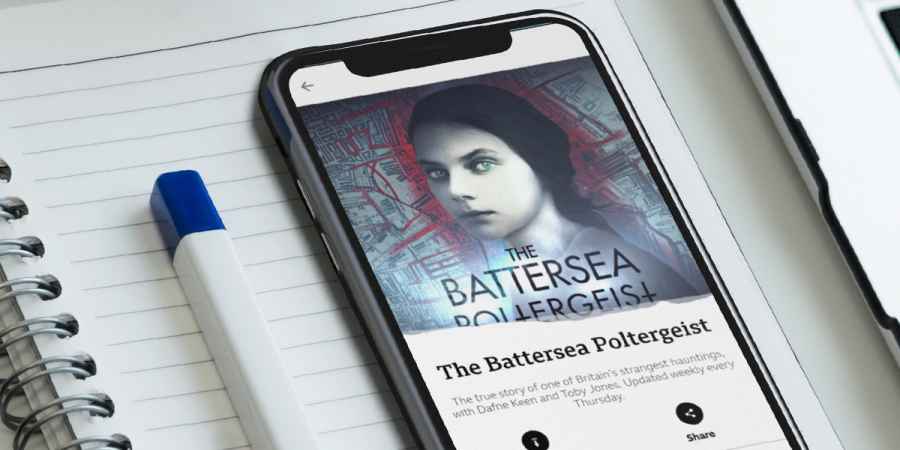 The hot topic in the paranormal world right now is the case of a poltergeist that terrorised a normal family in South London for 12 years, but this isn't a current haunting. The case has been thrust back to the forefront of supernatural sleuths' consciousness by a gripping new podcast.
Listeners of 'The Battersea Poltergeist' who are trying to solve this paranormal cold case now have the chance to get a little bit closer to the investigation and chat with the podcast's host Danny Robins and his panel of experts.
The new true-crime-style podcast series from BBC Radio 4 focuses on a family at the centre of a poltergeist case which has had believers and sceptics alike scratching their heads since 1956.
Danny, the enthusiastic host, has access to the original case files and is supported by analysis from academics in the paranormal field - Ciarán O'Keeffe a ghost hunter and parapsychologist working out of Buckinghamshire New University, and Evelyn Hollow a writer and parapsychologist from Edinburgh.
The case was originally investigated by Harold Chibbett and involved reports of paranormal activity that was focused around 15-year-old Shirley. The strange happenings at the Hitchings family home started with banging coming from the ceiling and walls that were so loud that their neighbours on Wycliffe Road thought the family were ripping up floorboards in the middle of the night.
Shirley, now 80, says that the haunting stole her teenage years, but in a rare interview for the podcast has opened up to Danny about the family's poltergeist, who they called Donald. Shirley tells us that they witnessed pots and pans being thrown through the air from empty rooms and countless other unexplained incidents - all of which they blamed on this mischievous entity.
If you've been listening along to all the twists and turns and formulating your own theory, or perhaps just have a burning question, the good news is it's now even easier to talk it through with the stars of the podcasts.
Next week, episode seven of the eight-part series will be released a day early on Wednesday, February 24. Danny, along with Ciarán and Evelyn, will be tweeting during a live listen-along starting at 9pm on that day.
After the tweet-along the three investigators will host a live chat with listeners. Speaking in this week's case update, Danny said "tweet us your questions and we'll try and answer them, and we'll be sticking around afterwards for a live discussion too. It's another great way to let us know your theories and also pick our brains on the case."
The case update is an example of the show's interactive nature. The special mini-episodes allow Danny and the experts to address listeners' theories and questions which have been sent in to the podcast since the last episode. This week's update focussed on an unusual physical condition called 'hammer toe' which some sceptics think might be responsible for the strange knocking sounds witnessed at 63 Wycliffe Road in the 50s.
Due to the success of 'The Battersea Poltergeist', Danny's 2017 podcast series 'Haunted' has re-entered the UK podcast charts. Unlike the #BatterseaPoltergeist, in this original series Danny tackles a different ghost story in each of the 11 episodes.
Join Danny and his panel on Twitter at 9pm on Wednesday, February 24 with the lights off and episode seven of 'The Battersea Poltergeist' ready to play on BBC Sounds.
Follow @danny_robins, @ciaranokeeffe and @_EvelynHollow to make sure you don't miss out, or follow the conversation using the hashtag #BatterseaPoltergeist.
Tags:
battersea poltergeistparanormalpodcaststopicalradiodanny robins