It's time to bust some Christmas myths wide open. There are a lot of common misconceptions that pop up in the press and in conversation each Christmas.
Some of these myths are harmless rumours, or the result of the facts being forgotten over time, while others claims are intentionally misleading and spread for sociopolitical reasons.
It's time to tackle some of those myths, everything from claims that the Coca-Cola company invented Santa to reports that Christmas carols have been banned in schools.

1. There Won't Be Snow In Africa This Christmas Time 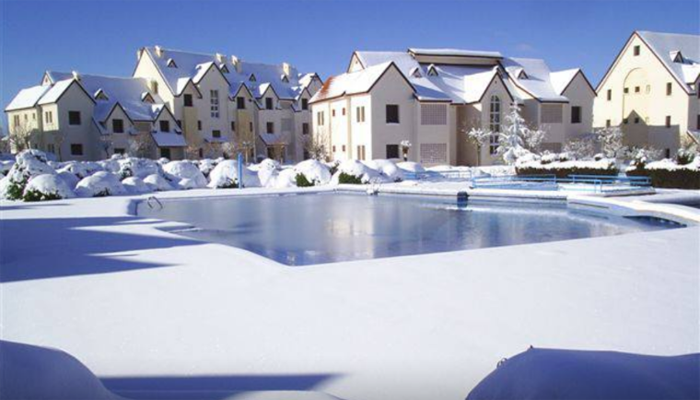 In 1984, Bob Geldof and Midge Ure brought together a gang of musicians including Bono, Phil Collins, Tony Hadley, Simon Le Bon, George Michael, Sting and Paul Weller. Collectively they recorded 'Do They Know It's Christmas?', a chart-topping charity single which aimed to raise money for victims of famine in Ethiopia.
One line of the song made the claim "there won't be snow in Africa this Christmas time". This is not true, and it's a lie which was propagated further in the 1989 version, 'Band Aid II' and in the 2004 when Daniel Bedingfield, Justin Hawkins, Thom Yorke, Chris Martin and others recorded 'Band Aid 20'.
The problem is, it does snow in Africa, especially in mountainous areas. There are even several ski resorts in Africa in Algeria, Lesotho, Morocco and South Africa.
And it get a little more problematic than that, as half of the continent is in the Southern Hemisphere and therefore Christmas falls in the middle of the summer, so it seems pretty unreasonable to expect snow anyway.
In an interview, co-writer Midge Ure said that the original line was going to be "there won't be snow in Ethiopia this Christmas," but he convinced Geldof to swap "Ethiopia" for "Africa." He said, "no matter how you try, you cannot scan 'Ethiopia', that just does not work."
The flawed line was corrected in the most recent version of the song, Band Aid 30, which was released with a lyrical overhaul in 2014 for the thirtieth anniversary of the charity song. It featured Ed Sheeran, Sam Smith, Rita Ora and Olly Murs to name just a few. Seal sung the revised line "bring peace and joy this Christmas to West Africa." 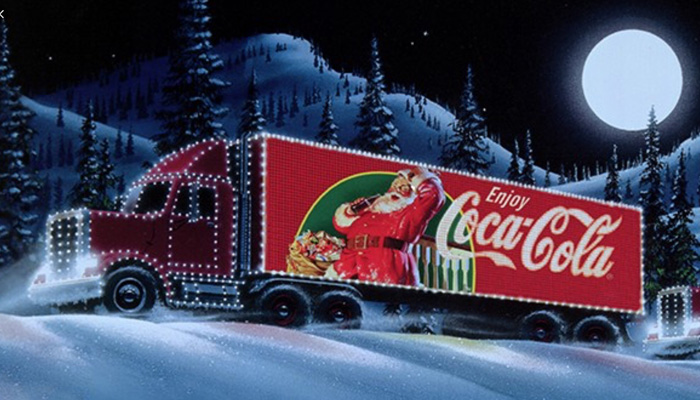 Coke's iconic 'holidays are coming' commercials are certainly pretty synonymous with Christmas, and many believe that the origin of Santa is as a character from Coca-Cola's Christmas marketing campaign.
This myth is pretty easy to debunk, since the beverage was first sold in 1886. The true origin of Santa, dates back hundreds of years to a monk named St. Nicholas 280 A.D.
However, a variation on this myth suggests that St. Nick originally wore green and white, and Coke gave him a red outfit on their bottles, a change which stuck.
Well, it's not true. The original St. Nick was the Bishop of Myra and he wore red and white. These were the traditional colours of a bishop's robes at the time.

3. The Poinsettia Is Dangerously Toxic 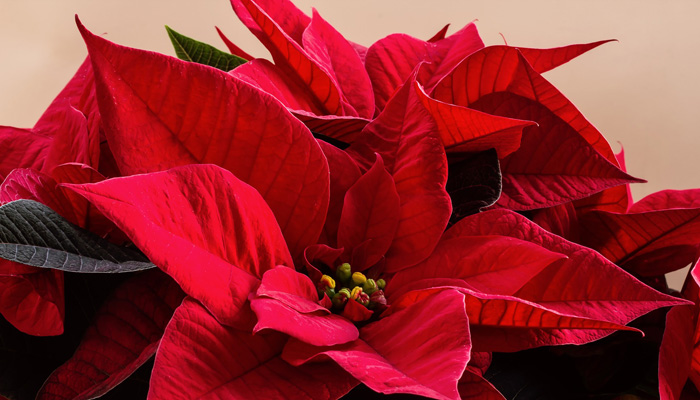 Photo: pixabay.com
Poinsettia are almost as popular as Christmas trees as festive decorations in certain parts of the world, but the vibrant red plant often comes with a warning to keep small children and pets away from this highly poisonous plant.
This myth is pretty old, it dates back to an unsubstantiated report from 1919 in which a two-year-old child died after eating a poinsettia leaf.
The dangers of this plant have been greatly exaggerated. It is only harmful to pets and even then it's far from deadly. If your pet should chomp down on the plant it might experience some drooling or discomfort around the mouth, and possibly vomiting in extreme cases.
But, first off its pretty unlikely that your dog is going to eat a house plant. And secondly, this specific species is no more dangerous to pets than countless others you'd find around the home, not to mention the other Christmas favourite, mistletoe, which is harmful to pets as well as humans.

4. Shortening 'Christmas' To 'Xmas' Is Sacrilege 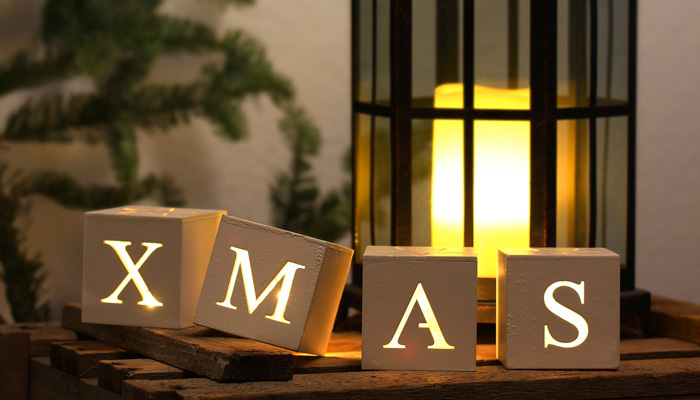 Some religious groups brand the use of the word "Xmas" as disrespectful. While some secularists do intentionally shorten the name of the celebration in order to remove reference to Jesus and Christianity, in most cases its nothing more than an abbreviation.
In general, the term "Xmas" is just used out of convenience or simply for variation. And it turns out that it's not as sacrilege or offensive as it might seem to be.
Of course, the "Christ" in "Christmas" refers to Jesus Christ, but actually, so does the "X". The Greek word for Christ is "χριστος," the first letter of this name, the Greek letter chi, looks like an "X" in English, so has been used as an abbreviation for Christ.
The shortening dates back to the first century, and evidence shows it was very common in the 16th century, perhaps as a cost saving measure for those using the printing press.
At the end of the day, however its spelt it's pronounced "Christmas" so the letters involved in getting there really makes little difference. 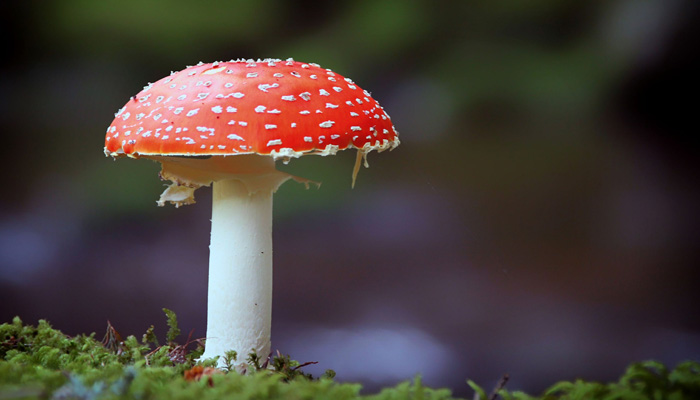 Photo: pixabay.com
You may have wondered where the story of Santa's flying reindeers comes from, and one popular myth is that Rudolf and his chums were seen to fly through the sky on Christmas Eve thanks to hallucinogenic mushrooms.
The myth originates from researchers who claim that shamanic traditions involved gathering Amanita muscaria mushrooms, these commonly grew in the parts of the world where reindeer were naturally found.
Some say that these red and white magic mushroom lent their colour to Santa's outfit, and the fact that these trippy treats were found underneath trees could be the origins of Christmas presents. It's also said that if you eat too many of them, reindeers might fly. Supporters of the theory also claim that these red bulbous mushrooms are the reason Rudolf is depicted as having a red nose.
Most historians dispute these claims and attribute the origin of the flying reindeers to Clement Clarke Moore's classic festive story 'The Night Before Christmas'. Some say Moore's writings are the definitive source of our modern Santa figure, including his reindeer crew.
"He sprang to his sleigh, to his team gave a whistle, and away they all flew like the down of a thistle. But I heard him exclaim, ‘ere he drove out of sight, 'Happy Christmas to all, and to all a good-night!'"
Clement Clarke Moore, 'The Night Before Christmas' 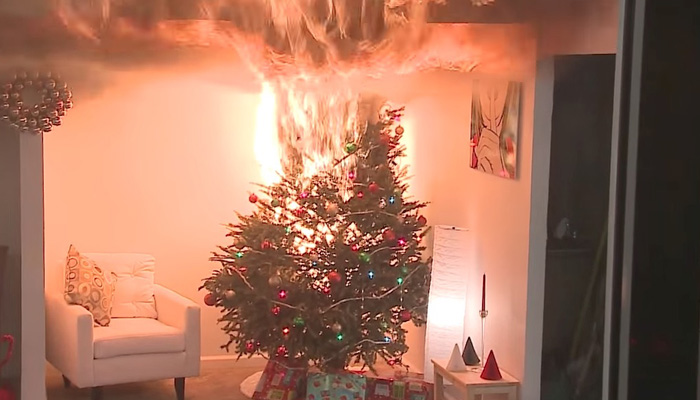 Photo: youtube.com
It seems that every year now, as we get closer to Christmas, a video goes viral which shows a living room being engulfed in flames within seconds. The source of the fire... Christmas trees.
The videos are often made by emergency services and fire prevention charities from around the world. Although the videos are pretty terrifying, a tree fire is actually pretty unlikely and with the advent of LED lights, which generate little heat, is becoming even rarer.
According to one organisation, there are 230 fires caused by real Christmas trees each year in the US. This may sound like a lot, but when you consider there are about 125 million households in America, and that over 25 million real tress are sold in the country each year, it's clear the numbers actually represent a pretty tiny percentage.
The message that charities are pushing is to water your tree daily as a wet tree won't burn, and to avoid overloading your sockets to prevent electrical fires.
Of course, it's sensible to take precautions as there's no denying that a burning tree will "flashover" your living room in under a minute, as you can see in this video. But, modern fairy lights are low powered which decreases the risk of overloading your sockets and they generate a very small amount of heat.

7. Christmas Carols Have Been Banned In Public Schools 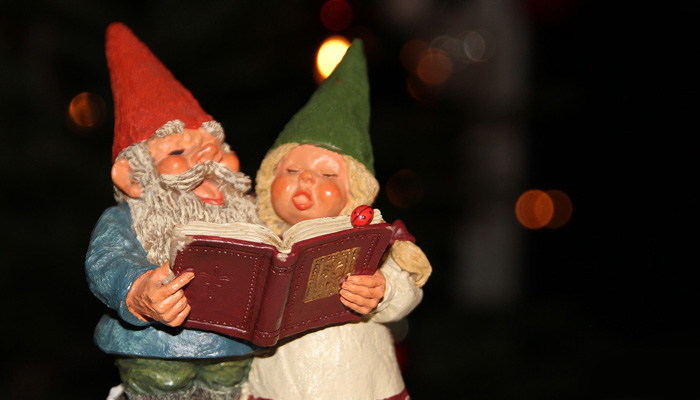 Photo: pixabay.com
Controversy-loving newspapers and right-wing media groups often report than schools are to ban pupils from singing religious carols at Christmas time. These claims are mostly the result of poorly researched journalism, and while it's true to an extent, it's not the "war on Christmas" that these report claim it is.
The stories have circulated in the USA, UK and Australia, as well as other countries, where some schools have independently made a decision to move away from carols in favour of less religious Christmas songs. But no education authority in any country as ever imposed a blanket ban on Christmas carols in its schools.
In one Australian state, the Department of Education did consider a ban this year, but the plan was scrapped months before Christmas due to a lack of support from parents. Of 1,200 families surveyed, 98% said they were in favour of carols remaining in schools.
Even in the few schools where religious songs have been "banned", the ruling has usually only covered songs performed in Christmas plays and pupils have continued to sing carols as part of other lessons and school choirs.
Tags:
christmastopical