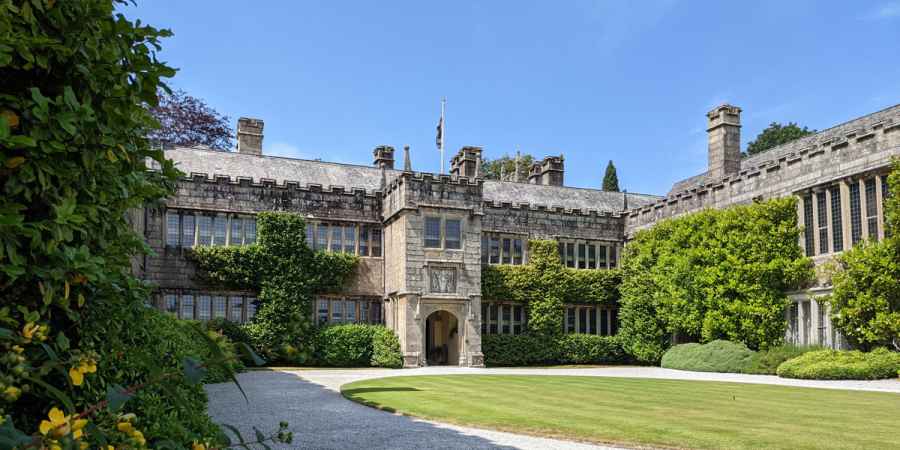 Cornwall is home to plenty of myths, legends, ghost stories and haunted locations spread all across the county. Perhaps its best known is the famous Jamaica Inn on Bodmin Moor, where recorded reports of ghost sightings go back at least as far as 1911.
It's a beautiful part of the country that's popular with tourists. If you've visited, you may well have drunk in one of the many haunted pubs, felt the cold chill of a lingering spirit in a beautiful costal castle, or picked up on an eerie presence in your historic hotel room.
We've put together 20 tricky questions about Cornwall, its ghosts and its paranormal history, so that you can test your knowledge of the things that go bump in the night in the Duchy.

1. A phantom goods train has been seen steaming through which Cornish town despite the fact it had its railway tracks removed many years ago?

2. A reportedly haunted house in Tintagel was once owned by which famous Hollywood actress?

3. Boscastle is home to a rather unusual haunted museum, what is it called?

4. Ghosts from several generations of the Robartes family are said to haunt which Cornish manor house?

5. St. Senara's Church in Zennor is said to be haunted by the singing spirit of what type of mythical creature?

6. An exorcist was once called in to deal with the escalating paranormal activity at which tourist attraction in the county?

7. Infamous occultist, Aleister Crowley, is said to have links with a dilapidated cottage on a hill above which costal village?

8. At which haunted Cornish attraction can you book on to an After Dark Experience?

9. Derek Acorah was fed which fake name at Bodmin Jail during a 2005 episode of 'Most Haunted'?

10. Which of these Cornish castles is said to be haunted by the ghost of a cat and a dog?

11. Which of these Cornish locations have Yvette Fielding and the 'Most Haunted' team NOT investigated?

12. What is the nickname of the poltergeist that haunts The Napoleon Inn in Boscastle?

13. The Death Ship, a phantom boat that warns of impending disaster is said to be seen in which Cornish bay?

14. A haunted cave in Polperro takes its name from a fisherman who is said to have got lost there and died, what is its name?

15. An old sea captain named George has been spotted wearing a tricorne hat, lace ruffles and a striking jacket in which historic Penzance pub?

16. What is the name of the ghost of a young girl who is said to haunt room 5 at the Jamaica Inn?

17. The town of Looe is said to be haunted by the spirit of a woman who was jilted by a local sailor but she takes the form of which animal?

18. The ghost of a highwayman has been seen in the Jamaica Inn, but what is his distinguishing feature?

19. Bochym Manor in Helston is said to be haunted by a female apparition, but how is she described?

20. The ghost of a woman milking a cow has been seen in the backyard of which haunted Cornish pub?