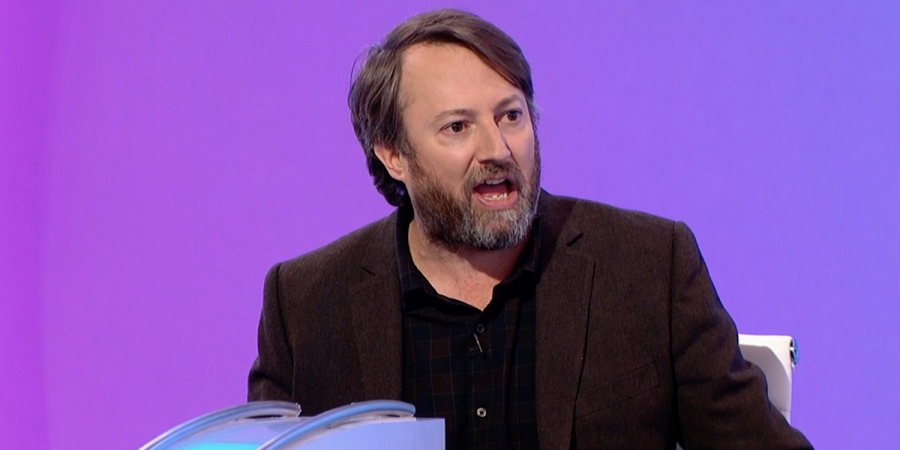 Photo: © BBC
In a recent episode of the comedy panel show, 'Would I Lie To You?', British comedian David Mitchell stated his firm belief that ghost "patently do not exist," before launching into a rant which slammed the final nail into ghosts' coffins.
David's skeptical outburst was broadcast in an episode of the award-winning BBC show which aired on February 22. He was joined by his rival team captain, Lee Mack, and special guests Maya Jama, Roisin Conaty, Roman Kemp and Dr. Xand van Tulleken.
The moment came during a segment of the show called 'This Is My...' As the shows host, Rob Brydon explained, this round involves a mystery guest who has a genuine connection with one of the panelists. David was tasked with working out which of the stories told by the rival team was true.
Maya, the former Radio One presenter who's famous for frequently fumbling her words on air, kicked things off by saying, "this is Martin, he once exorcised my car because I thought it was haunted."
This prompted David to pose the question, "do you believe in ghosts?" It's no surprise that Maya did, but comedian and star of the Netflix series 'After Life', Roisin also admitted to believing in spooks. This resulted in Roisin being "logic bombed" by David.
The ever-logical star of 'Peep Show' launched into a rant about the paranormal, asking Rosin, "why do you believe in ghosts? They patently do not exist."
He then explained, "if ghosts exist, why are they always in isolated places rather than absolutely cramming central London?" David argued that people have been living and dying in misery in the heart of London for 2,000 years.
He said, "you shouldn't be able to move for ghouls. And yet you don't see them there in the modern office blocks, or with the plague, or being eaten by a lion in Roman times, or having their head chopped off for no reason. Oh no, it's in one pub where a total of 2,000 people have lived ever, that's where the ghosts hang out. It doesn't make any sense."
David does have a very valid point, as there is seemingly no correlation between the frequency and location of ghost sightings and the numbers of deaths in that area.
As well as winning that particular argument, David went on to correctly deduce that the mystery guest was connected to Xand, who had told the panel that when he accidentally shaved off part of his beard, the mystery guest gave him some of his beard to replace it.
David dismissed Maya's car exorcism story, and Lee's claim that Martin had freed him after he got his fingers stuck in a bowling ball.

If you missed they episode of 'Would I Lie To You?' you can watch it back now on the BBC iPlayer.
Tags:
comedytelevisiontopicalghosts