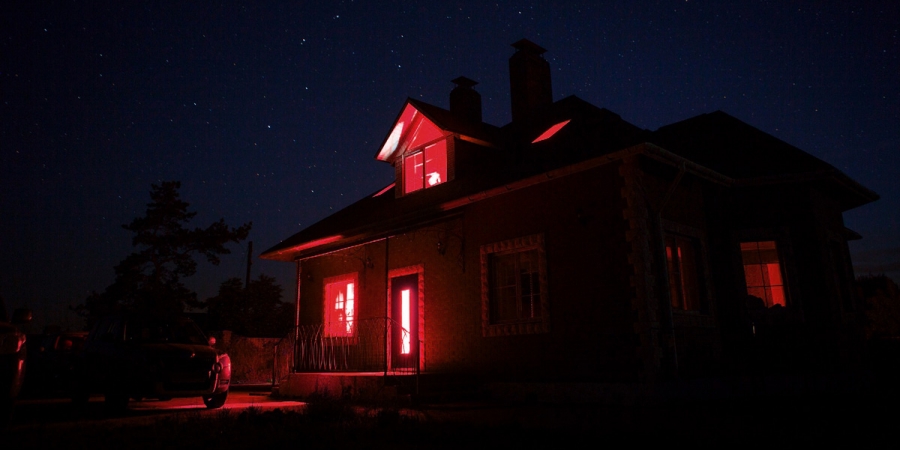 Photo: pixabay.com
Netflix have snapped up the rights to a horror film based on a story of real-life demonic possession that made international news a few years back.
The case was made famous by 'Ghost Adventures' star, Zak Bagans, who dubbed the sinister property in Gary, Indiana the "Demon House" in his 2018 documentary of the same name.
It's been reported that the project, which Netflix forked out $65 million for, will star Andra Day, Octavia Spencer, Glenn Close, Rob Morgan, Caleb McLaughlin and Aunjanue Ellis.
Andra will play the role of Latoya Ammons, who appeared in news reports in 2011 after claiming that her rented home in Gary, Indiana was haunted. Latoya and her three children claimed they witnessed paranormal activity including disembodied footsteps, dark shadows, poltergeist activity, and levitation.
As things worsened for the Ammons family, they turned to the local catholic church for help, the priest confirmed the house was haunted and performed several unsuccessful exorcisms in an attempt to help the family and clean the house, which by this time was being described as "a portal to Hell."
After a clairvoyant told the family that the house was haunted by no less than 200 individual demons, the activity started to escalate to a point where Latoya's son was allegedly possessed. This resulted in Latoya calling 911 and the boy being taken to hospital, where medical staff and members of the family witnessed him walk backwards up a wall.
The movie, which despite its real-life inspiration, is being described as a "fictional thriller", will be directed by Lee Daniels with production scheduled to begin later this year. There's no forecasted date for the movie's release at present, however we do know that the movie won't be shot on location in the original Indiana house, as it was demolished in 2016.
Following the demonic haunting, Latoya sold the rights to her story. They were later acquired by producer Tucker Tooley in 2014, who serves as one of the film's producers.
How close to reality the movie will be remains to be seen. Zak's 2018 film was widely described as a "pseudo-documentary," a film or video production that takes the form or style of a documentary film but does not portray real events.
One commenter on Zak's approach was Dr. Barry Taff, who holds a doctorate in psychophysiology and was involved in another famous possession case, that of Doris Bither in 1974, which is the basis of another film inspired by actual events, the 1981 movie, 'The Entity'.
Dr. Taff described the case as fascinating, but questioned Zak's documentary style, "in my professional opinion, Zak's film somewhat glossed over the real substance of this extraordinary case and chose to repeatedly talk of demons. While that orientation is interesting, it doesn't in any way help us learn more about what was really going on at this location and how the occurrences transpired. It would have been interesting to have spent much more time there doing some detailed electromagnetic and geomagnetic mapping of the area, but that would have taken weeks of time."
Add A Comment
Tags:
netflixhorrormoviestopical