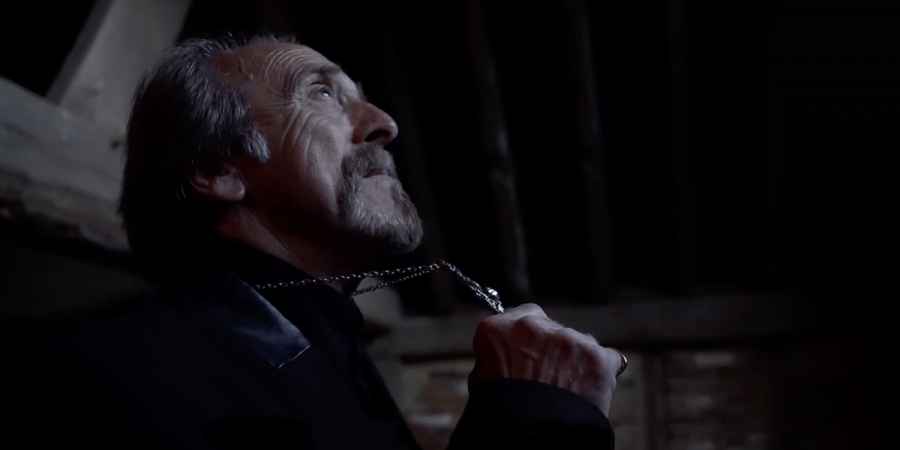 Photo: © Ulyces
The latest supernatural horror from the creator of the hugely popular 'Conjuring' franchise is a story of demonic attachment. Ahead of the release of 'Malignant', the French-speaking content creator Ulyces spoke to a group of specialists to find out if these malevolent entities really exist.
One of the experts who feature in Ulyces' six-minute-long YouTube video is the British demonologist, Fred Batt. Best known for his appearances in the long-running ghost hunting show, 'Most Haunted', Fred tells viewers about his experiences with dark entities.
Speaking from his home in Surrey, Fred said, "I started studying the paranormal as a broad subject when I was about 14. For years and years I studied ghosts, studied witchcraft - witchcraft I studied more than anything, but then I wanted to look further into the darker side of it and so I started studying demons."
In 'Malignant we meet Madison, played by Annabelle Wallis who previously appeared in Wan's 'Annabelle'. Now a grown woman, Madison has been being tormented by shocking visions of grisly murders which seem to be linked to her childhood imaginary friend, who might not be what he appeared to have been.
Also appearing in the French promotional video is Dr Richard Gallagher. He's a professor of psychiatry at New York Medical College and also recognised by the Vatican as a scientific consultant for the International Association of Exorcists. He tells us, "imaginary friends are not uncommon, a lot of kids have them. It's not even necessarily a psychological disturbance, there's a wide variety of imaginary friends."
Dr Gallagher says that in some cases the child might be talking to some kind of spirit. He says, "there's a technical term for that - it's called a familial spirit," but he warns that sometimes these spirits aren't friends at all, "there are evil spirits in my opinion who will try to entice or act very friendly. If it is that type of spirit, you know they're kind of lying and they're not really friendly, they often eventually turn on the person."
In the movie, Madison's torment worsens as she discovers that her waking dreams of gruesome murders are in fact terrifying realities and every kill brings her sinister attachment closer. Madison will soon find out who is committing these terrible crimes and the nature of the dark entity behind them, that she knew as Gabriel when she first made contact with him as a child - could it be the Devil himself?
It's a possibility that's all too real for Fred Batt. In the clips he tells us about Castle Houska in Prague, a place that he says really affected him and brought him dangerously close to the Devil. Setting the scene, Fred tells us, "Castle Houska was built in the 13th century not to house anybody or do anything, apparently the Devil had appeared from a hole in the ground and so the cistercian monks covered the hole up and then built a chapel on top of it and then a fortress around it to keep this thing in." 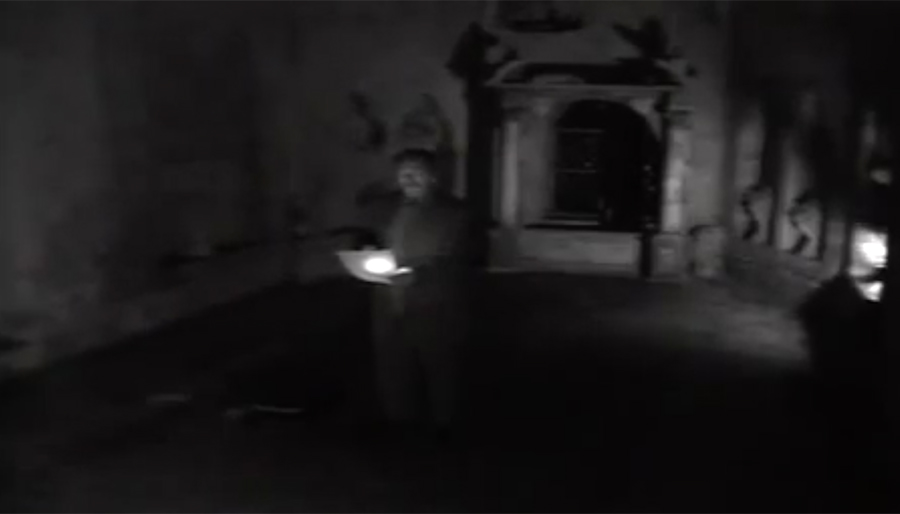 Photo: youtube.com
The demonologist continues, "I walked in there and they locked me in the chapel in pitch black and I started calling up Satan in Latin from this place where satan had actually appeared from. All of a sudden my briefcase which was about six feet away from me went over on its side. They came and got me out. I said 'why did you do that? That's what I'm there for, I called Satan, I wanted to see him you know'."
While Fred might be used to close encounters with the Devil, some aren't so comfortable when faced with demons as Dr Juanita Ruys, a historian from the University of Sydney who specialises in demonology, explains. She deciphers one of the scenes in 'Malignant' where Madison awakens to find a demonic force pushing down on her.
"We have one of the first autobiographies that was written in the western world by a monk called Guibert of Nogent in the early 12th century," says Dr Ruys. "His mother had one of these experiences and he describes it for us. She woke up absolutely paralysed with this hideous demon on her chest pressing the air out of her."
The video ends with the experts giving us a final warning about demons. Dr Gallagher says, "they're sadistic creatures and they like causing confusion and mischief. They like to try to corrupt people, they seem to take some kind of pleasure out of confusing and scaring people. It's a whole realm where you're dealing with entities who are not benign, not benign creatures."
While Dr Ruys adds, "do I believe that there are sort of malevolent forces that I would rather not deal with? Yes, I do believe that there are malevolent forces that I would rather have nothing to do with."
Wan is well known for his creepy horror movies, over the last few years he's directed 'Saw', 'Insidious', and of course 'The Conjuring', but this film marks a return to his directing roots with this new original horror thriller, which isn't based on any novels, true stories or previous works like other movies in his repertoire.
The slasher movie with a supernatural twist will also star Maddie Hasson best known for the web series 'Impulse', and George Young from the television series 'Containment'. Plus Michole Briana White, Jacqueline McKenzie, Jake Abel and Ingrid Bisu, who appeared in 'The Conjuring: The Devil Made Me Do It' and 'The Nun'.
'Malignant' was originally due to be released last year, but like many things was delayed due to the COVID-19 pandemic. The movie was finally released this month and is in cinemas in the UK now. In the United States the movie has been released in theatres and to stream on HBO Max. You can watch the official trailer for 'Malignant' below.
Tags:
fred batthorrortopicalmovies