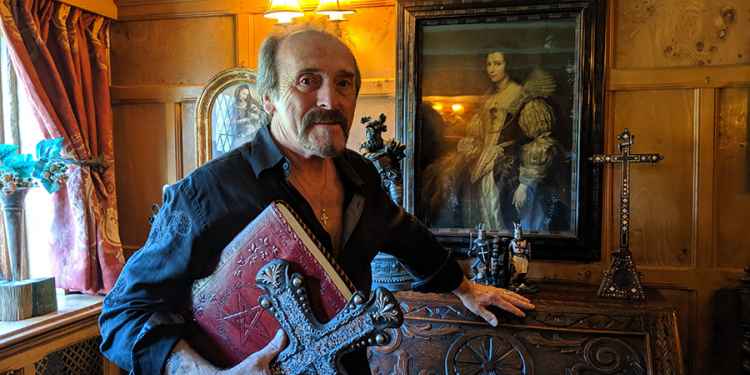 Fred Batt is best known as the resident demonologist on 'Most Haunted', but it's not just demons that the paranormal expert has spent his life investigating, the former night club owner who lives in his very own haunted house is also very knowledgable about the occult, witchcraft and paganism.
Fred has become known for his now-famous incantations. The Latin chants come from a large book of shadows that he is often seen carrying on screen.

Fred has appeared as a regular in the show since 2014, and before that was a regular on several of the legendary 'Most Haunted Live!' events. Perhaps Fred's proudest moment as part of the show was his brush with the Devil in Prague.
Below you will find a whole host of features, including transcripts of Fred's incantations, interviews and features.