Fred Batt On The Spring Equinox & Its Pagan Origins 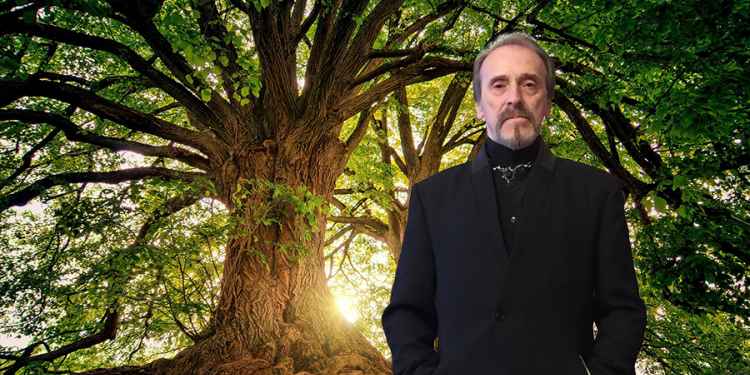 The March equinox or vernal equinox marks the first day of spring in the Northern Hemisphere. Its the origin of the modern-day festival of Easter. It started as a celebration of the renewed cycle of life, fertility and was more of a sexual ritual.
It was celebrated on the Spring Equinox, a time when all of nature is awakened from the winter season, and the cycle of renewed life begins - something which is now symbolised as eggs and young hopping bunnies.
Pagans originally celebrated this time of renewal by invoking Ēostre or Ostara, the Goddess of Spring, the dawn, and fertility. Fertility was very significant to ancient civilisations because of its importance to the ongoing survival of the species.
Pagans would hold festivals to honour the Goddess in order to celebrate rebirth and ensure future generations. This is likely to have included erotic rituals, and even group sex acts.
The festival, along with other Pagan rituals, was eventually adopted by Christianity as it swept across the globe thanks to the Roman Empire in around 312AD.
Emperor Constantine I knew that by adopting Pagan rituals and converting them into Christian rituals would make it easier to convert the Romans to Christianity, as most Romans identified as Pagans and were unwilling to part ways with their old traditions.
This is how the traditional celebration of Ēostre and the spring equinox was hijacked by the ancient Christians, and became the modern-day celebration of Easter, after incorporating the story of Christ's resurrection into the symbology.
Later in spring comes May Day, one of the four great witches' sabbaths, and a day of maypole dancing. It is thought to be the oldest British festival, falling on May 1st, druids celebrated it around 2,000 years ago.
It's said that witches would ride their he-goats (a male goat) or broomsticks to mystical ancient places in the early hours of this special day, where they would make sacrifices to the Devil himself.
Luckily, sacrifice is no longer practiced, but many ancient traditions related to May Day are still practiced in Britain to this day, including maypole dancing.
This traditionally took place during Beltane, which was held on May 1st, about halfway between the spring equinox and the summer solstice. Couples would dance together around the maypole - a giant phallic symbol in the middle of the village green - after returning from the fields after a night of lovemaking.
Until about a century ago the festival of Beltane was still celebrate in some parts of Scotland, Ireland, and the Isle of Wight.
Another very old and unique tradition still exists in Cornwall, where it is still practiced at the start of May each year. The 'Obby 'Oss festival takes place in Padstow and involves two separate processions around the costal fishing town. Locals dress as one of two 'Obby 'Osses, the Old 'Oss and the Blue Ribbon 'Oss - two stylised horses, which were traditionally let loose from their stables to roam around Padstow.
Tags:
fred battmost hauntedtopical