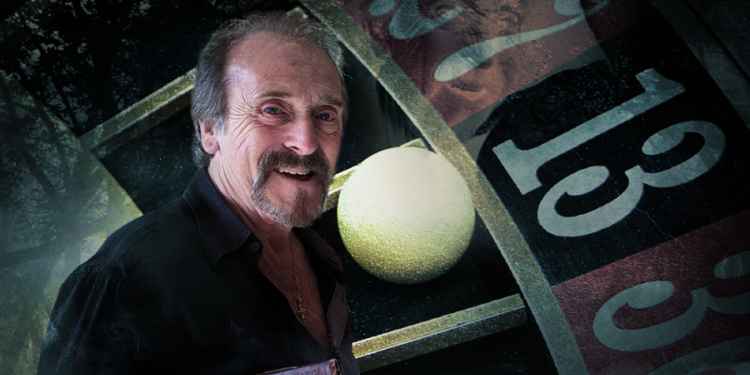 In this modern age, surely the majority of people are beyond the idea that a date in the calendar could hold some significance and bring about bad luck?
We caught up with demonologist Fred Batt, an expert in all things dark, to find out if we really should be dreading Friday 13th March. Fred said, "going back centuries the number 13 and Fridays are supposed to be unlucky, so when the 13th day of the month falls on Friday the bad luck is amplified."
It doesn't seem like too long ago that a Friday fell on the 13th, in fact it was in December and was therefore dubbed "the nightmare before Christmas". This time around there's no clever name to identify the first of two Friday 13ths this year - the next falls in November 2020.
The tradition was possibly started in the UK when Fridays were known as "Hangman's Day," the day when people who had been condemned to death would meet their fate. In fact, in the Catholic faith it is believed that the crucifixion of Jesus took place on Friday the 13th.
Author, Geoffrey Chaucer, warned that the date was bad luck in 'Canterbury Tales'. He wrote that it was unlucky to start a journey or a project on a Friday.
"and on a Friday fell all this mischance."
Geoffrey Chaucer's 'Canterbury Tales'

Fred says that the superstition could have inadvertently been popularised by a secret society dating back to 1881. Known as The Thirteen Club, they actively tried to debunk superstitions by flaunting them. Fred said, "they're an American club and some people think the superstition might be linked directly to them. They use to hold their gatherings of 13 men on the 13th of each month."
Rather than shying away from anything unlucky, the club went out of their way to break these superstitions. This would involve things like walking under ladders, spilling salt and breaking mirror. Fred added, "they ended up with hundreds of members, including President Theodore Roosevelt. But it backfired, their practices just added to the public's awareness of these superstitions."
While some dismiss the curse of Friday 13th as nothing more than a dated superstition, others genuinely consider it to be the most unlucky date in the calendar, thankfully one that doesn't come around too often. The fear of Friday the 13th is even recognised by psychologists as paraskevidekatriaphobia. While triskaidekaphobia is the wider fear of the number 13.
According to a recent poll one in six adults believe Friday the 13th poses the greatest risk of bad luck striking and consider it unluckier than black cats, broken mirrors and spilled salt.
Researchers also found that one in seven have a secret lucky habit which they believe is completely personal to them, and to tell anyone about it would cause it to lose its good-charm powers.
The most common of these habits are picking a lucky number, carrying a lucky penny around, avoiding stepping on cracks, and wearing lucky underwear or socks.
Fred tells us about one particularly gruesome lucky habit that's common in East African countries, "they believe that the body parts of albinos will bring them luck. Since 2008 there's supposed to have been a rise in the numbers of albinos being murdered because of this belief in countries like Tanzania."
It's not just lucky habits that people think about on Friday the 13th, Fred reminds us there are also plenty of things that people will go out of their way to avoid on this ominous date, "there's lots of things you should not do on Friday the 13th, like walking under a ladder opening an umbrella inside."

1. Avoiding walking under a ladder
2. Breaking a mirror
3. Avoiding opening an umbrella inside
4. Avoiding putting new shoes on the table
5. Avoiding passing someone on the stairs
6. Avoiding walking over three drains
7. Avoiding the number 666
8. Avoiding walking over a crack
9. Avoiding letting a black cat cross your path
10. Cutting off both ends of the loaf of bread
Could there be some basis to paraskevidekatriaphobics' fears? After all, it's claimed that around $900 million is lost each Friday the 13th due to people being too scared to work and travel on this date, many opting instead to remain in the safety of their own bed all day.
Although researchers have found that people are on average less likely to be injured on Friday the 13th, perhaps because people are more careful on this date due to their belief in the superstition.
There's also quite a long history of unfortunate events which took place on a Friday the 13th.

The History Of Bad Fortune On Friday The 13th

1. Knights Templar Executed
On Friday 13th October, 1307, the King of France Philip IV and the Pope ordered the death of hundreds of the Knights Templar.
2. Buckingham Palace Bombed
Friday 13th September, 1940 is the day when five German bombs hit Buckingham Palace during World War II. The bombing raid nearly killed both King George VI and Queen Elizabeth. Only one member of the royal staff died and just the palace's chapel was destroyed.
3. Swedish Plane Vanishes
On Friday 13th June, 1952 a Swedish military DC-3 plane and its crew of eight disappeared over the Baltic Sea. For decades conspiracy theorist speculated about the fate of the plane, until the Soviet Union admitted they had shot it down in 1992.
4. The Birth Of The Genovese Syndrome
In March 1964, a bar manager named Kitty Genovese from Queens, New York was repeatedly stabbed by a stranger in an attack that lasted over half an hour and was witnessed by 38 people. Not one of the witnesses reported the attack, when questioned by the police they said they'd thought it was a "lovers' quarrel". The murder resulted in what is now known as the Genovese Syndrome, also known as the bystander effect.
5. Bhola Cyclone
A devastating tropical cyclone killed 500,000 people when it struck Bangladesh on Friday 13th November, 1970. It is one of the most catastrophic natural events of all time and cost the country $86.4 million in damage.
6. Andes Flight Disaster
In 1972, Uruguayan Air Force Flight 571, a chartered flight carrying 45 people crashed in the Andes on Friday 13th October. Most of the passengers died during the crash or soon after, but ten weeks later 16 survivors were discovered and it was revealed that in order to survive, they were forced to eat the bodies of dead passengers that had been preserved in the snow.
7. IBM Computer Virus
The destructive "Friday the 13th" virus crashed thousands of IBM computers in the UK in 1989. The virus was programmed to permanently delete programme files and personal data from infected machines on Friday the 13th.
8. Stock Market Crash
On a Friday the 13th in 1989, the second most damaging crash in market history at the time occurred. Brokers watched as the Dow Jones Industrial Average dropped down 190.58 points, of course this crash was beaten by the Global Financial Crisis in 2008.
9. Tupac Shakur Died
On Friday 13th September, 1996, US rapper Tupac Shakur died as a result of being shot multiple times in a drive-by shooting six days previously. Following Tupac's cremation, his posse mixed his ashes with marijuana and smoked them.
10. 'SAW' Ride Failed At Thorpe Park
In 2009, the 'SAW' ride at Thorpe Park, which cost £13 million to build was shutdown on its opening night due to a technical fault.
11. Struck By Lightning
On Friday 13th in 2010, at exactly 13:13, a 13-year-old boy was struck by lightning in Suffolk.
12. The Costa Concordia
30 people died in 2012 when the Costa Concordia cruise ship ran aground on Friday 13th January. The ship had over 4,000 passengers and crew onboard when it lost power an hour into a Mediterranean cruise and partially sank just off Giglio Island.
13. Paris Terror Attacks
Terrorist group ISIS carried out seven coordinated attacks in Paris on one evening, killing 130 people on the 13th of November 2015.

If you are worried about the impending 13th, then you could try a simple luck spell to brighten your day. You should cast this spell in the morning, ideally as close to sunrise as possible, but between 5-11am. All you need to do is think positive thoughts about the day ahead, picture good things happening and say the following:
"Gods and Goddess of this day, help me with having a great day, ward off any spirits that might be of evil and bring me harm and only bring spirits of peace to me today. Let this day be lucky for me. So mote it be."