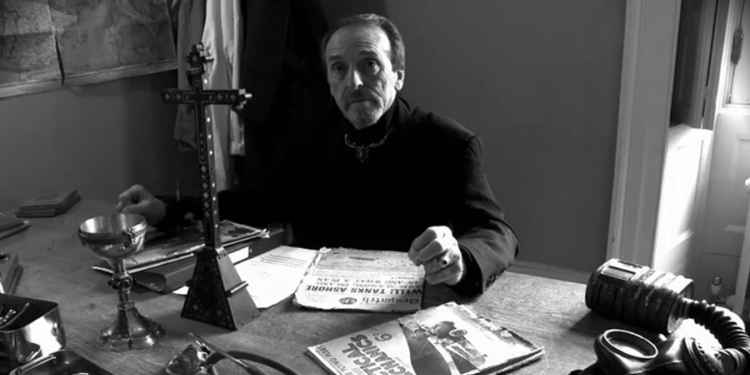 Fred Batt is seen alongside Yvette Fielding in the long-running paranormal reality show, 'Most Haunted'. Fred's role on the show as the resident demonologist is to stir up dark and sinister activity with his trademark incantations. He has appeared with the team in over 80 investigations, often seen on screen carrying his now-famous large book of shadows.
How much can you remember about Fred's time with the 'Most Haunted' team? We've put together 20 taxing trivia questions about some of Fred's most memorable moments.

2. In which year did Fred become a regular full-time member of the Most Haunted team?

3. Which member of the team said "he's a demonologist, not a fairyologist?"

4. At which location was Fred sent on a lone vigil to a refrigeration room, a where countless dead bodies would have been stored over the years?

5. Which location previously investigated by the Most Haunted team does Fred live at?

6. Stuart Torevell teased Fred during an episode filmed at Ashwell Prison, but what did he claim Fred was wearing?

7. Fred's first appearance as a guest investigator was during a 'Most Haunted Live' show at which location?

8. What is the colour of Fred's demonology book that he carries with him in every episode?

9. At which location did Karl Beattie find Fred mysteriously passed out?

10. The last woman to be hanged in the United Kingdom is said to haunt Caesar's, the nightclub Fred used to own, but what was her name?


11. At which location did Darren run from the basement of when Yvette sent him there with Fred?

12. While at Mansion House in St Helens, which ancient form of divination did Fred attempt?

13. In the basement of which location did Fred's famous large ornate cross mysteriously vanish from the chair he's placed it on?

14. Complete this famous Fred Batt incantation, "I invite the Forces of Darkness to bestow their..."

15. Who was the unfortunate target of Fred's voodoo doll experiment?

16. At which location did Fred conduct a voodoo doll ritual?

17. What is the name of the castle in the Czech Republic where Fred feels he came the closest to summoning the Devil?

18. Which of these is a musical alter-ego of Fred's?

19. At which industrial location did Fred draw a protective circle on the floor in salt?

20. Speaking about Fred at Llanfyllin Union Workhouse, which member of the team said "I want to punch him in the face sometimes?"