Fred Batt On The Winter Solstice & The Dark Season 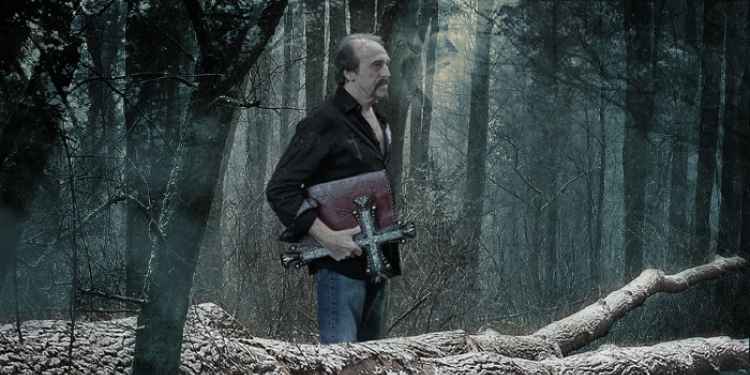 Fred Batt is best known as the resident demonologist on 'Most Haunted', but it's not just demons that the paranormal expert has spent his life investigating, he's also very knowledgable about the occult, witchcraft and paganism.
So, at a time of year when most of us are getting excited about Christmas, we asked Fred to tell us a little about the true origins of the celebrations of winter and importance of the winter solstice.
Fred says that "the Winter Solstice has astronomical, cultural and religious significance. It also contains the shortest day of the year."
Although winter is the season of darkness and cold, the December Solstice marks the 'turning of the Sun' and the days will get longer.
Fred tells us how celebrations of the lighter days to come and nature’s continuing cycle have been common festivals and holidays around the December Solstice throughout the world... 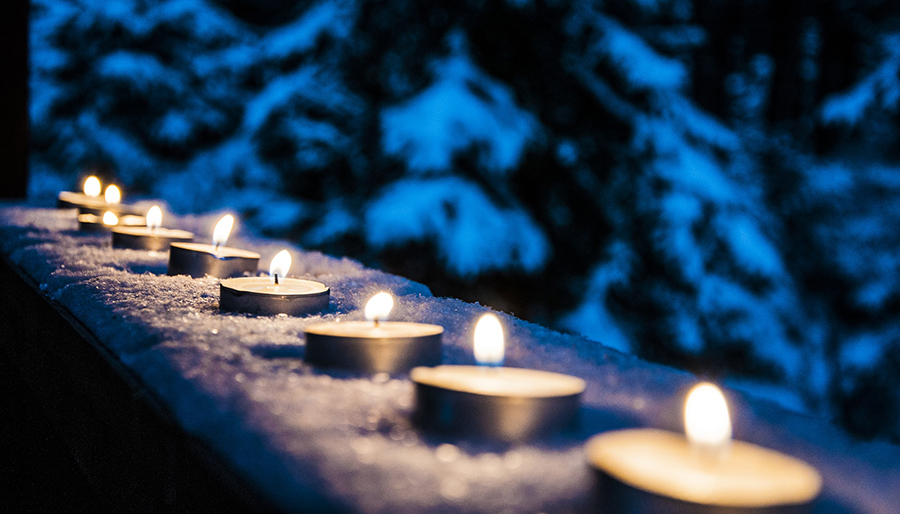 In modern times Christians worldwide celebrate the birth of Jesus Christ on December 25th, Christmas Day. However, it's believed that this date was chosen to offset pagan celebrations of Saturnalia and Natalis Invicti. Some people believe that celebrating the birth of the “light of the world” was set on par with the December solstice because from that point the days began to have more daylight in the Northern Hemisphere.
Christmas is also referred to as Yule, which comes from the Norse word jól, referring to the pre-Christian winter solstice festival. Yule is also known as Alban Arthan and was one of the “Lesser Sabbats” of the Wiccan year in a time when ancient believers celebrated the rebirth of the Sun God and days with more light. This took place yearly around the time of the December solstice and lasted for 12 days. The Lesser Sabbats fall on the solstices and equinoxes. 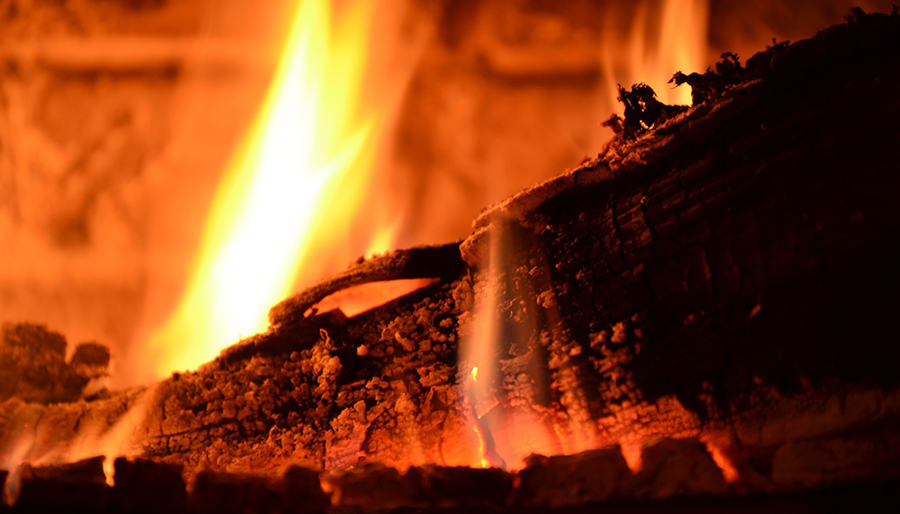 Photo: pixabay.com
The Feast of Juul was a pre-Christian festival in Scandinavia at the time of the December solstice. Fires were lit to symbolise the heat, light and life-giving properties of the returning sun. A Yule or Juul log was brought in and burned on the hearth in honour of the Scandinavian god Thor.
Thursday is Thor's day; A piece of the log was kept as both a token of good luck and as kindling for the following year’s log. In England, Germany, France, and other European countries, the Yule log was burned until nothing, but ash remained. The ashes were then collected and either strewn on the fields as fertiliser every night until Twelfth Night or kept as a charm and or as medicine.
French peasants believed that if the ashes were kept under the bed, they would protect the house against thunder and lightning. The custom of lighting a Yule log at Christmas is believed to have originated in the bonfires associated with the feast of Juul.
Most ancient cultures celebrate Yule with a series of rituals, feasts, and other activities. the celebration lasted more than a day. The ancient Roman Saturnalia festival sometimes went on for a week. Have Winter Solstice Eve and Day be the central focus for your household, and conceptualise other holiday festivities, including New Year's office parties and Christmas visits with Christian relatives, as part of your Solstice celebration. By adopting this perspective, Pagan parents can help their children develop an understanding of the multicultural and interfaith aspects of this holiday time and view "Christmas" as just another form of Solstice. Have gift exchanges and feasts over the course of several days and nights as was done of old. Party hearty on New Year's Eve not just to welcome in the new calendar year, but also to welcome the new solar year.
Adorn the home with sacred herbs and colours. Decorate your home in Druidic holiday colours red, green, and white. Place holly, ivy, evergreen boughs, and pine cones around your home, especially in areas where socialising takes place. Hang a sprig of mistletoe above a major threshold and leave it there until next Yule as a charm for good luck throughout the year. Have family/household members join together to make or purchase an evergreen wreath. Include holiday herbs in it and then place it on your front door to symbolise the continuity of life and the wheel of the year. If you choose to have a living or a harvested evergreen tree as part of your holiday decorations, call it a Solstice tree and decorate it with Pagan symbols.
Convey love to family, friends, and associates. At the heart of Saturnalia was the custom of family and friends feasting together and exchanging presents. Continue this custom by visiting, entertaining, giving gifts, and sending greetings by mail and/or phone. Consider those who are and/or have been important in your life and share appreciation.
Reclaim Santa Claus as a Pagan God form. Today's Santa is a folk figure with multicultural roots. He embodies characteristics of Saturn (Roman agricultural god), Cronos (Greek god, also known as Father Time), the Holly King (Celtic god of the dying year), Father Ice/Grandfather Frost (Russian winter god), Thor (Norse sky god who rides the sky in a chariot drawn by goats), Odin/Wotan (Scandinavian/Teutonic All-Father who rides the sky on an eight-legged horse), Frey (Norse fertility god), and the Tomte, (a Norse Land Spirit known for giving gifts to children at this time of year). Santa's reindeer can be viewed as forms of Herne, the Celtic Horned God. Decorate your home with Santa images that reflect His Pagan heritage.
Honora the Goddess as Great Mother. Place Pagan Mother Goddess images around your home. You may also want to include one with a Sun child, such as Isis with Horus. Pagan Goddess forms traditionally linked with this time of year include Tonantzin (Native Mexican corn mother), Holda (Teutonic earth goddess of good fortune), Bona Dea (Roman women's goddess of abundance and prophecy), Ops (Roman goddess of plenty), Au Set/Isis (Egyptian/multicultural All Goddess whose worship continued in Christian times under the name Mary), Lucina/St. Lucy (Roman/Swedish goddess/saint of light), and Befana (Italian Witch who gives gifts to children at this season).
Honour the new solar year with light. Do a Solstice Eve ritual in which you meditate in darkness and then welcome the birth of the sun by lighting candles and singing chants and Pagan carols. If you have a indoor fireplace or an outdoor fire circle, burn an oak log as a Yule log and save a bit to start next year's fire. Decorate the inside and/or outside of your home with coloured lights. Because of the popularity of five pointed stars as holiday symbols, this is a good time to display a pentagram of blue or white lights.
Contribute to the manifestation of more wellness on Planet Earth. Donate food and clothing to poor in your area. Volunteer time at a social service agency. Put up bird feeders and keep them filled throughout the winter to supplement the diets of wild birds. Donate funds and items to non-profit groups, such as Pagan/Wiccan churches and environmental organisations. Meditate for world peace. Work magic for a healthier planet. Make a pledge to do some form of good works in the new solar year. 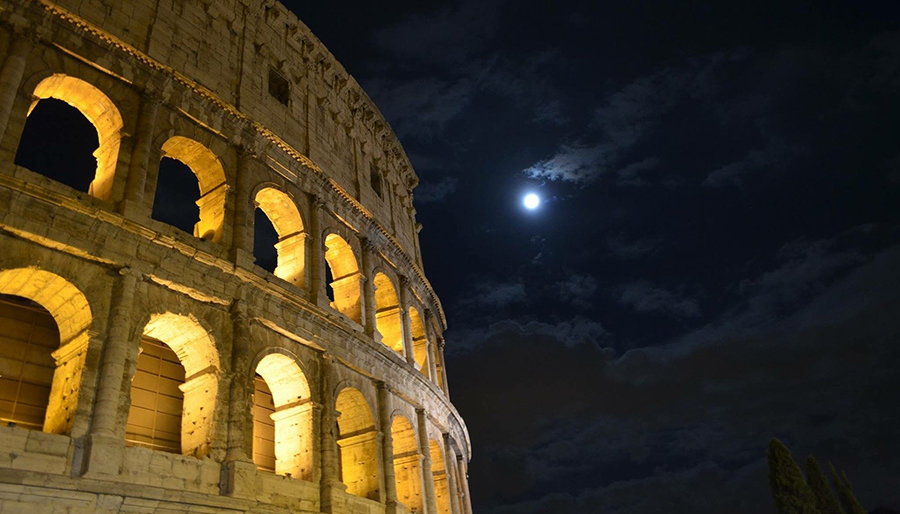 Photo: pixabay.com
In Ancient Rome the Winter Solstice festival Saturnalia began on December 17 and lasted for seven days.
Saturday: Day of Saturn
Saturnalian banquets were held from as far back as around 217 b.c. The festival was held to honour Saturn, the father of the gods and was characterised by the suspension of discipline and reversal of the usual order. Arguments and quarrels were forgotten while businesses, courts, and schools were closed. Wars were interrupted or postponed, and slaves were served by their masters. Masquerades often occurred during this time.
It was traditional to offer gifts of imitation fruit (a symbol of fertility), dolls (symbolic of the custom of human sacrifice), and candles (reminiscent of the bonfires traditionally associated with pagan solstice celebrations). A mock king was chosen, usually from a group of slaves or criminals, and although he was permitted to behave in an unrestrained manner for seven days of the festival, he was usually killed at the end. The Saturnalia eventually degenerated into a week-long spree of debauchery and crime – giving rise to the modern use of the tern saturnalia, meaning a period of unrestrained license and revelry.
Add A Comment
Tags:
fred battchristmasmost hauntedtopical

Most Haunted At Ruthin Castle - Part 1

Most Haunted At Delapré Abbey - Part 1

Most Haunted At Delapré Abbey - Part 2