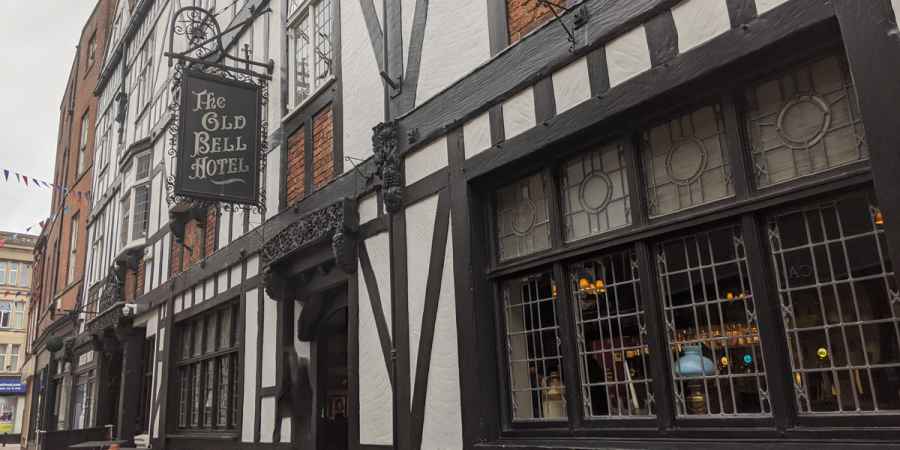 Derbyshire is easily one of the most paranormally active English counties, with some of the country's best known paranormal hotspots as well as many haunted locations in the city of Derby.
Below are 20 tricky questions to test your knowledge of some of Derbyshire's haunted locations, their paranormal history and their resident ghosts.

1. A vision of two dead men hanging from a beam have been seen inside which haunted location in Derbyshire?

2. The grounds of Codnor Castle are said to be haunted by the spirit of who?

3. Which of these ghosts has NOT been reported at Elvaston Castle?

4. Derby's Grand Theatre is said to be haunted by two resident spooks who died in 1886, but what was their fate?

5. The haunted Old Grammar School, which was once Derby's Heritage Centre, is built on top of what?

6. Sutton Scarsdale Hall is said to be haunted by the ghost of a former resident, but what is his name?

7. Which ancient stone circle in Derbyshire is reportedly haunted by a bogart?

8. The Friary pub is said to be haunted by the ghost of a man who once shot himself there, but what was his name?

9. What did a team of men working at The Jorrocks, formerly known as Lafferty's pub, unearthed in 1994 directly under the pub?


11. Which Derby pub is said to be home to the ghost of a woman who was murdered there by having her throat cut by an unknown killer?

12. Which piece of machinery in Derby's Silk Mill is supposed to be haunted and operates on its own?

13. Which haunted Derby pub once had a doctor's surgery built on to it as an annex where local criminals were taken for dissection?

14. At which haunted Derbyshire location have visitors reported experiencing the spirit of a young boy holding their hands?

15. Which haunted Derbyshire location is said to be haunted by the ghost of a young boy who died after being kicked down the stairs of the building's bell tower?

16. The famous plagued cottages in the Derbyshire village of Eyam are said to be haunted by a female apparition, but what to people describe her as wearing?

17. Which former 'Most Haunted' team member is famously from Derbyshire?

18. What happened to one paranormal researcher who was investigating Codnor Castle Cottage?

19. What is the attic at the haunted home of John Flamsteed in Derby known as?

20. Which unusual phenomenon has reportedly been seen floating through Sutton Scarsdale Hall?