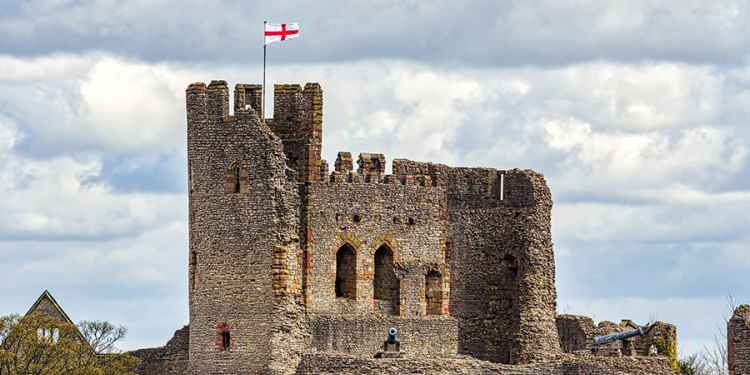 Photo: pixabay.com
Although there are some claims that some come of fortification stood on this site in the year 700, the castle dates back to 1071 following the Norman invasion in 1066. It played an important role in English history, so much so that it was visited by Queen Elizabeth I herself. In its history the castle has been destroyed, rebuilt, and passed through many hands. But the castle as we see it today is a result of its role as a Royalist stronghold. Much of the castle was destroyed by Parliamentarians in 1646.
It's recently been named the most haunted castle in the UK, but how much do you know about the paranormal activity which occurs in this medieval castle? Test your knowledge with this tricky paranormal trivia quiz...

1. The castle is said to be home to many spirits including the Grey Lady, who is she believed to be the ghost of?

2. It's said that in life the Grey Lady lived and died in the castle, but how did her life come to an untimely end?

3. The Grey Lady most often makes her presence known through which of these supernatural phenomenon?

4. In which part of the castle is the Grey Lady's ghost most frequently witnessed?

5. Which former Baron of Dudley is said to be the castle's most prevalent spook?

6. The Baron's stone coffin is located in which part of the castle?

7. Which of these paranormal occurrences have NOT been attributed to the ghost of the Baron?

8. A drummer boy who died during the Civil War is said to haunt the castle, how was he believed to have died?

9. Which of the castle's ghosts has a nearby pub named after them?

10. Some visitors have reported hearing a ghostly cat, it is believed the cat was a thrown off the keep with its owner, but who was the owner?