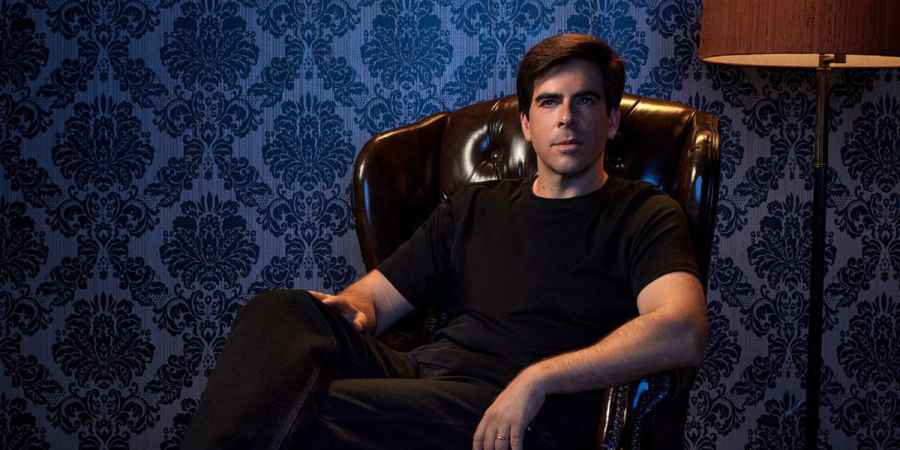 Photo: © Discovery+
This Ghostober, acclaimed director Eli Roth is delivering more hours of his quintessential brand of horror and mayhem to Travel Channel viewers in the United States with two new series, 'Eli Roth Presents: My Possessed Pet' premiering September 30 and 'Urban Legend' premiering October 28.
On Halloween night, Eli teams up with paranormal investigator and executive producer Zak Bagans to debut a special two-hour cinematic collaboration with 'The Haunted Museum: 3 Ring Inferno'. The two new shows and the Halloween night special will premier on the Travel Channel and will be available to stream on-demand on Discovery+.
Eli said, "I'm absolutely thrilled to grow my incredible collaboration with Travel Channel, Discovery+ and Zak Bagans. They've given me the freedom to explore new creative avenues for scary stories and to bring fresh new directorial voices to the screen. I set out to help make this Ghostober the scariest year ever. You have been warned."
Eli, along with his highly skilled team of directors, does not shy away from the gruesome and gory. His projects for Travel Channel and Discovery+ are emotional journeys that evoke feelings of fear by turning seemingly ordinary realities into waking nightmares.
The Travel Channel's Matthew Butler said, "working with Eli and his team has been a dream, although in light of the content, I should probably say it's been a nightmare in the most spectacularly epic way. The horror genre is a natural progression for our network, and in combination with Eli's talent, we have elevated our offerings to both frighten and entertain all fans of this style of scary storytelling." 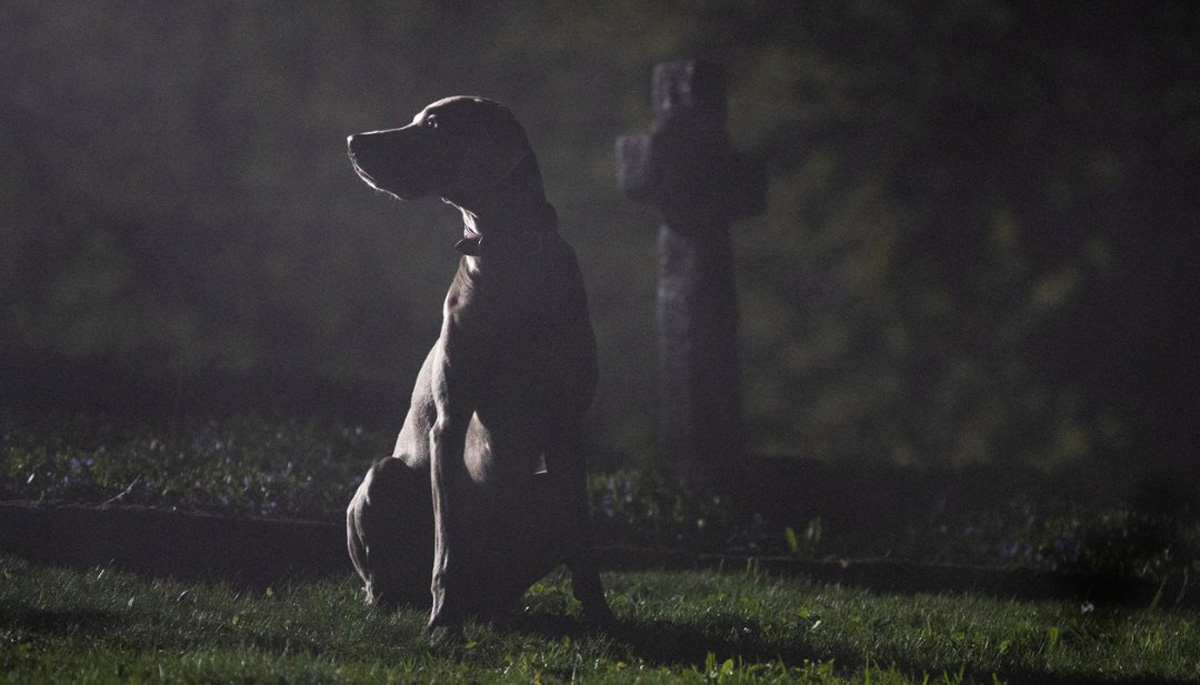 Photo: © Discovery+
'Eli Roth Presents: My Possessed Pet' explores the true, terrifying tales of what happens when evil spirits, curses and demons take over family pets. Each of the four one-hour episodes will follow the chilling and deeply personal story of someone who has had their profound and loving relationship ripped apart by supernatural forces beyond their control. Using dramatic recreations, the real owners share how the beloved member of their family, that once had brought joy to their lives, transformed into the most horrible situation imaginable.
Episode 1: 'The Night Mare'
Premieres September 30
A teenage girl's black stallion, Cash, is like a noble beast out of a fairy tale. But when she accidentally awakens an ancient evil, her dream horse turns into a nightmare.
Episode 2: 'Master of the House'
Premieres October 7
A bachelor adopts a dog, Sam, to keep him company in his new home. But when an evil spirit takes hold of his beloved pet, the roles are reversed, and Sam eventually becomes the master of the house – and of him.
Episode 3: 'Eight-Legged Exorcism'
Premieres October 14
When his daughter brings home a tarantula she won at a science fair, Clint makes the mistake of naming it after an ancient Greek monster. Enraged, the vengeful demon inhabits her namesake's body and calls forth a legion of spiders to infest the family's home.
Episode 4: 'Nitro'
Premieres October 21
A spirit follows a woman home from work and opens the door for a demon to take possession of her dog, Nitro. When the church refuses to exorcise the animal, it's up to her to save her pet.

Few things are more profound than the bond we share with our pets. But what if an evil presence takes hold of a loyal animal companion and turns it against you? @eliroth Presents: #MyPossessedPet premieres in 2 weeks (Friday, Sept. 30) on @travelchannel & @discoveryplus! pic.twitter.com/W8vNcUvkGc

Based on widely shared "true" stories that happened to a friend of a friend... of a friend, each episode of 'Urban Legend' is a mini-horror film cinematically crafted to deliver a hyper-suspenseful and tension-fueled experience. Featuring lurking psychopaths, murderous mysteries, creepy creatures and twisting tales, these disturbing legends prey on our most deeply embedded fears to shock and terrify. This nightmarish anthology series, under the creative guidance of master of horror Eli, showcases eight one-hour episodes of classic urban legends as you've never seen them before.
Episode 1: 'The Red Room'
Premieres October 28
A troubled woman livestreams scenes of torture and execution to sadistic patrons in exchange for huge sums of cryptocurrency on the dark web. When her daughter is kidnapped and threatened with death, she must outwit the blackmailers, exacting bloody revenge in the process.
Episode 2: 'The Bite'
Premieres November 4
After Rose returns home from a tropical resort, a small blemish on her face begins to grow into something out of a nightmare. Discovering that a bite from a spider has infected Rose, her partner, Ben, must race to save her from a horrifying physical and psychological breakdown.
Episode 3: 'The White Dress'
Premieres November 11
An insecure high-schooler buys the perfect prom dress from a vintage store in the hope of impressing her crush. But when she experiences a series of ghostly occurrences, she begins to suspect the dress' previous owner may be haunting her.
Episode 4: 'The Choking Doberman'
Premieres November 18
After her neighbor is brutally murdered, a woman installs a new security system in her home and adopts a Doberman for protection. But when her dog is rushed to the vet, she's left alone to outwit the murderer, who is now targeting her.
Episode 5: 'The Harvest'
Premieres November 25
Newly divorced Clay uses a dating app to go on his first date in 20 years. It seems to go well until he wakes up the next morning to find that organ thieves have harvested his kidney. With his life on the line, Clay must unravel the mystery and get his missing organ back within 48 hours.
Episode 6: 'The Creep In The Walls'
Premieres December 2
Following their mom's death, two sisters renovate a neglected house they've inherited from her. But when one of them suspects their mom may be haunting them after a series of unexplained occurrences, it leads to a sinister discovery.
Episode 7: 'The Haunted Shower'
Premieres December 9
When a college freshman accidentally uses the haunted shower everyone in her dorm stays away from, a revenge-seeking entity attached to the shower begins haunting her dreams. Can she wash clean the sins of the past before they catch up to her?
Episode 8: 'The Scuba Diver'
Premieres December 16
When a scuba diver tests his new equipment in a lake, a freak accident launches him on a life-and-death journey to reunite with his young daughter. 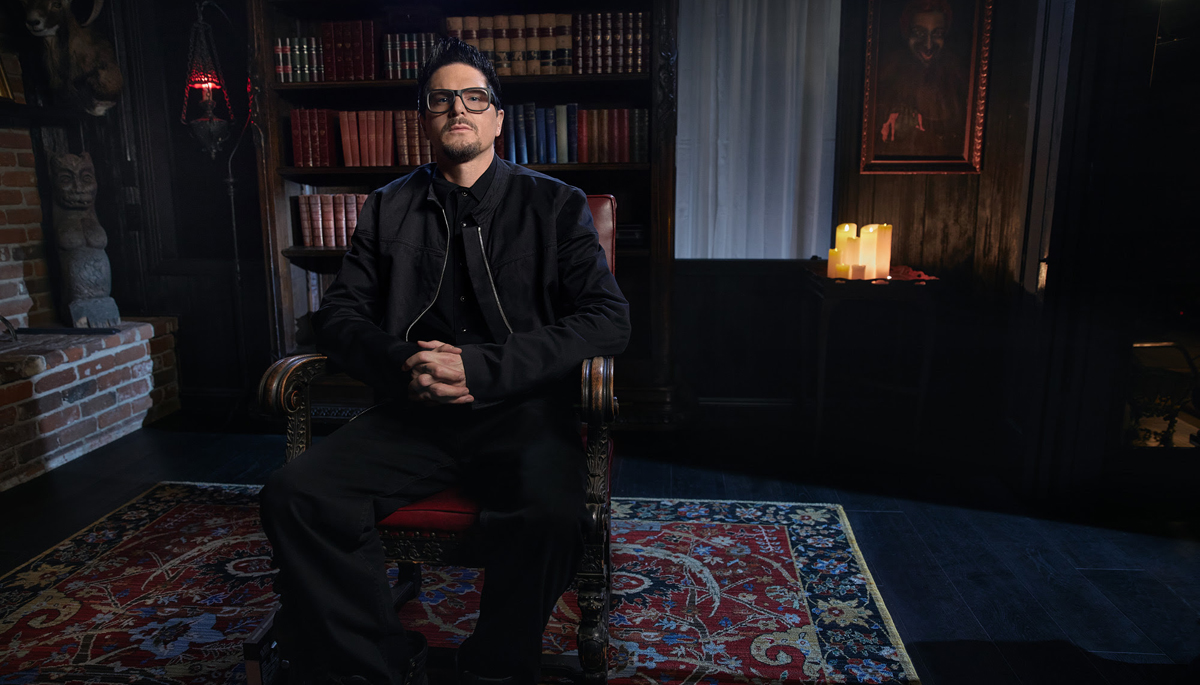 'The Haunted Museum', produced by Zak Bagans in collaboration with Eli, is a horror film anthology series that presents frightening and hellish tales inspired by the spooky relics on display in Zak's Las Vegas Museum. 'The Haunted Museum: 3 Ring Inferno', a two-hour special for Ghostober premiering on Halloween night, features the terrifying story of a boy and his father who steal an old suitcase from an antique market and soon discover a weathered tent inside that opens a portal to a cursed circus world from the past. In this mysterious and haunted place, they encounter a terrifying entity that will stop at nothing to capture their souls.