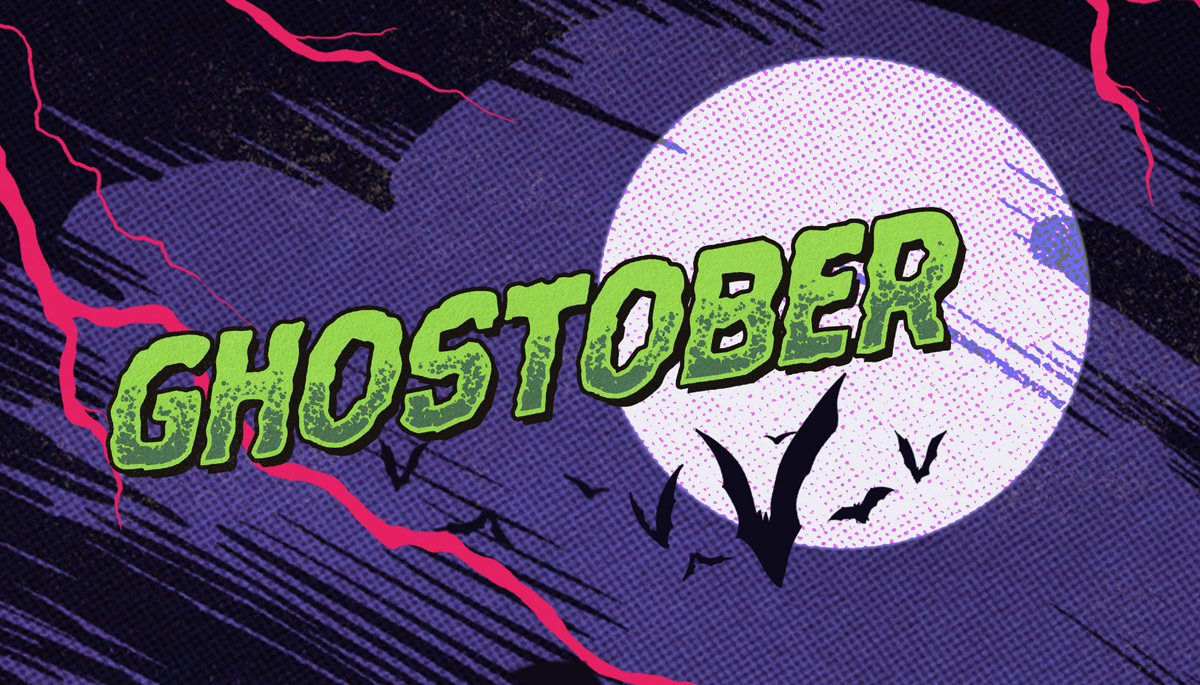 It wouldn't be Halloween without some creepy shows to watch on the telly and over the last few years Really has become the go-to channel for paranormal programming in the UK.
The Discovery-owned channel have announced their Ghostober slate of supernatural shows for 2022. Most of the paranormal action is exclusively available to Discovery+ subscribers throughout October, but the channel will also air a week-long paranormal programming event.
The eight-night spooktacular is headed up with the television premiere of the first series of 'Celebrity Help! My House Is Haunted', a spin-off of the series hosted by Barri Ghai, Jayne Harris and Ian Lawman. In this six-part series the team investigate paranormal activity at the homes of British celebrities, beginning with George Best's ex-wife Alex, who has been tormented by poltergeists moving things around in her house. Episodes from the series will air every night at 10pm from Monday, October 24.
The night of Halloween itself, which this year falls on a Monday, is actually the most underwhelming of the programming event. At 10pm there's a chance to see 'Ghost Adventures: Horror At Joe Exotic Zoo', which was 2020's Halloween special that has been available on Discovery+ in the UK for the last two years. The two-hour long episode sees Zak Bagans lead his crew to investigate rumours of bodies and tortured spirits at the Greater Wynnewood Animal Park.
However, Brits won't have to wait to see this year's Halloween special. 'Ghost Adventures: Devil's Den' will air on Really on Friday, October 28. The two-hour special sees the team continue their haunted journey to search for evidence of the afterlife behind the barbed wire of the shuttered Los Padrinos Juvenile Detention Center in Downey, California.
The channel will also bring viewers brother-and-sister duo Jack and Kelly Osbourne's two-hour-long investigation aboard the supremely haunted RMS Queen Mary ocean liner in 'Jack & Kelly Osbourne: Night Of Terror'. The pair are in for a night of frights with unsettling and aggressive paranormal activity, laced with classic Osbourne expletives and sibling squabbles, of course.
There's also four new 'Shock Docs' to lose yourself in. Each instalment goes to the heart of a true horror story and offers a peek into its history. Look out for 'The Curse Of Lizzie Borden' which features psychic medium Chris Fleming, 'The Devil Made Me Do It' explores the inspiration behind 2021's third 'Conjuring' movie, 'The Curse Of The Highgate Vampire' delves into the hauntings of the infamous cemetery including tales of vampires, and 'Demon In The White House' which uncloaks the historic origins of the horror of two grieving First Ladies.
Really begins its Halloween programming on Monday October 24, 2022. It will then run for eight consecutive nights up to and including the night of Halloween 2022. You can watch on Sky 142, Virgin 128, BT 17, Freeview 17, Freesat 160. All shows will be available to stream live or catch up on demand on Discovery+.

As well as Really's offering, there's also a whole selection of Halloween treats to binge on Discovery+ including 'Ghost Brothers: Lights Out'. The new season launched with three episodes on October 7, with further episodes dropping weekly until November 11.
There's more from Jack Osbourne, who over the last decade has conducted close to 100 paranormal investigations all over the US. 'Jack Osbourne's Haunted Homecoming' sees the paranormal investigator return to his roots at some of the old haunts from his childhood in the UK where he had his first paranormal experiences. The three-part series is available on Discovery+ now.
'Eli Roth Presents: My Possessed Pet' explores the true, terrifying tales of what happens when evil spirits, curses and demons take over family pets. Each of the four one-hour episodes will follow the chilling and deeply personal story of someone who has had their profound and loving relationship ripped apart by supernatural forces beyond their control. Also look out for 'Eli Roth's Urban Legend', each episode is a mini-horror film cinematically crafted to deliver a hyper-suspenseful and tension-fueled experience.
Eli Roth has also teamed up with Zak Bagans on 'The Haunted Museum: 3 Ring Inferno', available on Discovery+ from October 31. It's the latest instalment of the horror film anthology series that presents frightening and hellish tales inspired by the spooky relics on display in Zak's Las Vegas Museum.

Want to know more about the shows that Really have lined up this Halloween? You can find all the details on each of their Ghostober shows below...

'Celebrity Help! My House Is Haunted' 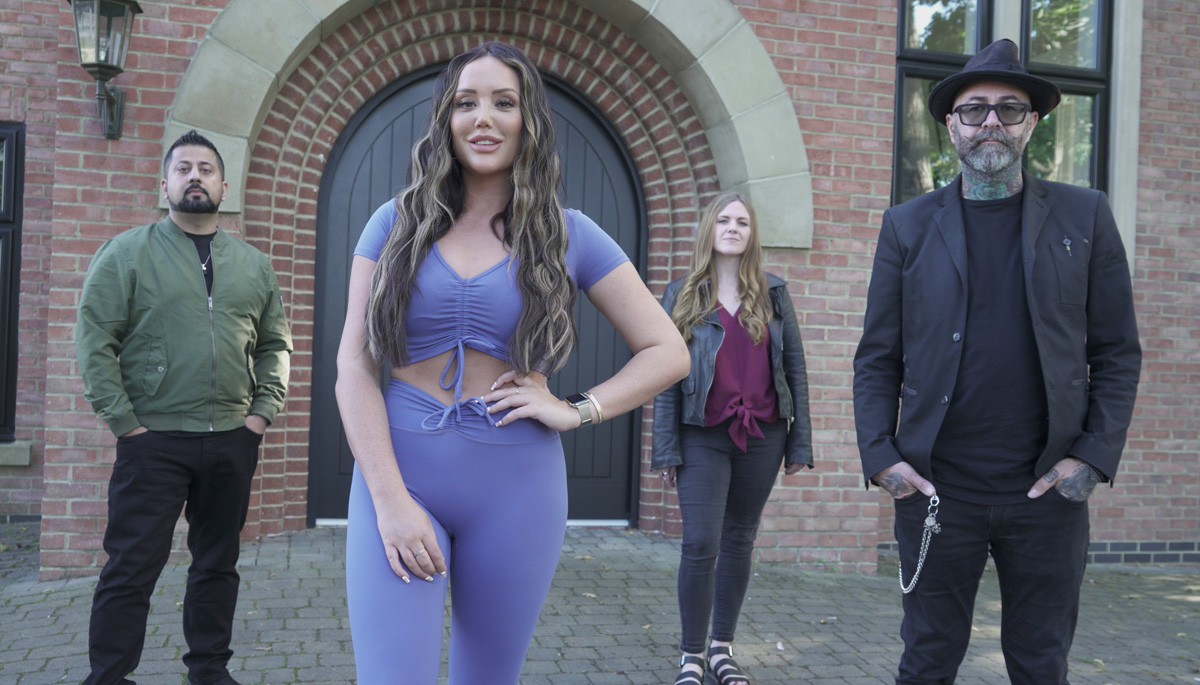 Following the success of 'Help! My House Is Haunted', this six-part spinoff series will air on Really over Halloween, having previously been available exclusively to Discovery+ subscribers. The series follows paranormal investigator Barri Ghai, paranormal researcher and historian Jayne Harris, and exorcist and medium Ian Lawman as they tackle hauntings in the homes of six British celebrities. The trio will use their supernatural specialties to investigate the haunted properties of a selection of celebs, such as Frankie Essex, Charlotte Crosby and Alex Best.

Lead by Zak Bagans, the team continue their haunted journey to search for evidence of the afterlife in a two-hour special 'Ghost Adventures: Devil's Den' on Friday, October 28.

The team go behind the barbed wire of the shuttered Los Padrinos Juvenile Detention Center in Downey, California, a facility given the ominous designation "Devil's Den" by both guards and inmates. During their petrifying lockdown, the crew explore the presence of a lingering dark and disturbing energy that still resides inside the building's eerie halls, seeking to uncover whether it is from the real-life horrors of detention, or worse – the devil itself.

"Aaron, Billy, Jay and I pushed ourselves to the extreme with these investigations, physically and mentally, more than anything we've ever done before," said Zak. "There was an underlying level of evil we couldn’t evade, which was truly terrifying." 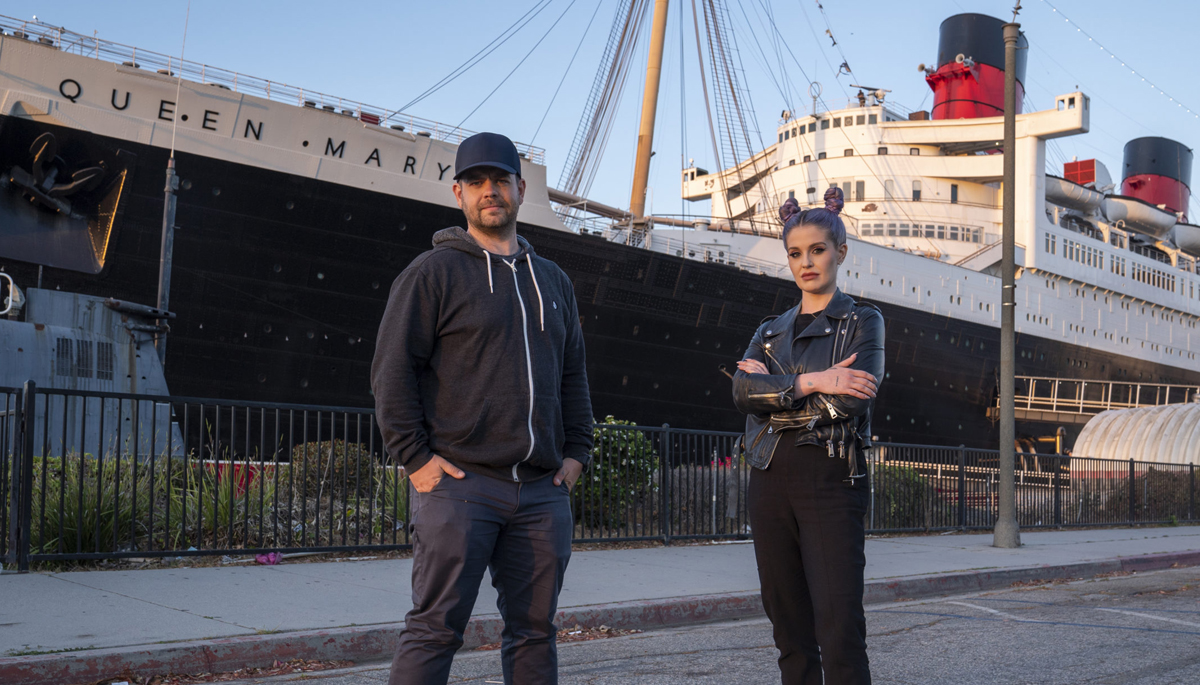 Paranormal investigator Jack Osbourne takes his sister, Kelly, to the queen of all haunted locations – the RMS Queen Mary. For decades, people have ventured onto the ship, docked in Long Beach, California, for a glimpse at the other side. The hallowed halls of this once-elegant ocean liner have grown silent – but hardly empty. The skeleton crew of security and maintenance workers have experienced unsettlingly aggressive paranormal activity including scratches, threatening footsteps thundering down the hall and vivid apparitions. Now, Jack and Kelly will come aboard to investigate the infamous ghost ship alone. 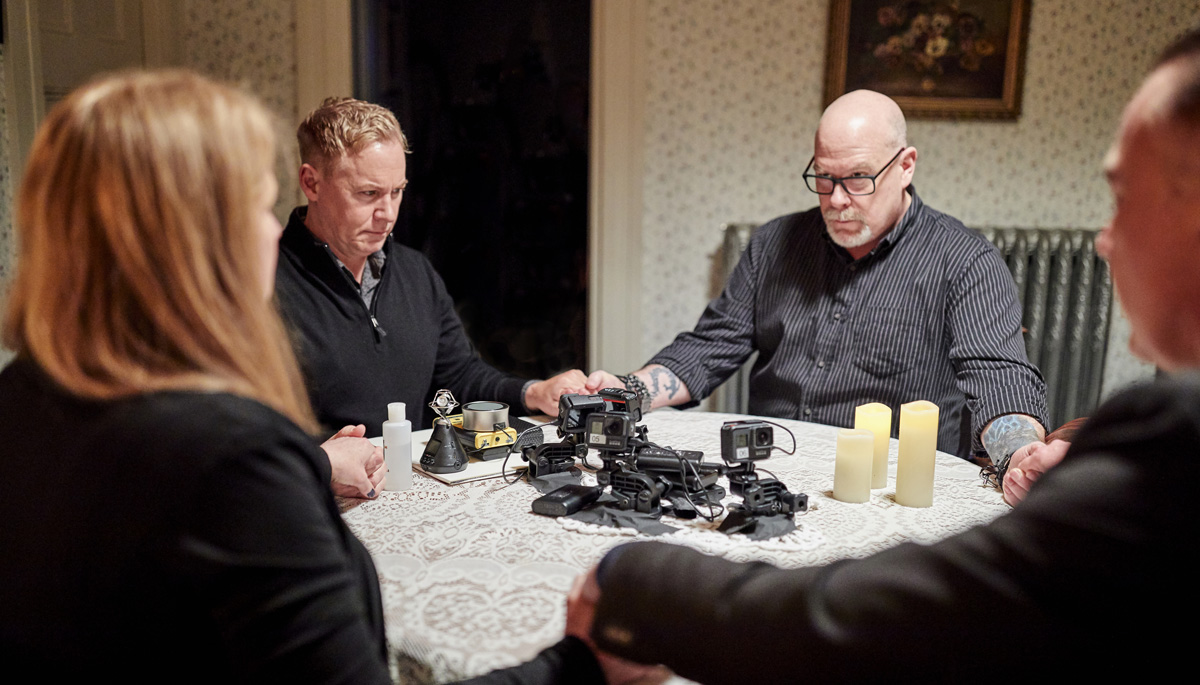 'The Curse Of Lizzie Borden' sees paranormal investigator Dave Schrader assemble a team of experts to investigate whether a dark family curse led to one of the most infamous axe murders in US history. The new two-hour 'Shock Doc' explores the paranormal darkness behind Lizzie Borden that no one has ever seen, pairing narrative tales of terror with real-life interviews and actual EVP recordings.

On 4th August 1892, Andrew and Abby Borden were brutally murdered in Fall River Massachusetts, and subsequently, Andrew's daughter Lizzie was tried and acquitted of the axe murders of her father and stepmother. No one else was ever charged for the crimes and despite being ostracised by the community, Borden spent the remainder of her life in Fall River.

With new evidence that Lizzie Borden's ghost resides in the infamous century old 'murder house' where the killings took place, Dave and his team conduct a séance in an attempt to unearth the truth and finally close the portal of evil for good.

'Shock Docs: The Devil Made Me Do It'

Following last year's release of the latest supernatural horror in the Conjuring franchise, 'The Devil Made Me Do It', this documentary examines the original Ed and Lorraine Warren case that inspired the movie. 'Shock Docs: The Devil Made Me Do It' offers an in-depth look into the case, which includes fascinating archive clips of Ed and Lorraine talking about the case, plus never-before-seen interviews with the man at the centre of the case himself, Arne Johnson and his family. The terrifying documentary delves into the true story of the harrowing true events leading up to the murder and the astonishing court case that followed Arne, a Connecticut man who used the defence "the devil made me do it." For the first time in US history, the existence of demonic forces is used as a defence at trial. 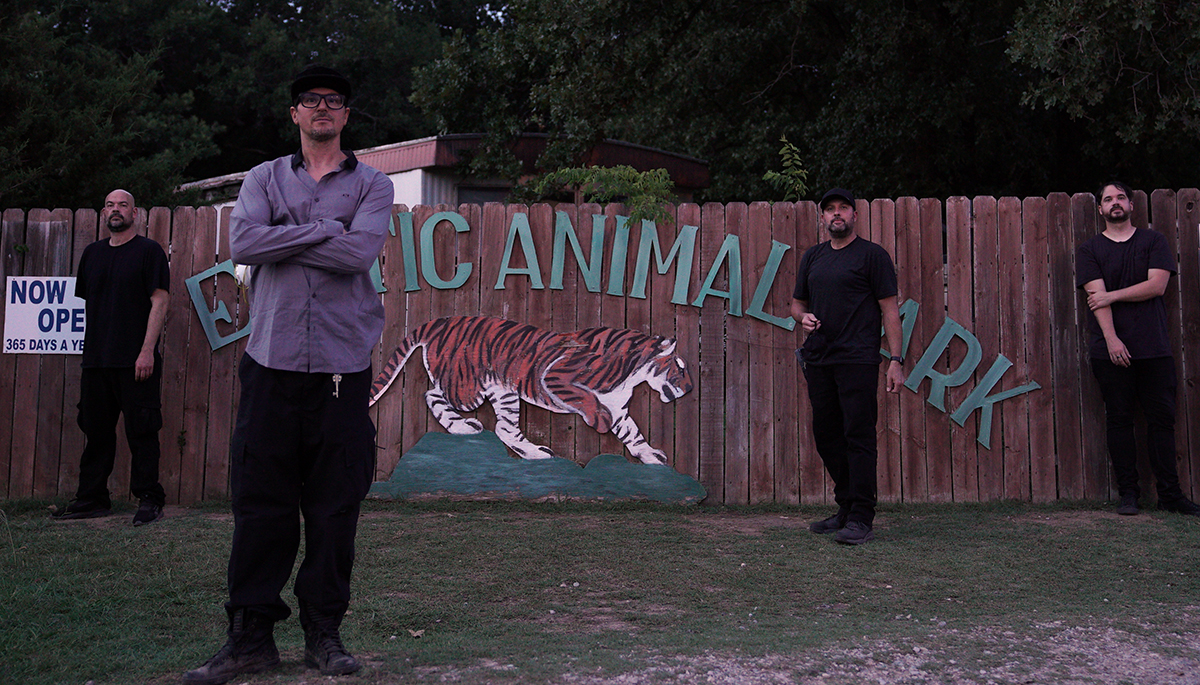 The dramatic saga of Joe Exotic and his Wynnewood, Oklahoma, zoo captivated audiences and became a global phenomenon. Now, Zak Bagans and the 'Ghost Adventures' crew are once again breaking new ground with the first-ever paranormal investigation inside Joe Exotic's Greater Wynnewood Animal Park. For years, the park staff have claimed the zoo is haunted. In this two-hour special, “Ghost Adventures: Horror at Joe Exotic Zoo,” the team examines claims of sinister activity and tortured spirits believed to lurk in the shadows of a park tainted by tragic events like deadly fires and accidental shootings. Could these incidents have opened a mysterious portal to the other side? The team is prepared to confront these dark spirits as they attempt to gather evidence as to who, or what, is haunting this park.

'Shock Docs: The Curse Of The Highgate Vampire' 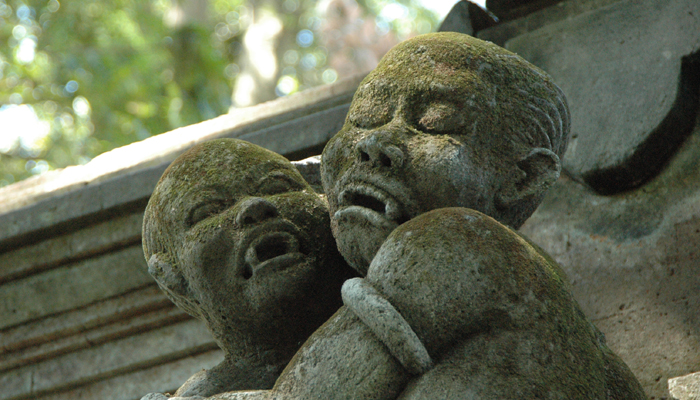 If you love a good ghost story wrapped up in true supernatural mystery, then this in-depth examination of an iconic paranormal case is a must-watch. It all started in 1970 with a man named David Farrant, who told the local newspaper "on three occasions I've seen what appeared to be a ghost-like figure inside the gates of Highgate Cemetery." The hour-long documentary features previously unseen tapes and fresh evidence. It examines a wave of vampire hysteria surrounding Highgate Cemetery in North London, including the chaos that ensued when the story made the tea time news in the 1970s. 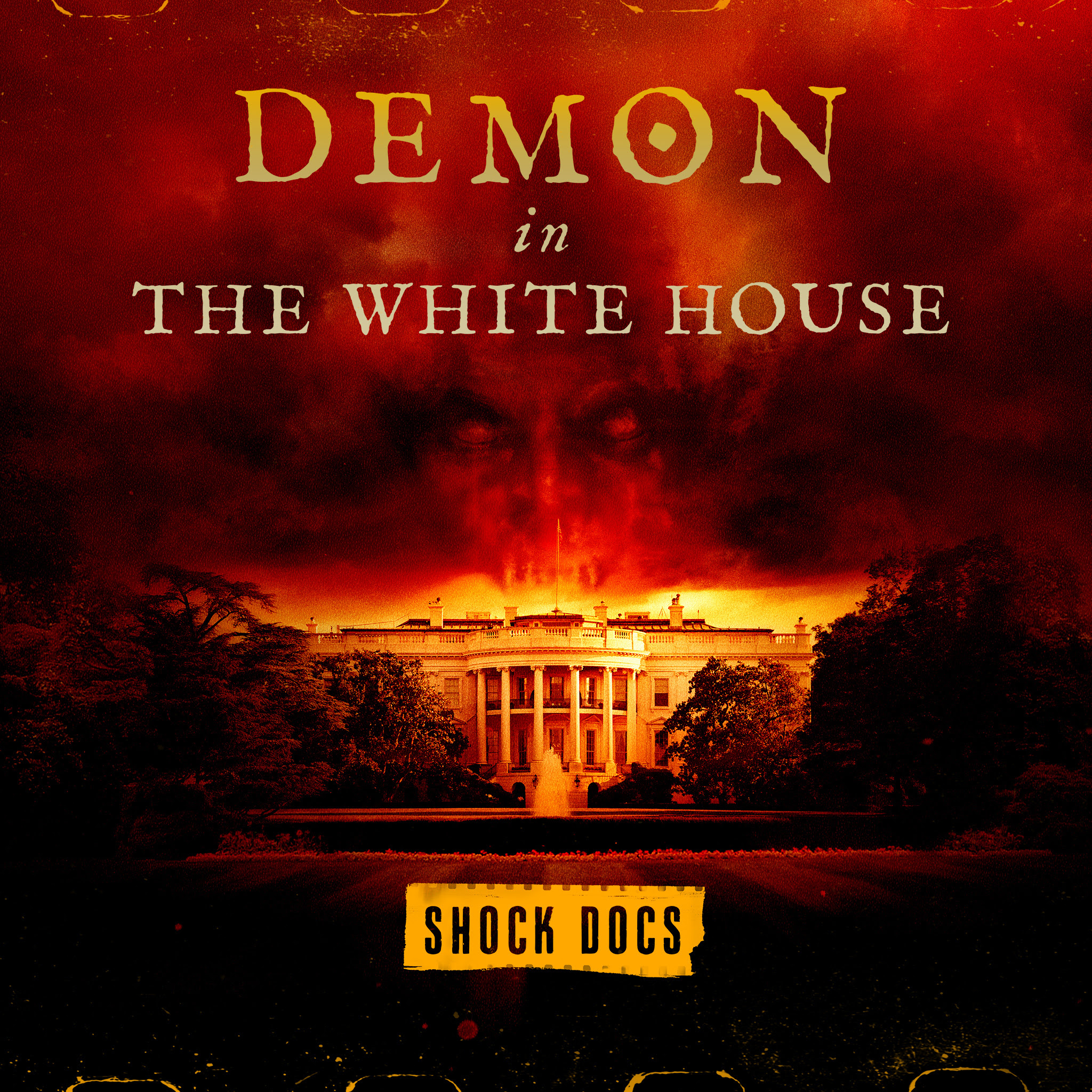 Is it possible two grieving mothers dabbling in séances inside the presidential residence conjured something other than their beloved sons? A 2021 'Shock Doc' exclusive to Discovery+ examines the supernatural consequences. The seat of power at 1600 Pennsylvania Avenue may be the most haunted site in the world. This documentary aims to uncloak the historic origins of the horror of two grieving First Ladies. Did they unwittingly invite an evil presence with a malevolent agenda that may still torment America's presidents, as well as their families, visitors and closest advisors? President Franklin Pierce and First Lady Jane Pierce lost their son Benjamin at age 11. President Abraham Lincoln and First Lady Mary Todd's son, William, died at the same age. Both children perished during their father's administration. 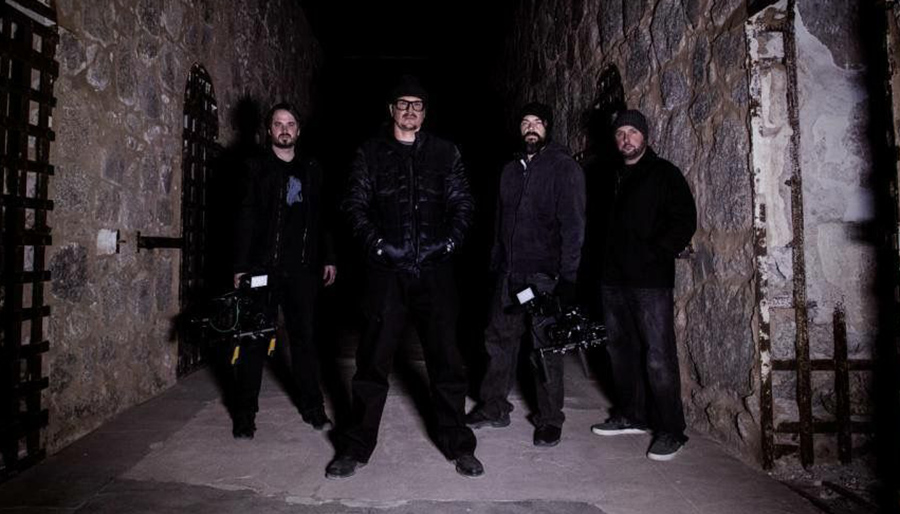 To get you in the mood for this year's 'Ghost Adventures' Halloween special, there's a selection of classic episodes of the show airing from Monday, October 24 until Friday, October 28. 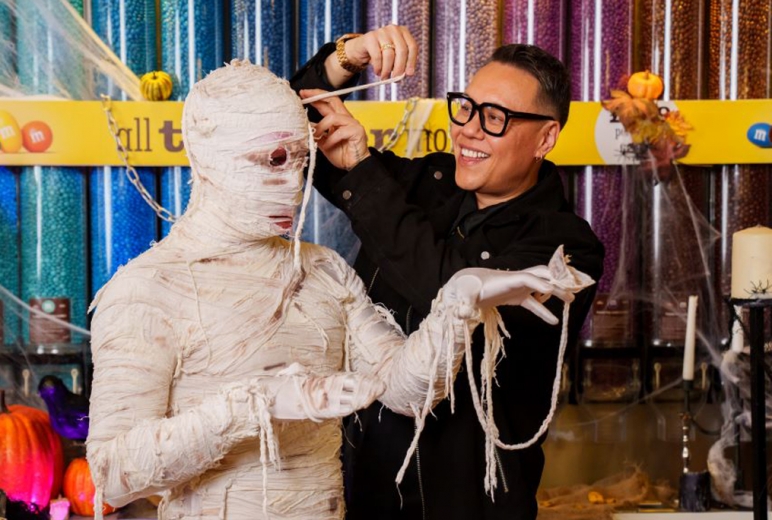 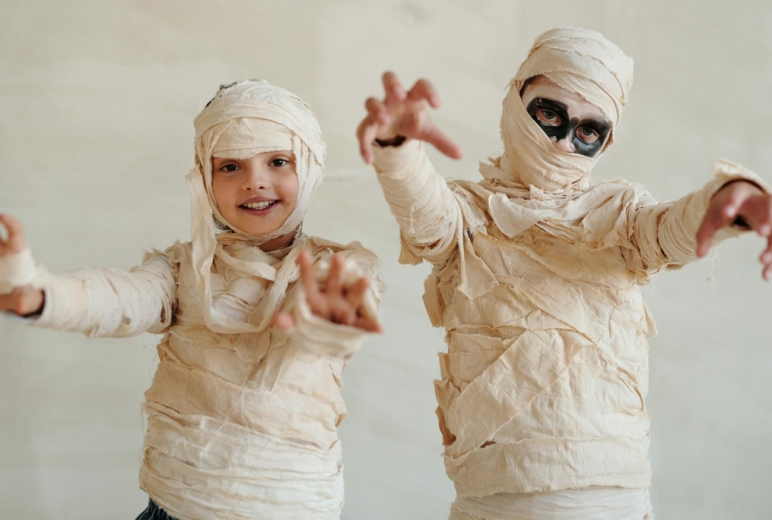 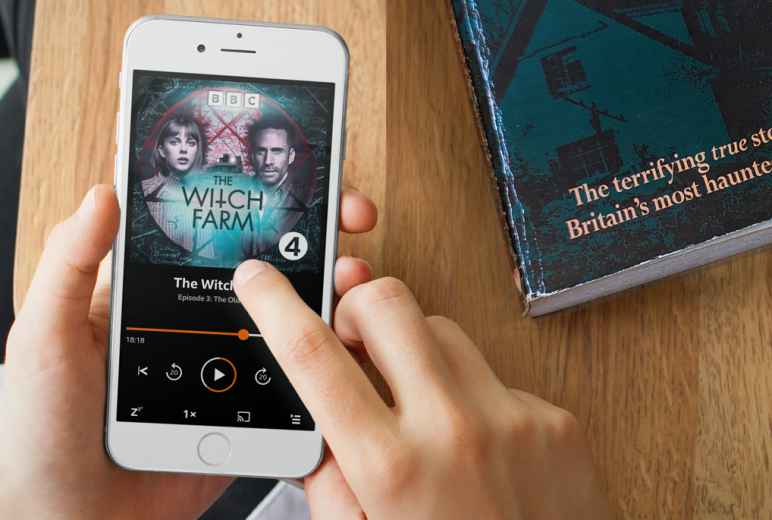 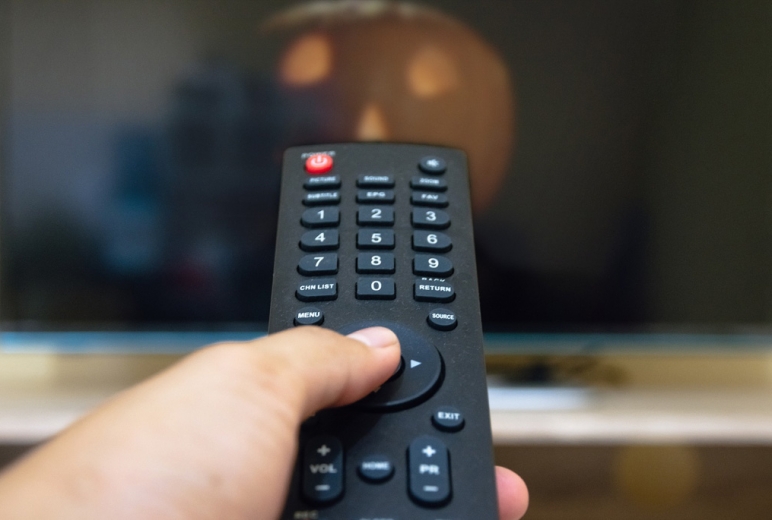 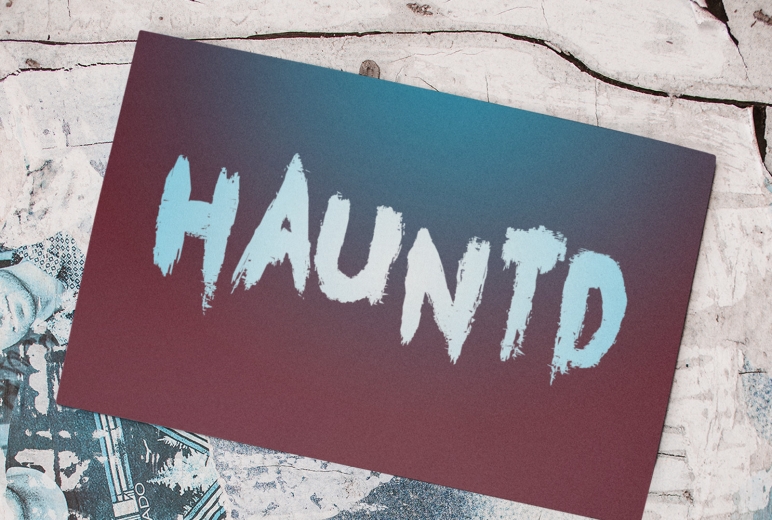