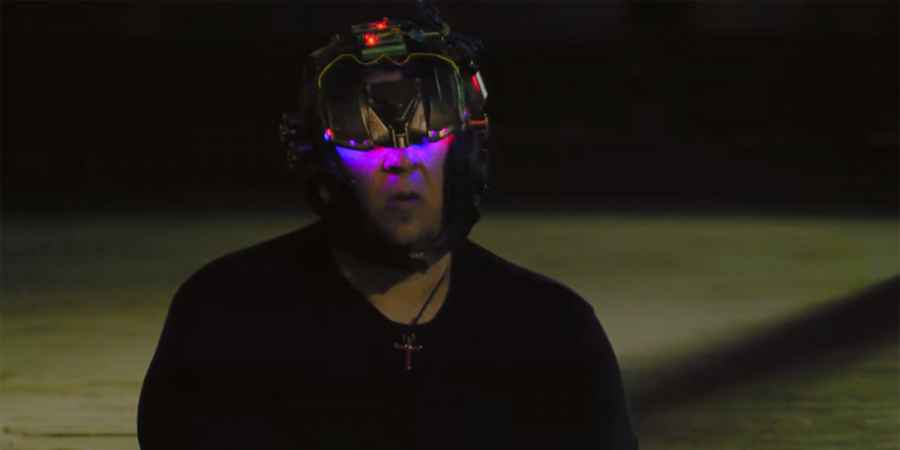 Photo: © Netflix
As '28 Days Haunted' seems to be a popular choice on Netflix this Halloween, many viewers who are not familiar with ghost hunting are stumbling upon the strange world of paranormal investigation and all the odd-looking devices and gadgets it entails.
The series is actually pretty good at making sure it's accessible to all, by offering jargon-free explanations of paranormal terms and equipment which will serve Netflix viewers as a gentle introduction to the genre.
Throughout the series we see the team handling electromagnetic field meters of various kinds, plus Spirit Boxes, REM-Pods and other weird and wonderful contraptions. If you've missed one of the show's helpful explainers, or you just want to find out more about the ghost hunting tools you've seen in the show, then keep reading. 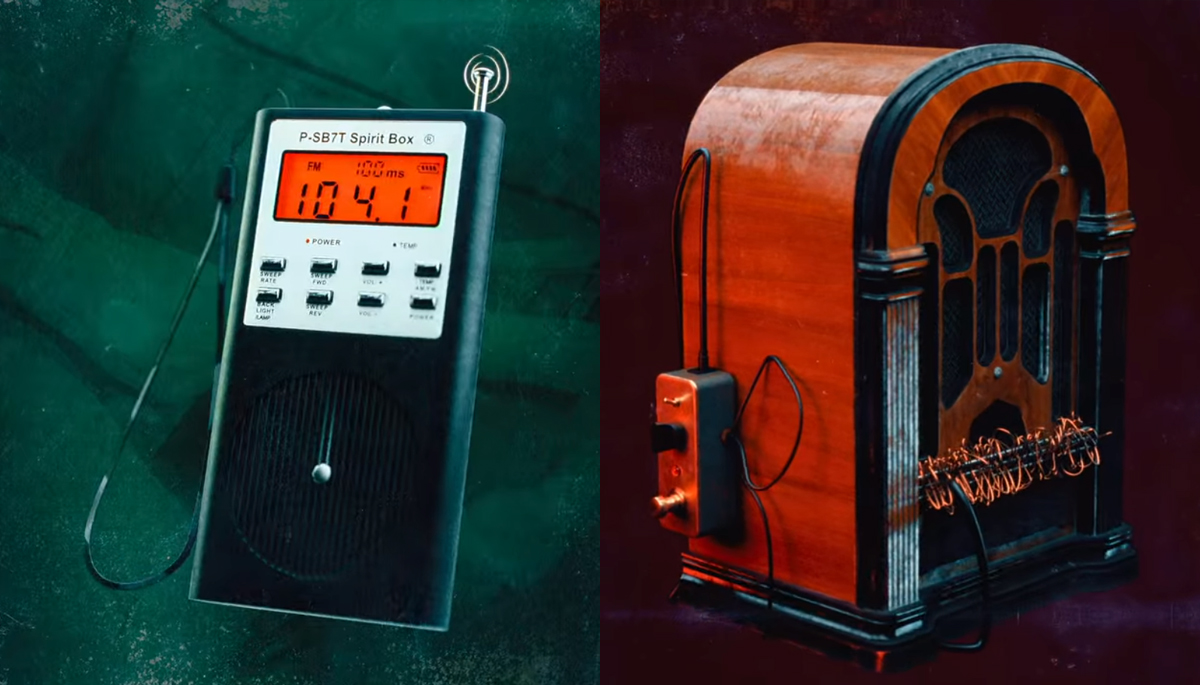 Photo: © Netflix
Two of the teams in '28 Days Haunted' used a Spirit Box. If it sounded to you  like burst of music from radio stations coming through the device, that's because it was.
A spirit box rapidly scans through the AM and FM radio spectrum, as it does fleeting bursts of white noise and static can be heard, as well as radio broadcasts. It's believed that spirits are able to manipulate the white noise or the radio bursts in order to form words and phrases which serve as intelligent responses to investigators' questions.
Sean Austin, Nick Simons and Aaron G Thompson used a Spirit Box at Captain Grant's, their box was part of a more elaborate device housed with in a vintage wooden radio case, which also included additional audio filtering and processing. They were also using an electrostatic generator, which they believed would give any spirits present an extra boost of energy they could use to communicate.
Early in the series we saw Shane Pittman use a Spirit Box at the Lumber Baron Inn during a  a sensory deprivation experiment known as the Estes Method. The experiment is designed to eliminate any subjectivity by cutting off the senses of the person listening out for spirit responses via the Spirit Box. This involves wearing a blindfold and noise-cancelling headphones to cut off his senses while the output of a Spirit Box is fed to the investigator through the headphones.
Shane said, "the first time I do an Estes session at a new location, I learn a lot. I can tell how many spirits there are, whether they're good or evil. Whether they're wanting our help, or they're just wanting us out."
» Find out more about Spirit Boxes and the science behind them 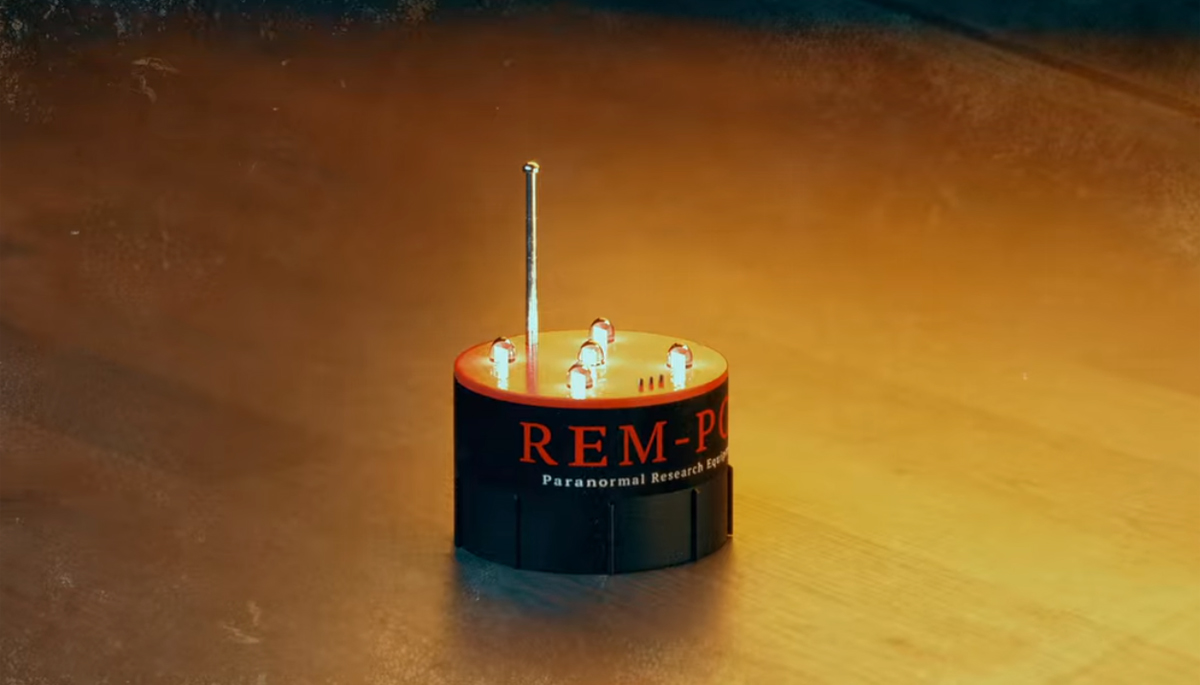 Photo: © Netflix
A REM-Pod is a bit of an iconic device in the paranormal world and one that features heavily on other paranormal shows, although it wasn't over used in '28 Days Haunted'.
In the Netflix series we're told, "the REM-Pod creates an electromagnetic field around the antenna that reacts to ambient temperature." This is a little misleading, or at best, poorly worded. A REM-Pod does indeed radiate its own field, it radiates an electrostatic field through the antenna. This is where its name comes from, Radiating ElectroMagnetism. The show's narrator continues, "if the ghosts are communicating with investigators they'll touch the device by breaking that electromagnetic field and the REM-Pod will light up and beep." This is correct, the device senses changes in the field around the antenna, if anything enters or leaves that field, the REM-Pod audibly and visually triggers, but this can be done a short distance away from the device without the need to actually touch it.
» Find out more about REM-Pods and how they work 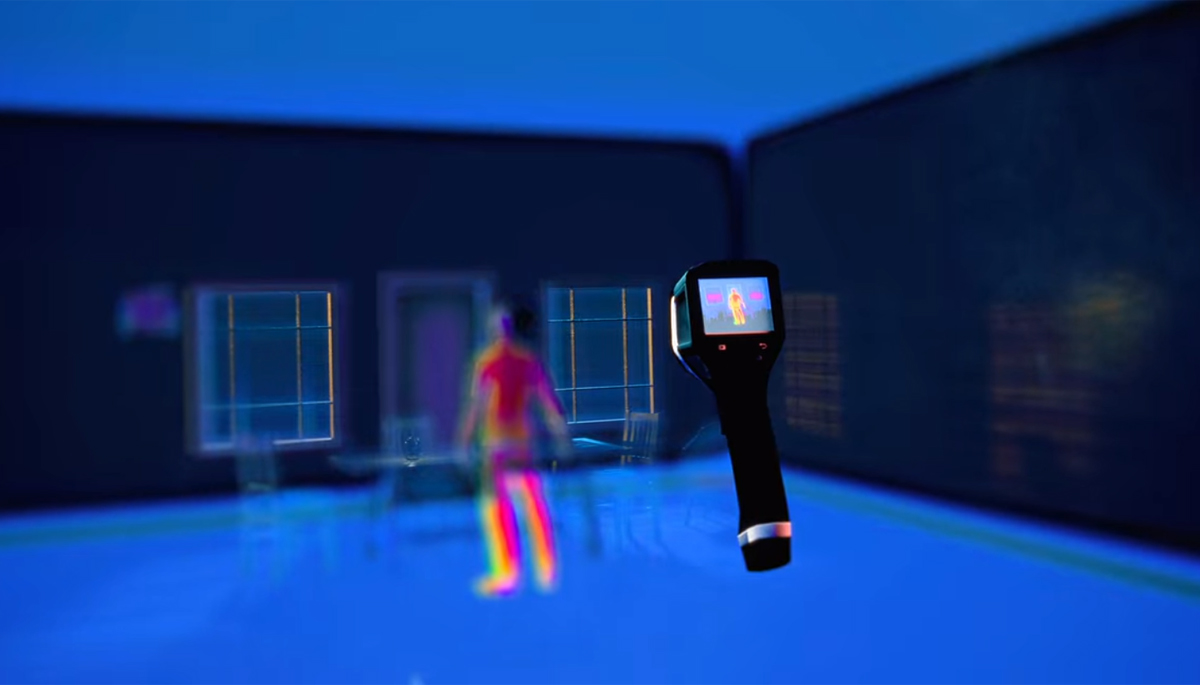 Photo: © Netflix
Thermal imaging cameras are a relatively expensive piece of equipment which are traditionally used in the construction industry and by firefighters. Because they can measure infrared radiation and display it visually on a screen, they have become popular with ghost hunters looking for heat anomalies in haunted locations. It's believed for example that unexplained cold spots are a sign that a spirit is present, or even close to manifesting in a physical form.
» You can read more about thermal imaging here 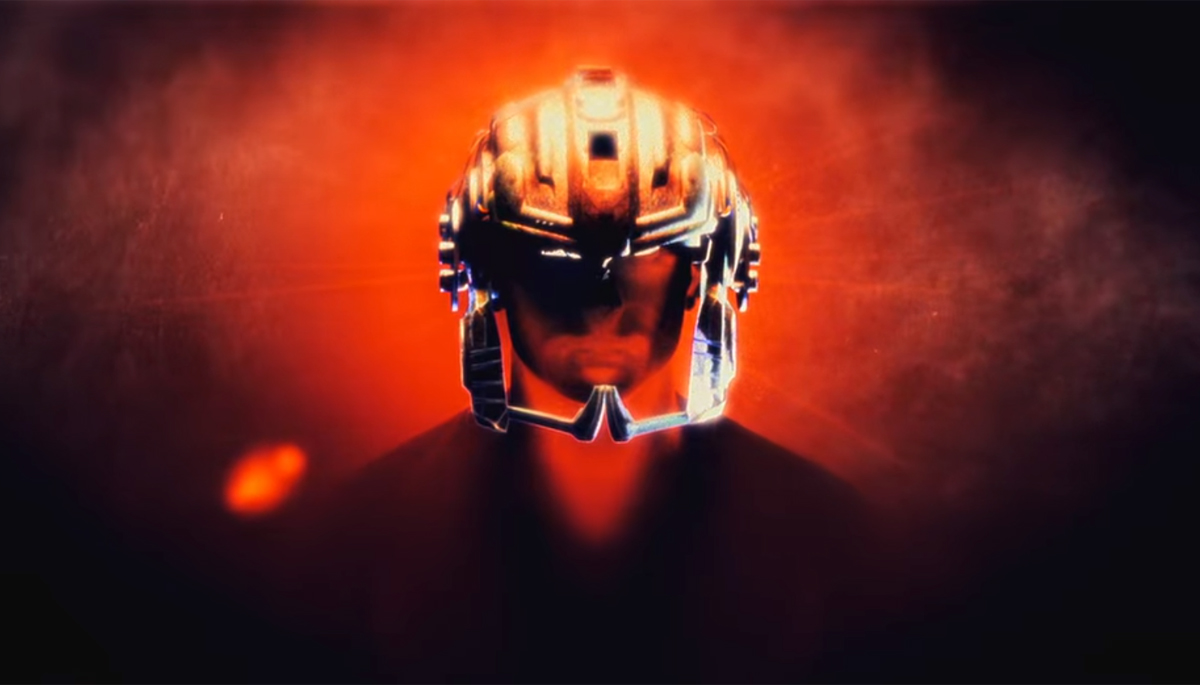 Photo: © Netflix
Near the end of the series we see Jereme use a God Helmet, this scientific-sounding apparatus is said to heighten awareness through the use of neuromagnetic pulses generated by the helmet's electronics. Since this is said to help a psychic target on specific entity in order to communicate with it, Jereme uses it in the hopes of blocking out the dark energy at Madison Dry Goods in order to cut through to the trapped spirits of the building.
It's not clear how ghost hunters discovered this use, or at least belief, in the helmet. It was originally developed to show how electromagnetic fields could trick the human brain in to experiencing what seemed like paranormal activity, rather than actually inducing real activity. The helmet was invented by Michael Persinger, a Canadian neuroscientist. He found that his helmet-wearing volunteers who he exposed to a weak-pulsed magnetic field for just 15 minutes began to feel like there was an invisible presence in the room. This could explain some reports of hauntings in locations where there is an erratic or strong electromagnetic field. 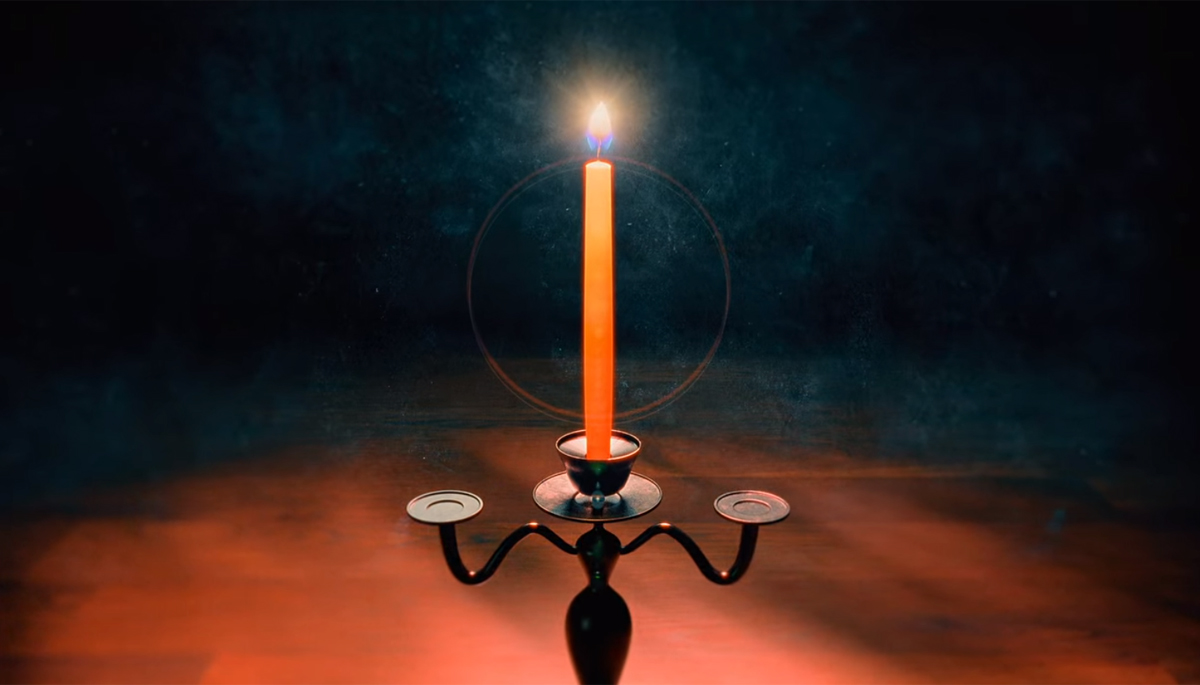 Photo: © Netflix
A candle is a cheap way of trying to contact the dead that anyone can try. Candle scrying, as attempted by Amy at the Lumber Baron Inn, involves gazing at a candle's flame for an extended period of time and calling out to the spirits in the hopes they might manipulate the flame. As a psychic Amy hoped that the spirits might also show her images in the fire.
The experiment is usually conducted in a quiet and controlled environment by simply placing a candle on a flat surface away from draughts and lighting it. While encouraging any spirit who might be present to communicate, you should look for changes to the flame. This could be an increase or decrease in intensity. You can also ask the spirits to make the flame flicker or blow it out all together.
If you want to see all of this equipment in action, the complete series, all six episodes, of '28 Days Haunted' is available to watch now on Netflix. 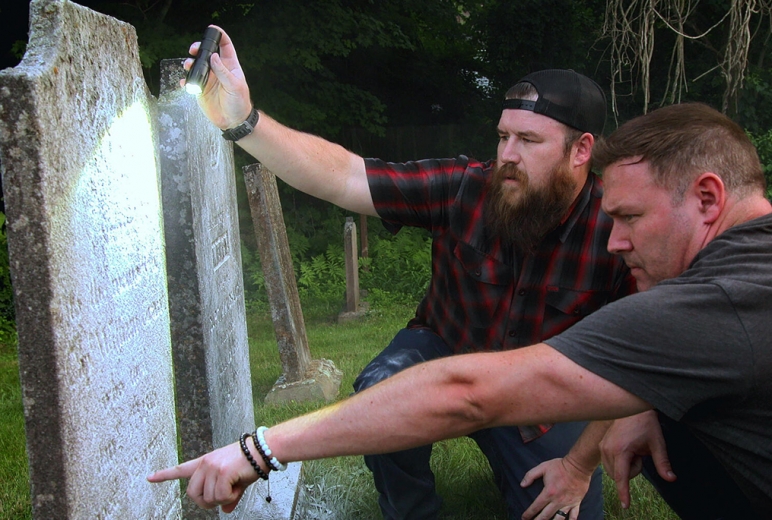 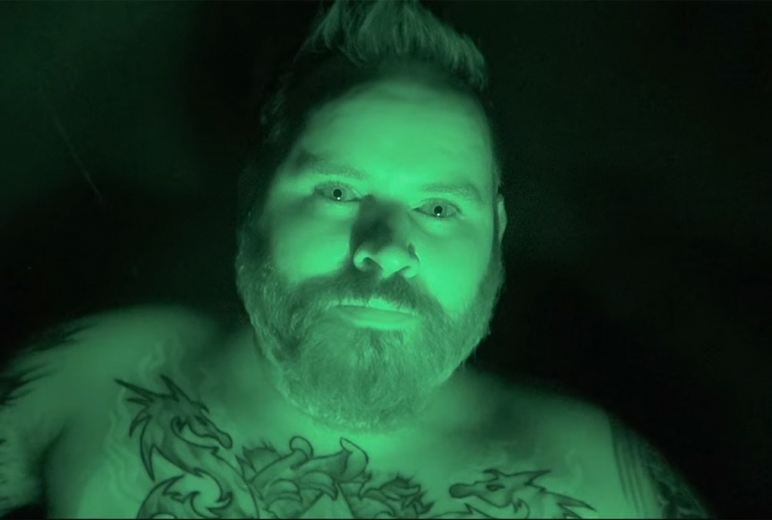 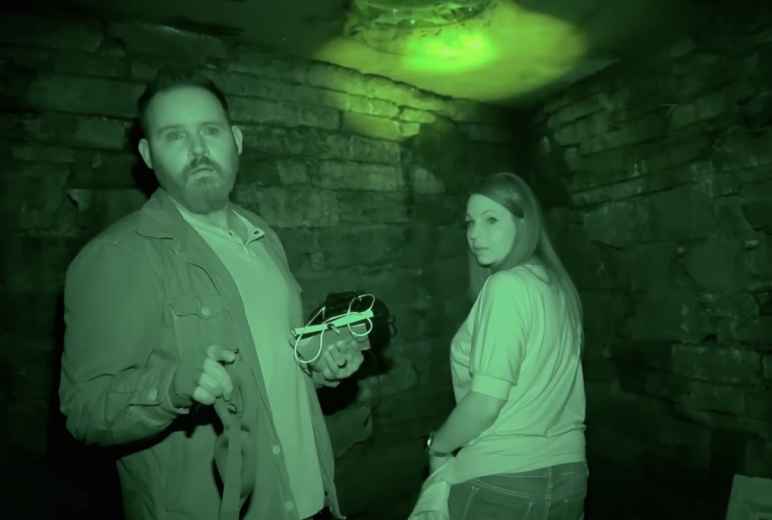