At the weekend, I joined the Most Haunted Experience team and their guests for a ghost hunt at a very creepy Victorian era workhouse and former hospital in North Wales. Bron y Garth Hospital didn't disappoint, we heard phantom footsteps in the terrifying corridors.
The event not only gave members of the public the chance to investigate a fascinating location, which began its life as the Ffestiniog Union Workhouse in 1838, but also gave fans of the long-running ghost-hunting show 'Most Haunted' the chance to meet its stars. This event was attended by Karl Beattie and Stuart Torevell from the show. 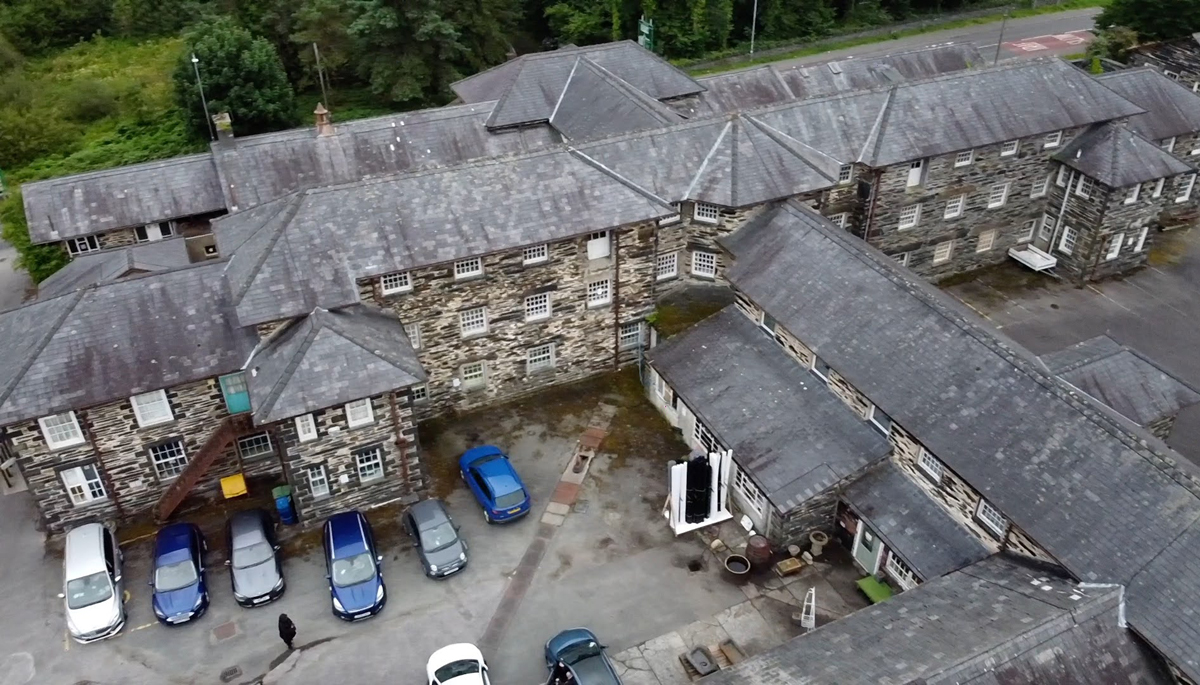 Ysbyty Bron y Garth in Penrhyndeudraeth began its life as the Ffestiniog Union Workhouse in 1838, housing the poor and homeless of the area. The most unruly of the workhouse's inmates would have been sent to the vagrants' wing, a separate building with prison cells designed for hard labour.
In 1954 the workhouse became a care home for the elderly, and over time was slowly converted and modernised, eventually it became the Bron y Garth Community Hospital, until its closure in 2009.
The buildings have been left empty and decaying for over a decade. The only visitors to the dark corridors and empty rooms over the last few years have been the lesser horseshoe bats who live in the buildings, and teams of local ghost hunters. Paranormal activity ranges from doors opening and closing on their own, dark shadow figures, unexplained knocks and bangs, and disembodied voices.
Despite a decade of neglect, most parts of the buildings are in surprisingly good condition with many of their fixtures intact from its time as a hospital, which really adds to the creepy vibe at this remote paranormal hotspot. 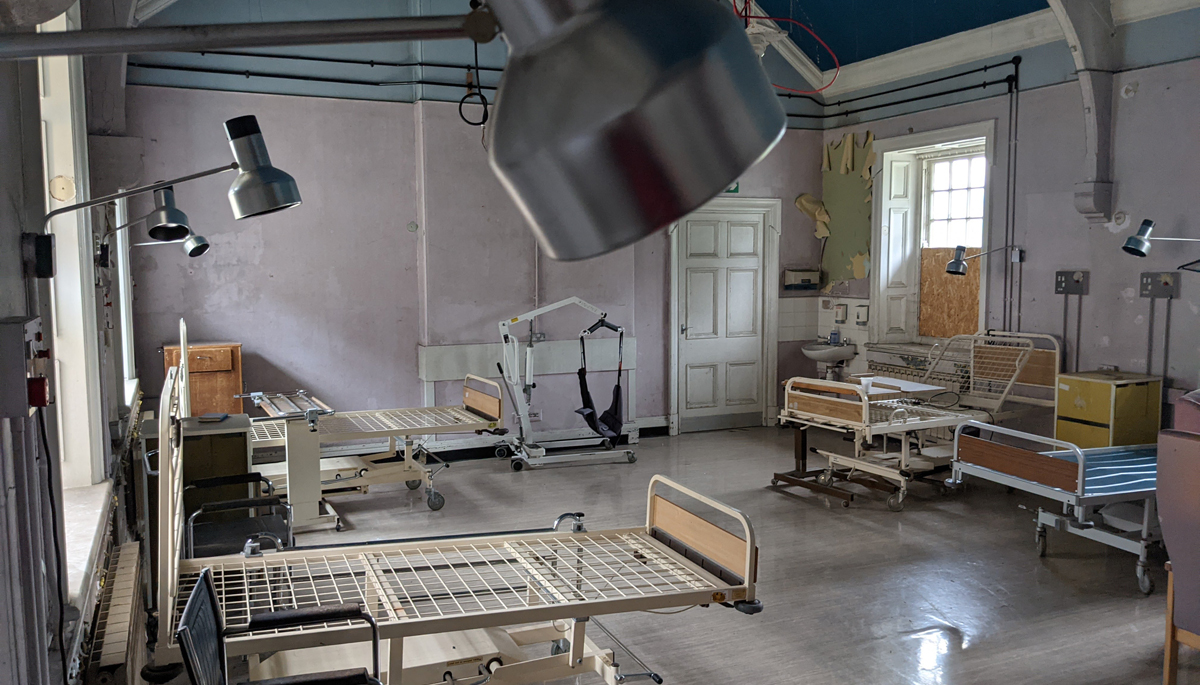 As always with these sort of public events, the guests were split into teams and we headed out into the building to conduct a paranormal investigation guided by the Most Haunted Experience (MHE) team. Guests get the chance to try various ghost hunting gadgets and explore the creepy hospital by torchlight.
The main hospital building itself is a disorientating three-storey criss-cross of abandoned rooms and corridors. Many of the empty rooms are still fitted out as hospital wards making them even creepier to investigate.
We investigated a large open ward on the ground floor, a small two-bed ward which was used for end of life care, and the old physiotherapy ward, which was made even creepier by the remains of an asylum-themed escape room that was briefly housed there.
We then headed upstairs where we investigated the former staff dining room, a sitting room and the patients' dining room.
During our time in the main building we experienced some strange knocks and bangs, whistling sounds, and even a cupboard door that seemed to open on its own in the sitting room, but the true paranormal potential of this location really revealed itself when we ventured into the hospital's outbuildings. 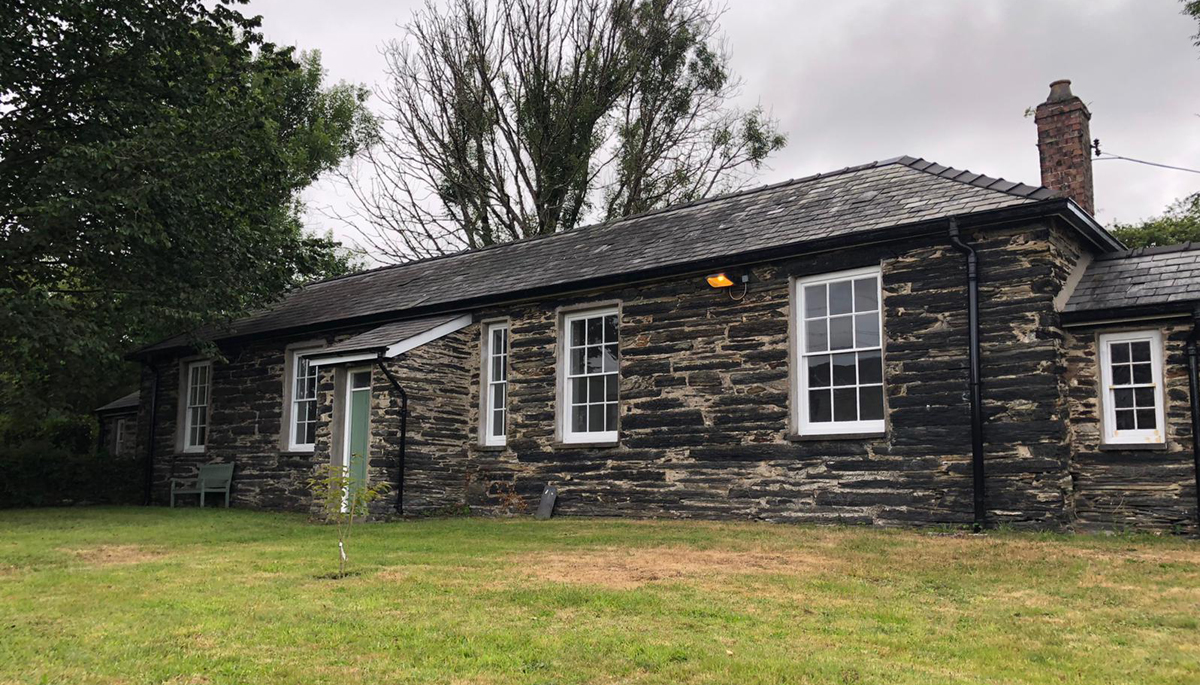 We started our investigation in a relatively small building known as 'the cottage'. This single-storey building was once an isolation ward which housed inmates with infectious diseases during the workhouse's operational years.
The building consisted of a long corridor, several small rooms and one larger room. There's no denying that this cottage had an unsettling feel about it at night, the darkness seemed to creep across the floors and the atmosphere felt charged.
We began together in the largest of the rooms. In this area we heard some subtle taps and knocks and some of the ghost hunting gadgets triggered, seemingly on demand.
However the most interesting incident was that several of the guests saw what they thought looked like a dark figure outside the room standing at the other end of the corridor. As a skeptic, not much scares me on a ghost hunt and I'm there to experience these things for myself, so I asked the MHE team if I could go and stand alone in the area where the figure had been seen.
I have to admit, for the first time on an event like this, something scared me. I walked towards the small dark room at the end of the corridor and stopped in a door way with my back to the room. Straight away I heard a knock which seemed to be coming from the door frame directly above my head.
That was enough for me, I didn't quite run for safety, but I did take a couple of quick steps away from the dark room and turned to face it rather than having my back to the unknown. Later I was joined by another guest and MHE's team member, Aaron. Now with safety in numbers, we all heard very subtle taps around us, as well as unnerving shadows and even odd flashes of light. 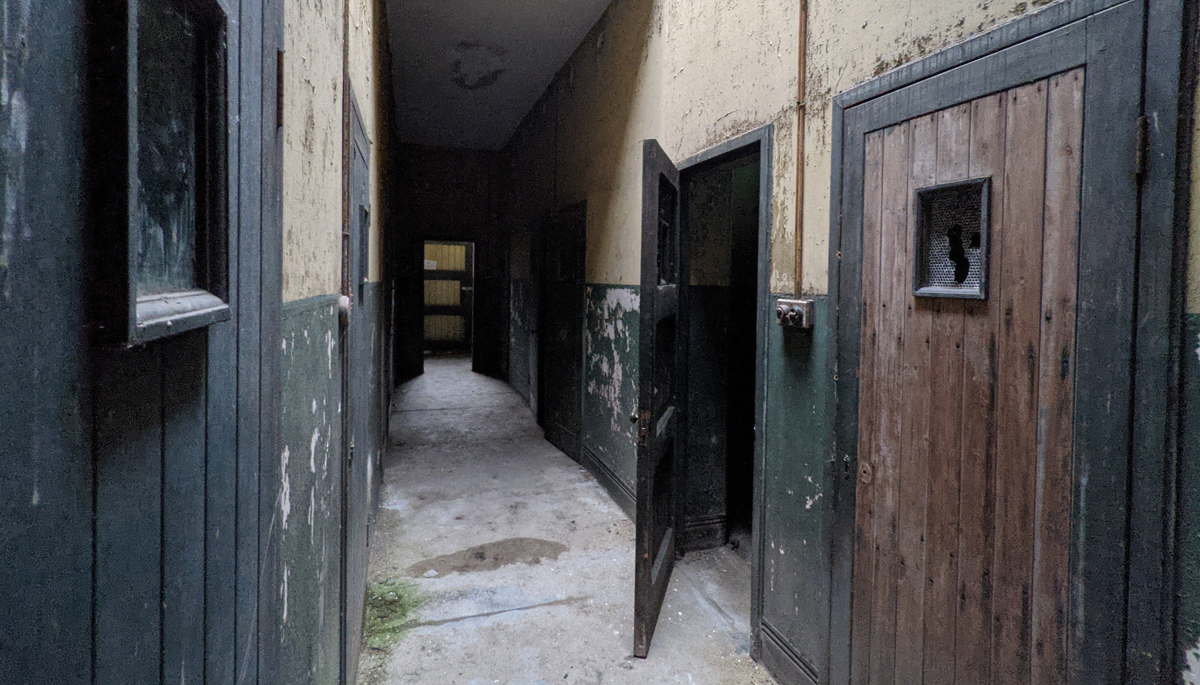 By far the most active and interesting part of the site was the vagrants' wing. This building is the only part of the site to remain unchanged from Victorian times and still has the original cells that inmates of the workhouse were locked inside of where they were made to break rocks to get a meal.
Of course we investigated the creepy dark cells, but it was in a room at the end of the building with a large fireplace that we experienced something very interesting.
We'd already started hearing several unexplained noises that sounded like footsteps coming from outside the room. These footsteps even seemed to appear on command. We were then joined by Karl and Stuart and straight away we noticed something odd.
As Karl walked across the bare wooden floor it sounded like there was a second set of footsteps. We asked Karl to repeat his movement and sure enough, after Karl had come to a stand still two or three more footsteps could be heard.
We were able to reproduce this for the next five to ten minutes. During this time most of the guests tried walking around the room and again we heard the eerie sound of phantom footsteps following them. After a while the phenomenon just suddenly stopped.
Could it have been some kind of strange echo? Were the floorboard simply creaking moments later as they settled after being trampled on? I suppose these two options are possible, but the delay was too long to be an echo in such a small space and the noise didn't sound like creaks, they sounded like heavy booted footsteps. It's also odd that after almost ten minutes of this, the sounds stopped so suddenly and couldn't be repeated. 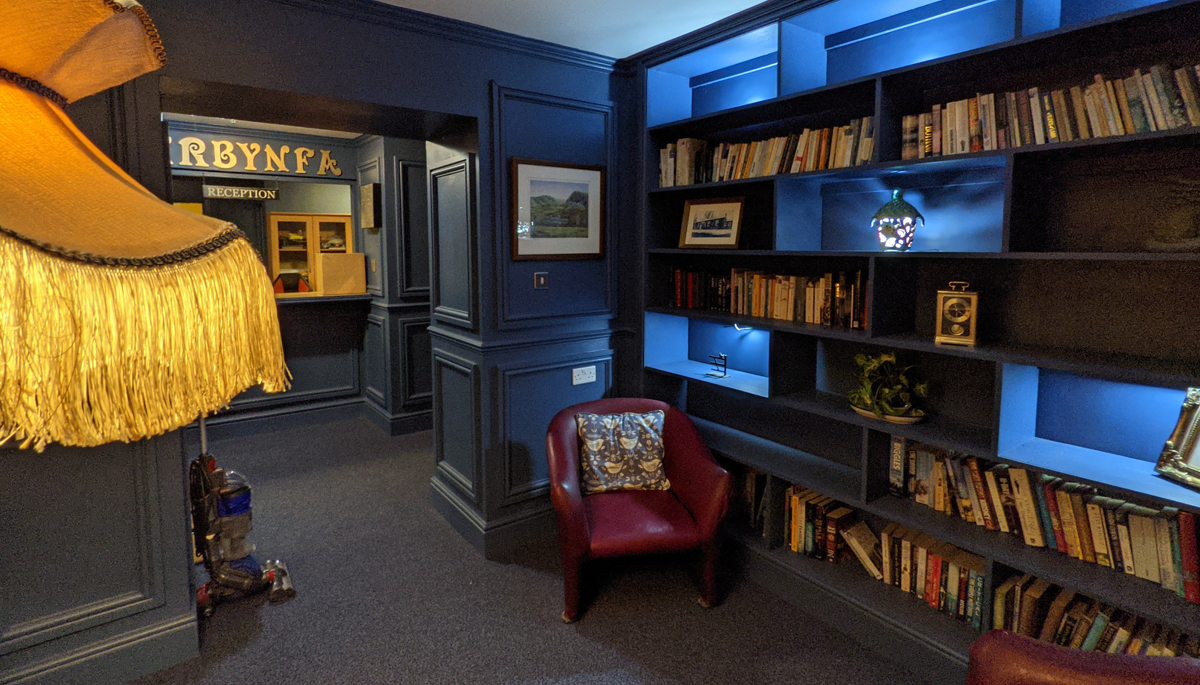 With so much misery from suffering and incarceration from its years as a workhouse, and the many deaths from its time as a care home and hospital, it's no wonder this location appeals to paranormal investigators.
Everything about this ghost hunt was great. Although most of the activity we experienced throughout the night was subtle, it was constantly there, it felt like it was building and that we only saw the tip of the iceberg. Some of the most standout activity we experienced, like the footsteps and the cupboard door opening, were some of the most interesting things I've witnessed on a ghost hunt.
I have to say that after spending the night at the hospital, I've become fascinated by it - not just for its haunted reputation, but also for its history and future potential. After being abandoned for almost a decade, Bron y Garth is now in the care of Andrew and Virginia who have ambitious plans to turn the hospital into a hotel.
The scale of the project is huge, but the couple, who fell in love with the building after driving past it one day, are slowly chipping away at the restoration. They hope to transform the site in to a luxury hotel, self-contained holiday apartments, a bar and restaurant, retail units and on-site yurts offering a luxurious camping experience.
If you'd like to book your own ghost hunt with Most Haunted Experience, you can find more information at mosthauntedexperience.com.
Tags:
ghost huntsparanormaltopicalwalesmost haunted experiencebron y garth hospital