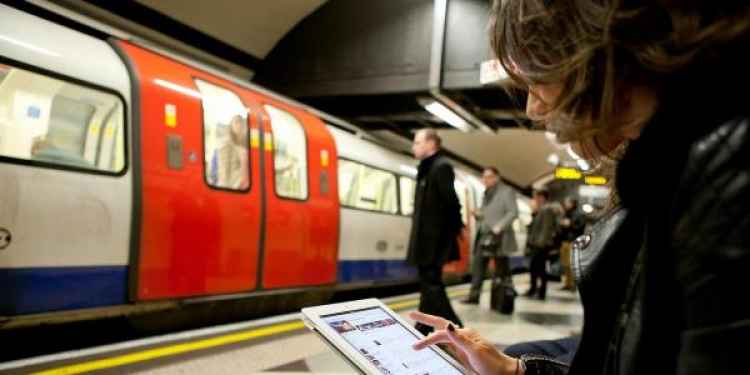 Londoners might hate being stuck underground on a packed train on their commute to work, but according to Joe Kane's documentary there's much more to fear on the tube than the rush hour crush.
London Underground is one of the oldest subterranean networks in the world, it moves millions of people day and with such a long and varied history, it's no surprise that the network has its fair share of ghost stories.
More than one billion people use the London Underground annually, yet few of them know just how haunted the tube really is. This 47-minute-long documentary narrated by Paul McGann investigates the supernatural secrets of the network in the world, exploring the graves, church crypts and plague pits that tube tunnels have disrupted.
'Ghosts on the Underground' features the legendary Society For Psychical Research investigator, Maurice Grosse. He was the first paranormal investigator sent to investigate the Enfield poltergeist the society and that he became the lead investigator on the case, sticking with the family throughout the whole duration of the poltergeist activity.
Hear from witnesses, including Transport for London staff who discuss hearing phantom voices and seeing full-bodied apparitions in the network's miles of tunnels, platforms and ticket halls. The documentary also delves into the past of these historic transport hubs in an attempt to explain the cause of the reported paranormal activity.
These grim stories revolve around certain sections of tunnel where many people have lost their lives over the years, including over a hundred people crushed to death during World War II.
The 2005 television documentary explores the haunting history of the now-disused King William Street tube station, as well as ghosts on the tracks and stations of the Northern Line, Jubilee Line, Bakerloo Line and more of the network's routes.
Plus there's the Liverpool Street incident, ghost on the Kennington loop, an entity known simply as "the Supervisor" and the Screaming Spectre of Farringdon station.
Tags:
paranormaldocumentariestelevisionlondonghosts