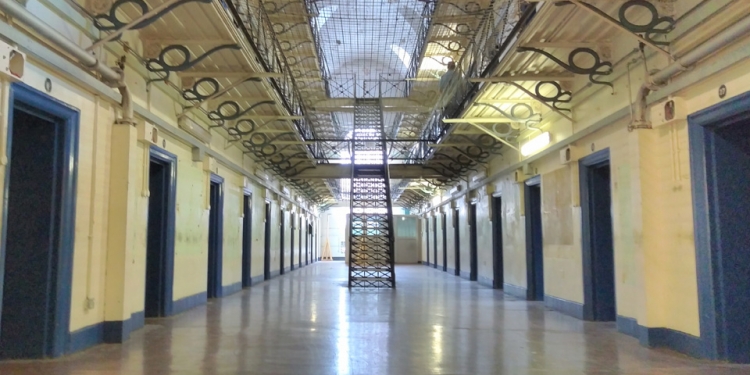 HM Prison Gloucester in the West of England opened in 1791 to house some of the UK's most notorious criminals. In the prison's early days over 100 executions were carried out, the prisoners bodies were buried within the prison, to this day not all have been found. So with this gruesome tale in mind I thought the now-abandoned jail was worth a visit.
The prison closed four years ago and is now open to public, I visited today and paid a little extra to do a guided tour which was well worth the extra money but if possible, try to get on the earlier tours as once you've been shown around you'll then still have the time to stroll around at your leisure.
As you might expect for a building which has housed so much evil, it has its fair share of ghost stories. Many claim the prison is haunted by a woman called Jenny, it's said she was murdered in the 15th century on the land where the prison was later built. Now her spirit roams that land in search of her killer, her ghosts has been seen by many prisoners and guards.
Since the prison opened as a tourist attraction, they've host several paranormal-themed events, but this isn't the first time ghost hunting has taken place at the establishment. In 1969 a group of inmates conducted a seance in cell 25 of A Wing in an attempt to contact the ghost of Jenny and got more than they bargained for when books and even a flowerpot were thrown around the cell by a supernatural force.
This wasn't the last time the inmates saw of Jenny, just a few days her disembodied hand appeared to the convict inhabiting cell 25, it pointed directly at him before vanishing as suddenly as it appeared, earning cell 25 the reputation of being the most haunted part of the 200 year old building. 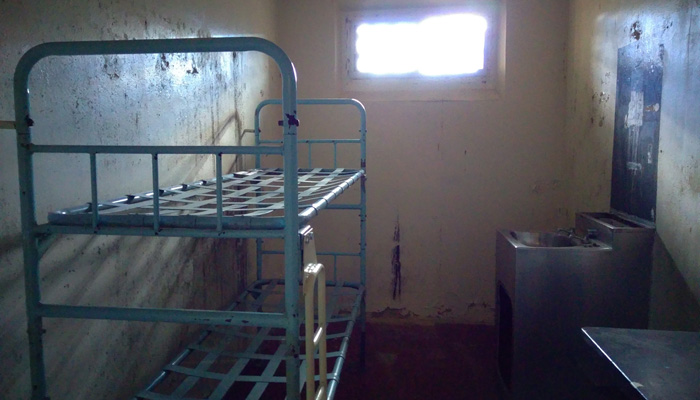 Staff and prisoners have reported hearing knocks and bangs throughout the prison's buildings, as well as slamming doors and shadowy figures which have mostly been sighted in C Wing, a newer part of the prison that was built in the 1970s. All this has given the location the title of "one of the most paranormally active prisons in the world."
On one occasion it's said that a skeptical prison guard was locked in a cell, despite the fact the door wasn't fitted with a lock which gave him good reason to question his lack of belief in ghosts and the paranormal.
There's also stories of the ghost of a woman who was herself a prisoner from the nearby Gloucester Abbey where she was held in a cell. It's said that she returned from the dead to roams Gloucester Prison mocking and taunting the prisoners.
However the most chilling tale from this prison's past is that of the execution which were carried out within the prison walls between 1792 and 1864. Over 100 men were hanged while the prison warden watched on from his office window situated opposite the gallows.
The executed criminals were buried in unmarked graves in the prison's grounds, many of which remain there to this day. During some recent archeological excavations a team managed to over just 14 of the 102 bodies believed to be on the site. 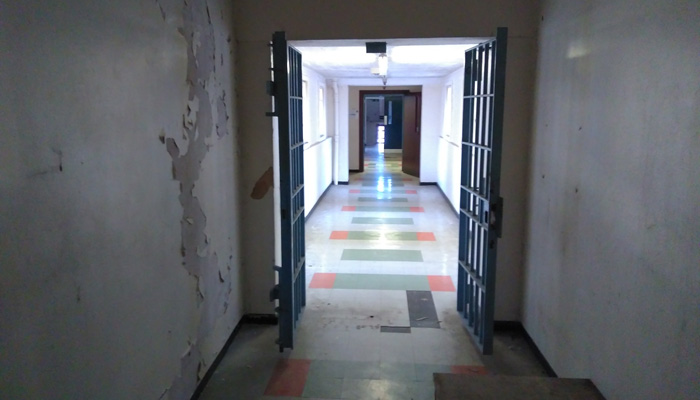 I really enjoyed my trip around the prison, it took about two hours to walk around and our guide talked us through some of the prison's main areas including the reception rooms where inmates where checked in to the prison, the exercise yards, the three main prison wings including the segregation cells. We also visited the prison's chapel, welfare centre, workshops and the site of the former gallows.
The tour was a genuinely fascinating insight into life in prison, it dispelled a few myths and gave me a glimpse into the routine and security procedures of a prison. Our tour guide gave us this insight from his perspective as a former guard at the prison, but on our tour group we happened to be joined by a former inmate of the prison, it was interesting to hear memories of life behind bars from his perspective too.
The regular tour of the prison doesn't include the paranormal history, although our tour guide, Steve, was excellent and open to any question about the establishment's past. However if you would like a chance to hunt spooks at the former Category B prison, then you'll be pleased to hear that there are some specialist tours and events which promise to test your nerve and guarantee scares.
Several paranormal events companies give paranormal researchers the chance to visit the prison at the dead of night, they are currently selling tickets to several overnight ghost hunting experiences in 2017. During the night you'll get the chance to attempt to make contact with the spirits who inhabit the prison during a series of seances, vigils and paranormal experiments.
Tags:
paranormalgloucestershirehmp gloucester