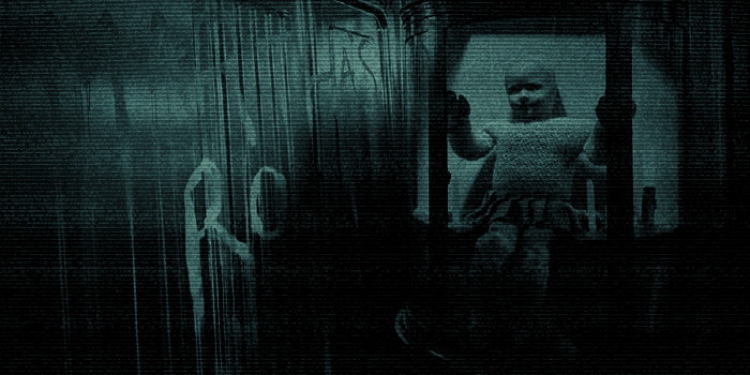 With the country currently locked down due to the coronavirus pandemic, paranormal teams are finding novel ways to keep their followers entertained at home.
UK Ghost Hunts are no exception as they've turned to cameras to virtually bring customers back to their attraction. The ghost hunting team is run by Steve and Marie Wesson, who also own one of UK's top haunted attractions.
Nottingham's Old Picture House & Haunted Museum is housed within a former cinema on Woodborough Road, and like many other paranormal hotspots at the moment, the museum has been closed to visitors for the last few weeks. The venue was forced to temporarily abandon all ghost hunts and tours at the location to comply with the Government's COVID-19 guidelines.
The team at the Haunted Museum have been using their time to install 12 high definition night vision cameras around the property that will stream audio and video live from the attraction via its website. The webcams will be live 24 hours a day, seven days a week at thehauntedmuseum.co.uk.
The cameras will give fans of the paranormal the chance to get a much-needed paranormal fix from the safety of their own home. Viewers will be encouraged to watch the static cameras and look out for anything strange occurring while the building is in lockdown.
If something odd is caught on camera, it wouldn't be the first time. In their first year of running the museum, Steve and Marie captured what they believe to be paranormal activity on CCTV camera. The video footage shows a heavy metal handle on an old funeral hearse swinging wildly of its own accord while the building was locked up over night.
There is a fee to pay in order to view the live cameras, which when compared to the amount consumers are used to paying for services like Netflix, isn't great value, but access to the cameras is affordable. Most importantly, the income will mean that the digital venture will help bring much-needed funds into the business, which is currently being hit by a lack of ticket sales and event bookings due to the lockdown.
Before the coronavirus restrictions came into effect, the museum hosted various well-known paranormal teams including the Ouija Brothers, and UK Haunted, who partnered with the Really channel for a live investigation of the property last Halloween.
The old cinema, which has many of the original features intact, now houses various items with dark attachments, including a mummified cat named Cecil which is said to meow, as well as an instrument used to summon Satan called the Devil's Guitar, which came all the way from Iraq. There's real human skulls, a dybbuk box that is said to contain an evil spirt, and a doll made from a dead man's bandages, which has been seen to move by itself.
Visitors have reported paranormal experiences in the museum, including cold blasts of air, bangs, screams and the sensation of being touched. Straight after moving into the building Marie saw an unknown woman wandering around the property, despite the fact the museum was empty and the doors were locked.
The museum's webcams are due to go live on Wednesday 6th May.