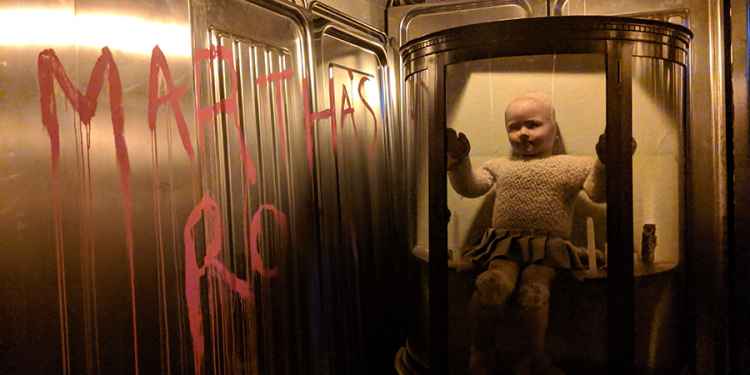 One of the UK's best-known paranormal attractions, the Haunted Museum in Nottingham, is set to relocate to a new shop on Derby Road in January 2023. It's the second move for the attraction in two years after its original home in the former historic Majestic Cinema in the Mapperley area was deemed 'beyond repair'.
The unique paranormal-themed attraction has been housed alongside other oddities at the Hopkinson Vintage, Antiques & Art Centre in the city centre since the summer of 2021. Now the museum, which is run by the team behind the paranormal events company UK Ghost Hunts are making the move from the basement of the antiques centre to its own dedicated shop.
Marie and Steve Wesson originally opened the museum back in 2018 to house their ever-growing collection of haunted artefacts and oddities from around the world. The museum's haunted items will now be put on display in what was until recently a music shop on Derby Road.
Marie and Steve will now have more room for their exhibits. When they moved into the antiques and art centre, although the basement is big, they had to leave behind some of their larger items, such as an old horse-drawn funeral hearse which made headlines when footage emerged of the heavy metal handle on the cart swinging wildly of its own accord while the building was locked up over night.
Other items that could be found on display in the old cinema, many of which may move to the new location, included a mummified cat named Cecil which is said to meow, and a musical instrument used to summon Satan called the Devil's Guitar that came all the way from Iraq. There was real human skulls, a dybbuk box that is said to contain an evil spirit, and a doll made from a dead man's bandages, which has been seen to move by itself.
With more room and a dedicated property, the museum will most likely be able to open up to more paranormal teams. In its former location in Mapperley the museum made a name for itself by hosting various well-known paranormal teams including the Ouija Brothers, and UK Haunted, who partnered with the Really channel for a live investigation of the property over Halloween in 2019.
The Haunted Museum opens in its new home at 75-77 Derby Road in January 2023.
Tags:
paranormaltopicalnottinghamshirethe haunted museum